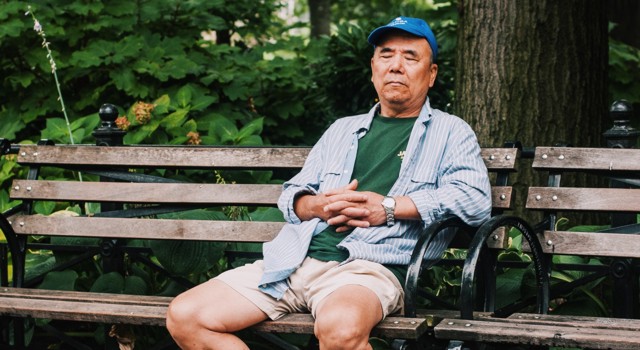 If you think the $700 billion bailout of the mortgage crisis was expensive, wait until we need to bail out Social Security. Between 2037 and 2075 the Social Security program is projected to run deficits totaling $30 trillion. And annual shortfalls are projected to start as soon as 2017.

But running out of money is not an option. In the end, some political calculation will be made, and it will have all the problems that collectivism breeds. Only from the starting point of individual freedom can effective solutions be found. But first, let’s consider some of the politically motivated suggestions that have already been proposed.

Raising or eliminating the cap on income subject to the 12.4% Social Security tax would mean the largest tax increase in U.S. history, trying to collect over $100 billion a year. This would hit upper-middle-class families and small business owners the hardest. Because entrepreneurs are the engines that stimulate economic and job growth, tax increases on them would be the most counterproductive, diminishing returns. Estimates suggest that over a million jobs would be lost and it would cost over $10 billion a year in lost economic growth.

Alternatively, we could double the tax rate and take 25% of every worker’s paycheck. But Social Security is already the biggest tax that the average American family pays. With that rate on top of all the other taxes imposed, we might as well collect a worker’s entire paycheck. The law of diminishing returns suggests that even these massive increases won’t cover the shortfall.

All this toil to maintain an average benefit of about $12,000 a year!

The second option would be to cut benefits to Social Security recipients. The difficulty here is that Social Security has become elder welfare. Without it, 46.8% of Americans 65 and older would have incomes below the poverty line. Social Security lifts over 13 million seniors out of poverty.

It doesn’t seem to matter that retired people aren’t supposed to have income. It’s evidently not relevant that some of those who would be below the poverty line are multimillionaires. You can have investments and real estate without having income. But any debate gets swamped by the image of the elderly forced to choose between purchases of food or their medications.

The only reasonable way to cut benefits would be to eliminate them for retirees with a greater-than-average income. We already reduce benefits for higher incomes, and the effects are a social disaster. Many older people who would prefer to continue as productive members of society choose not to work or they do not work as much as they could, specifically to avoid a reduction in their benefits. These are not theoretical statistics. I know these retirees personally, and they choose not to work because their Social Security is slashed by 50 cents on the dollar, and then they still have to pay tax on top of that. Punishing the productive translates to less productivity.

Until Americans are willing to recognize that Social Security is a zero-sum game, they won’t see that the system is hopelessly broken and no small fix will solve the fundamental flaw.

If Social Security had any real assets, they could be put to work growing and compounding over workers’ productive years to provide for them during their retirement. But as a redistribution system, Social Security has no assets and therefore no growth. The system has to take money from some and give that money to others.

Currently, 3.3 workers pay taxes to support each retiree. The system has worked so long as the base of the pyramid was larger than the top. But the baby boomers did not have enough children, so when they retire, the ratio of workers to retired boomer will be only 1.8 to 1. Short of burdening the next generation with massive taxes to support us, there is no solution. The system was flawed from its inception.

Thus Social Security is nothing but a pocketful of IOUs. All the IOUs claim they are paying a nice interest rate, but because the government holds the liability, this setup is only increasing the deficit, not earning real wealth. Government IOUs are a little strained these days, to say the least. They have been stretched even further by the $700 billion bailout plus the additional $100 billion of pork barrel spending that was tacked on to sugarcoat it enough for congressional approval.

The claim that free markets caused the nation’s credit troubles are so ridiculous that only George Orwell’s newspeak, the fictional language in his novel 1984, comes close to what we are hearing from politicians and the media. The vocabulary of newspeak gets smaller every year by removing any words or possible constructs that describe the concept of freedom. I’m afraid it isn’t fiction anymore.

Those responsible for causing the current crisis pretend to be our saviors and gain unbalanced power as a result. The bill declares that financial institutions are “designated as financial agents of the Government.” Then it goes on to state, “Decisions by the [Treasury] Secretary pursuant to the authority of this Act are non-reviewable and committed to agency discretion, and may not be reviewed by any court of law or any administrative agency.”

Liberals and conservatives voters alike opposed writing the government a blank check because they long for freedom. Jim Moran, one of the most liberal members of Congress, was quoted as saying that calls to his office regarding the bailout were running about 50-50: “50% NO and 50% HELL NO!” The freedoms given up in the present bailout pale in comparison to those we will have to forgo when Social Security threatens to default.

It is unlikely that Social Security will provide you a sufficient retirement lifestyle. But regardless of what happens in Washington, D.C., the most important actions to assure your own retirement are in your control. Be part of the credit solution. Make sure you are saving and investing at least 15% of your take-home pay.

Photo by Craig Philbrick on Unsplash