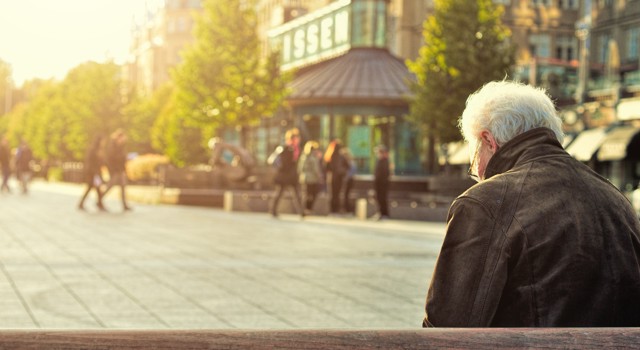 Between 2037 and 2075, the Social Security program is projected to run deficits totaling $30 trillion. And annual shortfalls could be a problem as soon as 2017.

Privatizing the system could break the political deadlock between cutting future benefits and raising payroll taxes. We can have both our benefits and lower taxes if we finally admit that socializing retirement was a mistake and once again trust in the power of free markets.

For some people, the current volatility and decline in the stock market makes the best case against privatizing Social Security. Why would we want to inflict market shocks on every American’s retirement? Isn’t Social Security at least secure? Unfortunately, it is not.

Computing a return on Social Security as though it were an investment is difficult but not impossible. For example, my average annual return is about negative 7%. It is so poor for three reasons. First, average lifetime annual incomes above $60,000 produce miserable returns. Second, because I fall at the end of the baby boomers, my Social Security withholdings are at the current high rate of 12.4% rather than the lower rates that might have produced a better return. Finally, for those born my year (1960) or later, the age to receive full Social Security retirement benefits was raised from 65 to 67, further lowering returns.

Not everyone’s return on Social Security will be as bad as mine. On average, Social Security provides a return of about 1.2%. If you don’t work and therefore haven’t paid into the system, your return is a complete gift.

Proponents of the system view the redistribution of wealth from workers to retirees as positive. They believe we should pay whatever it takes to preserve the program in its current form. That the system destroys wealth and property rights is ignored because the system impoverishes the elderly more equally.

For more typical people who might receive the equivalent of a 1.2% return on their Social Security, they would get just as much benefit earning 7.44% on a third of the contributions. Thus 4.1% invested privately could do the job that 12.4% in Social Security can’t seem to do without massive deficits. The proposals for privatization suggest allowing younger workers to invest 5% on their own. The other 7.4% would continue to be confiscated to pay aging early baby boomers the normal Social Security entitlement. A few years of deficit spending will be necessary before private accounts begin to relieve the deficit. But ultimately, private accounts will yield a greater benefit than Social Security ever provided. And when the baby boomers are off the Social Security dole, tax rates could be reduced to 5%.

Rather than relieving the problem, raising taxes exacerbates the inequities of Social Security and sends the average returns negative. Additionally, no matter where they are found, the higher taxes required to bail out Social Security would stifle economic growth. Most of the solutions that propose raising taxes result in top margin rate increases of over 15%. This level of curtailing freedom would kill economic growth and innovation.

Of course, cutting benefits is hardly a more attractive option.

Interestingly, either increasing taxes or reducing benefits sets the bar lower for private accounts to beat by any comparison. Privatization simply eliminates benefits for all the workers who can do better with 5% of their payroll taxes than the government does with the entire 12.4%.

Some people like the idea of using the growth engine of private accounts. But they suggest the government maintain control of the money. They would allow the government to invest retirement accounts directly in the private markets. So the government supposedly would protect citizens from their own ineptitude.

Others suggest that governmental involvement and oversight in the financial markets would bring a welcome measure of accountability to corporate America. They favor the so-called good intentions of politicians over the greedy motivations of the financial world.

Although tempting, this idea would be disastrous for freedom and for free markets. Even Alan Greenspan, former chair of the Federal Reserve, warned that governmental investing would “have very far reaching potential dangers for a free American economy and a free American society.”

With private Social Security accounts, millions of workers would make independent investment decisions. But if the government took it on, the impact would be unified and rigid. And concentrating that power in a single government entity would magnify its effect. Having a Social Security trust buying and selling in the markets would be like turning on every electrical appliance in your house at the same time. The government retirement monopoly would short-circuit the free markets.

Overnight the government would have a controlling interest in virtually every major company in America. We should have learned from the scandal of political appointments to Fannie Mae and Freddie Mac that political power breeds political corruption.

The federal system would become swamped with feel-good laws requiring investments designed to stimulate the economy, create jobs or develop alternative energy sources. Federal advisors would shun investments that did not pass the litmus test of political correctness.

Some have suggested limiting the government’s investments to passive index funds. But that leaves unanswered the question of which indexes will be used and in what percentages. Would all the investments be in U.S. stocks and bonds? If so, the resulting asset allocation would only use two of the six asset categories we recommend.

Ironically, the goals of collectivism are best achieved by respecting individual liberties. When well-intentioned bureaucrats force choices on workers, the incentive for innovation and risk vanishes. As a result, society hardens into a rigid structure that cannot easily align itself with changing market conditions.

Collectivism starts with the premise that the common people cannot be trusted to make their own choices. Once you have accepted that premise, you will take whatever you need and give whatever you want without regard for individuals who would have done otherwise.

Acting on behalf of a collective often justifies imposing our priorities on individuals. For example, if the few in charge believe that foreign investing costs American jobs, they will not allow us to invest overseas. Or if they believe that companies who develop alternative energy sources are a good investment, they will force us to invest in them.

We certainly know by now that not even smart people can force the markets to behave in a certain way. You might as well pass laws outlawing hurricanes.

These are some of the socialistic assumptions that caused the current Social Security system to fail. Privatized accounts could turn that around. It would be a shame to make the same mistake a second time and destroy the engine of capitalism in the process.

Privatization uses the strength of America’s capitalist engine to solve the weakness of socialized retirement. Do your part by asking your senators and representative to support privatizing a portion of Social Security. And then assure your own retirement by saving 15% of your take-home pay regardless of what happens in Washington, D.C.

Photo by Huy Phan on Unsplash