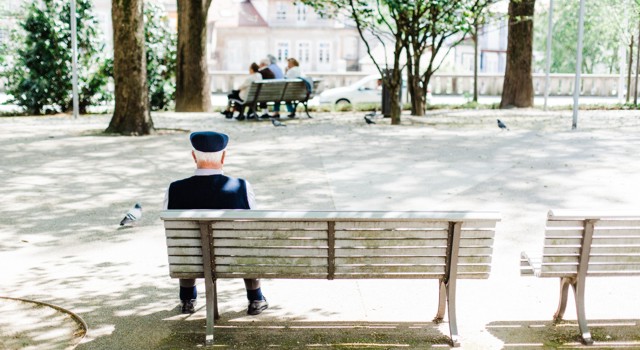 Every four years, the soundness of the Social Security program is reviewed. The group’s report goes to the President and the Congress. The conclusions reached are always the same: the program is broken and needs to be fixed. Every time, the Congress ignores the recommendations because they want to be reelected and the remedies are too difficult politically.

Even hinting that there should be changes in the program came to be known as “the third rail of politics.” Touch it and you die politically. However, in the recent presidential election campaign, President Bush proved that bromide to be wrong. He did bring up the subject and he still got the majority of the elder vote, even though his opponents tried to instill fear in them.

What’s wrong with the program? Simple: when the bulk of the baby boomers hit retirement age, the program will pay out more in benefits than it will collect in payroll taxes. There were 76 million baby boomers born between 1946 and 1964. They will start retiring in 2011 at age 65 and by 2030, the number of retirees will double to 70 million.

For example, in 2003 the program took in $632 billion and paid out $479 billion and added $153 billion to the Trust Fund, but all in government IOUs! The day of reckoning comes in about thirteen years, 2018, when payments exceed receipts. Furthermore, every year after that the gap between receipts and payments gets bigger and bigger. A rough estimate of the total unfunded liabilities of the program is more than $26 trillion.

How did this problem come about? Well, for one, we are living too long. When the program was developed back in the mid-thirties, the government expected to pay only half the participants. Another problem is the changing demographics – we don’t have as many children per family as we did seven decades ago. Then, there were 15 workers for each recipient and now there are only three workers and the decrease will continue.

The real problem is that previous members of Congress failed in basic arithmetic. They only learned addition and not subtraction. They have recklessly added to benefits even after being warned that the system is not sustainable and would go bankrupt.

Even though the program was originally designed to be an actuarially sound one, there has always been a built-in income-redistribution element, whereby lower income persons receive a better return on their payments than higher income persons. In 1992, the program was tilted further in a welfare direction when higher income retirees were taxed on 85 percent of their monthly payments (up from 50 percent). This dramatically shifted the program toward the welfare element. These recipients already paid income taxes on their portion of the payroll tax and now the government is levying a double tax on 35 percent of that portion.

There are many reasons why we should reform the program now. The President went out on a limb to provide leadership to make the program sound again, and does not have to worry about reelection. Legislators worried about reelection should expedite the change to have it take effect early in the election cycle. Every two-year election cycle that we wait creates an additional $320 billion deficit.

The program is like a Ponzi scheme. Social Security was great for our parents and earlier retirees. It is going to be bad for the Baby Boomers and terrible for the Generation Xers. One poll even showed that younger people believed more in UFOs than receiving any benefit from Social Security. Our children and grandchildren deserve a better break. All generations should support a bi-partisan effort to create a solvent, sustainable program.

Photo by Bruno Martins on Unsplash