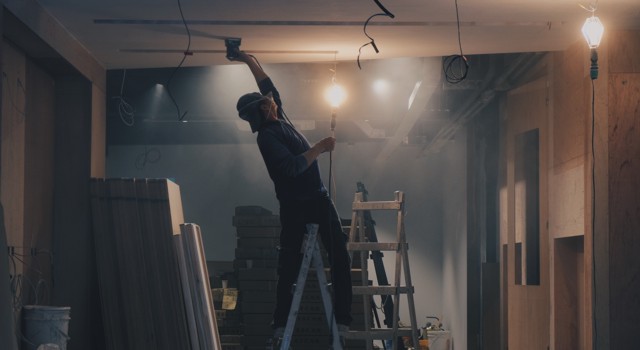 This morning, I would like to talk about (a) the looming financial crisis facing the Social Security Program, (b) the mistakes that got us into our present condition, and (c) outline some of the alternative choices for solving our present predicament.

This is a very important program for the retired and disabled workers and their families. It is the largest U. S. Government program. During 2003, about 154 million people paid payroll taxes into Social Security; and the program sent out checks to 47 million beneficiaries.

What is wrong with the program? In about 13 years it will begin running a deficit; that is, it will pay out more in benefits than it will collect in payroll taxes. That will occur when the bulk of the baby boomers reach their retirement age. There were 76 million baby boomers born between 1946 and 1964. They will start retiring in 2011 at age 65 and by 2030, the total number of retirees will double.

There is no immediate problem as the Social Security program is currently taking in more funds than they are paying out in benefits. For example, in 2003 the program took in $632 billion and paid out $479 billion and added the surplus of $153 billion to the Social Security Trust Fund. (In reality, the government spent the $153 billions and added U. S. Treasury bonds to the Trust Fund.) However, the day of reckoning and the deficit will come in 2018. Every year after that, there will be a deficit that grows larger with each passing year. A rough estimate of the total unfunded liabilities of the program is more than $26 trillion.

How did we get into this fiscal predicament? The program was based on some flawed assumptions right from its beginning in 1935, during a period of massive unemployment during the Great Depression. One erroneous belief was that the total number of jobs in our country was limited. If we could retire the older workers, they thought, that would open up jobs for younger workers.

Another major problem is that we are living longer than was anticipated. When the program was developed back in the mid-thirties, the government expected to pay only half the participants. Furthermore, the changing demographics added to that problem. American families today don’t have as many children as they did seven decades ago. As a result, when the Social Security program began there were 16 workers for each recipient, now there are only 3.3 workers, and by 2030 there will be only 2.

Even though the program was originally designed to be an actuarially sound one, there has always been a built-in income-redistribution element, whereby lower income persons receive a better return on their payments than higher income persons. In the early 1990s, the program was tilted further in a welfare direction when higher income retirees were taxed on 85 percent of their monthly payments (up from 50 percent). This dramatically shifted the program toward the welfare element. These high-income recipients already paid income taxes on their portion of the payroll tax and now the government is levying a double tax on 35 percent of that portion.

Many proposals have been put forth on how to solve the problem. One solution is to increase the payroll tax rate. Workers currently pay 6.2 percent of the first $90,000 in annual income into the Social Security system. Congress has raised the tax rate many times to its present level. For example, in my first professional job in 1951, the payroll tax I paid was only one percent. Raising the rate is not a good idea as the payroll tax is a very regressive tax and a large percentage of workers pay more in payroll taxes than they do in income taxes.

Another proposal is to lift the limit on the level of pay that is taxed. Some suggest that the limit should be raised to as high as $150,000. Because high-income workers receive a lower return on their investment, this proposal would further push the program more toward an income redistribution scheme. Such an action would further undermine popular support for what was originally sold as an actuarially sound insurance program.

Another solution is to increase the eligibility age for Social Security. It has already been raised to 67 for those born after 1960. Economists estimate that to cover the entire shortfall, the age would have to rise to 73 or 74. Although polls show that this dramatic increase is a “non-starter,” many believe it should be raised beyond the present 67 age-level because of the increased longevity and improved health of seniors.

Right now Social Security benefits adjusted annually to match increases in overall wages. One idea would have Congress link (or index) benefit increases to inflation that in the past has tended to rise slower than wages. Opponents portray this smaller benefit increase as the dreaded c-word (cut)!

Another proposal made by President Bush is to allow younger workers to invest a portion of their payroll tax in private savings accounts that would be administered by the government. Testifying before Congress recently, Federal Reserve Board Chairman Alan Greenspan supported the President’s proposal to create private investment accounts. But he also suggested that Congress might need to consider possible benefit cuts and higher tax rates.

One argument against establishing private savings accounts is that workers might make mistakes in the way they invest their retirement monies. This is a strange argument in light of the fact that the government itself has made such gross errors in the design of the current program. The White House has indicated that the choices of investment could be limited to just a few investment vehicles, similar to the plan for government employees.

That federal retirement program that began in 1987 and now covers five million workers including members of the military. It offers a choice of only five investment funds: U. S. treasury securities, a Standard & Poor 500 stock index fund, a bond index fund that tracks the Lehman U.S. Aggregate Bond Index, a small cap fund linked to the Wilshire 4500 Index, and an international stock funds that follows the Morgan Stanley Capital International Europe-Australasia-Far East Index.

Over sixty percent of Americans have money invested in common stock and bonds and mutual funds. In 401(k) retirement plans alone Americans have over $2 trillion invested for their retirement. So giving workers more control over their Social Security monies is not going to be so strange to the great majority of working Americans.

One way to ensure a speedy transformation of the currently flawed Social Security system is to require that our Senators and Representatives receive only Social Security benefits in retirement. Now they have their own system that is 1000 percent better. When they retire, some qualify to continue to receive their current pay until they die — except it is increased from time to time to adjust it to the cost of living. Make them eligible for only Social Security and watch how fast the program would be fixed!

The American Association of Retired Persons represents and lobbies for the older generation in our nation’s capitol. They are not in favor of making any changes in the program, but rather recommend an expansion of supplemental retirement accounts. Until and unless the younger generation unites to put some pressure on the Congress, it is unlikely that any changes will be made. There is a saying in Washington that our elected representatives stand with the older generation because they (and not the younger persons) stand in the voting machines.

The program has been likened to a “Ponzi” scheme. Social Security was great for the parents and earlier retirees. It is going to be bad for the Baby Boomers and terrible for their children, the Generation Xers. One poll even shows that younger people believe more in Unidentified Flying Objects than in receiving any benefit at all from the Social Security program. I personally do not believe that the AARP is accurately representing the older generation with respect to reforming Social Security. Most seniors are not that selfish. Most believe that their children and grandchildren deserve and should be given a better break.

Many have warned that the Medicare deficits will be many times the magnitude of the Social Security shortfalls. Greenspan says that unless the growth in spending for these two programs is restrained, the cost of these programs will rise from about 8 percent currently of the total economy to about 13 percent by 2030. Those large budget deficits will push up interest rates and that will cripple the whole economy. Last year the federal budget deficit was $412 billion.

A recent Trustees’ Report shows that if we don’t change Medicare and Social Security that the payroll tax shortfall will consume 101.6 percent of all federal income taxes in the year 2070.

Every four years, an expert committee reviews the soundness of the Social Security program. The group’s report goes to the President and the Congress. The conclusions reached are always the same: the program is broken and needs to be fixed. Every time, the Congress ignores the recommendations because they want to be reelected and the remedies are too difficult politically.

Even hinting that there should be changes in the program has come to be known as “the third rail of politics.” Touch it and you die (politically). However, in the 2004 presidential election campaign, President Bush proved that bromide to be incorrect. He did bring up the subject and he still got the majority of the elder vote, even though his opponents tried to instill fear in the elderly.

If Congress follows the path of least political resistance, it will do nothing. One congressman told the Washington Post, “When does the program go belly up? 2042! I will be dead by then.”

The President said recently that the biggest problem might be that the Congress still does not realize that there is a problem. Could it be that the majority of our elected representatives have failed in basic arithmetic? In that regard, one wag said that the legislators have learned some arithmetic, but they learned only to add and never to subtract. They have recklessly added to benefits even after being warned that the system is not sustainable and would go bankrupt.

There are many reasons why we should reform the program now. The President went out on a limb to provide leadership to make the program sound again. Legislators worried about reelection should expedite the change to have it take effect early in the election cycle. Every two-year election cycle that we wait creates an additional $320 billion deficit.

The President and the Commissioner of Social Security have promised that those already receiving Social Security benefits — as well as those who are close to retirement — that their benefits are secure. However, Commissioner Jo Anne Barnhart has stated that reaching agreement on an appropriate solution to the long-term financing challenges will require that Congress and the President work together in a bipartisan manner.

In the final analysis, it may be that we will have to adopt a combination of some of the proposals: increase payroll tax rates, increase the earnings’ limit subject to taxes, extend the age of eligibility for benefits and establish individual investment accounts. All generations should support a bi-partisan effort to create a solvent, sustainable program. We need the fix the Social Security Program now.

Photo by Hengstream on Unsplash