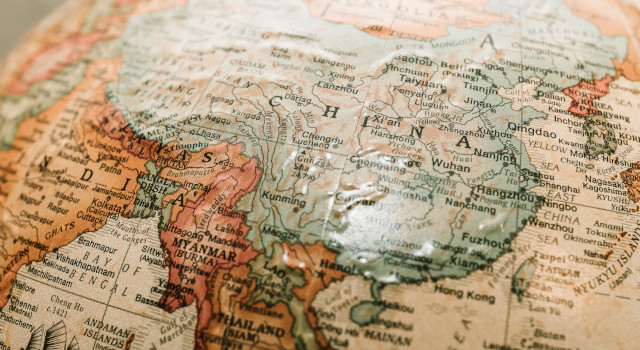 In a recent survey of leading executives, China is currently the most attractive destination for foreign investment. While we recommend that investors have significant stock investments in foreign countries, we have serious qualms about China.

Therefore, if you are thinking of investing in China, be careful; the lack of economic freedom there makes investments very risky. Many want to participate in the booming Chinese economy. They don’t want to miss out on the huge profits they have heard will be made over the next decade.

However, over time it has been shown that countries with the most economic freedom provide a greater sustainable growth and better business environment than centrally controlled economies.

We’ve long used the Heritage Foundation’s annual Index of Economic Freedom to determine which countries are the best places to invest. In the 2005 index, China ranks 112th out of 155 countries, squarely in the “mostly unfree” category – a poor ranking for our clients’ dollars.

Each year since they started the study in 1995, China has been slowly improving. In fact, over the past decade, China has improved from one of the worst mostly unfree countries to an average unfree country. At that growth rate, China will reach “mostly free” status in 15 years and “free” status in an additional 20 years. So mark 2050 as the year to make your investments in China. Baring a real people’s revolution, it will take until then for their slow march to free markets to be complete.

Now a new study by the Kurtzman Group confirms these assessments by its own measure of investment risk. Many foreign investment studies look at the likelihood of high impact, low frequency risks such as revolutions and nationalizations. The Kurtzman Group study looked instead at the low impact, high frequency hurdles that businesses would have to face every day.

In order to get a better feel for investments in China, it helps to understand the problems that government interference in the markets cause for businesses in China.

The biggest problem within China is the corruption that stems directly from a state run economy. State run companies are driven more by politics than economics. Management positions can be given out as rewards to party members and their children but corporate boards have no power to fire them.

Imagine opening a business in China where you cannot firm any politically appointed middle managers, and you have no economic incentive to innovate. If you succeed, there is little likelihood that you will receive the benefits, and if you fail, you most likely lose your control of the company. Without control to change or incentives to innovate, the business environment stagnates.

Foreign investors have an even more difficult time. Foreign investment projects must first be approved. It has only been recently that foreign retailers have been allowed to do business without Chinese partners. Money can’t even flow in or out of the country without the approval of the People’s Bank of China. There is no free banking within China. The government sets the interest rates on deposits and loans. Last year the government even ordered banks to temporarily suspend any new commercial loans.

The legal system is even worse, and corruption is even more widespread.

China has a confusing nexus of contradictory laws and regulations. They also have no independent legal system to rule disputes. As a company owner, you would be at the mercy of local and regional government officials who, because the laws are contradictory, can charge you with a violation no matter what you do.

As a result, foreign investors have a difficult time getting their Chinese partners to meet their contractual obligations. And because of the corruption in Chinese courts, foreign firms must seek to settle problems through arbitration.

China often sounds good on paper. China made the news last year when it passed a constitutional amendment stating that private property obtained legally shall not be violated. But in China “obtained legally” is still determined by the communist party leaders.

Business investment in China will appear to be doing well so long as the growth and profits remain on paper. And so long as growth and profits are being reinvested in expansion of the Chinese economy, the agreements won’t be questioned. But even the Chinese Renminbi is not freely exchanged and all flows of money out of the country have to be approved by the People’s Bank of China. If these rules aren’t sufficient, China has hundreds of additional contradictory regulations to choose from in order to prevent “illegally obtained property” from leaving the country.

I am not suggesting that we stop trading with China, or that trade with China is not a good idea. In fact, trade is one of the best ways of benefiting from a closed economy without suffering its ill effects.

You don’t need to invest directly in China in order to benefit from a growing Chinese appetite for goods and services. Several countries in the region both engage in significant trade with China and also have exceptionally open markets. Among economically free countries in the region, Hong Kong does the highest percentage of its exports with China at 42.6%. Australia is also significant at 8.4% of its exports. Even “mostly free” Taiwan (14.9%) or Japan (12.2%) would be preferable to direct investments in China.

There may be times when investments in China will prove very lucrative. But these times are liable to be sporadic and the result of bureaucratic tinkering, not real productivity. There’s evidence that the shine may have already faded from foreign investments in China. Last year’s growth for the Xinhua 25 (China’s stock index) was only 2.37%.

We believe in the power of economic freedom to raise the standard of living for all who invest in it.

Photo by James Coleman on Unsplash