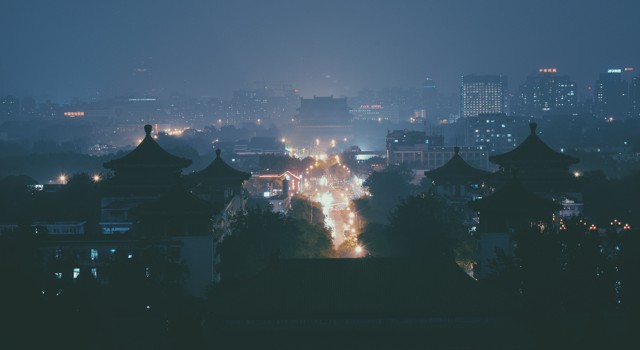 In mid-September, the Chinese observe the Moon Festival. Timed to the moon’s fullest and brightest phase, the festival celebrates the abundance of the summer’s harvest. In recent years the Chinese economy has been waxing toward ascendance. It passed Japan in November 2007 and began to rival the brightness of America.

One in every five people in the world lives in communist China. Unlike other BRIC countries, the Chinese lack representative government, the rule of law administered by independent judges, basic human rights, freedom of the media, independent universities and the right of workers to move freely. Even the constitution makes clear that the government has no limits or accountability to the Chinese people.

China began its experiment of mixing explosive free-market economics with totalitarian control and repression in 1978 when Deng Xiaoping took power.

After having been purged once by Mao and a second time by the Gang of Four, Deng did not deify Mao. Rather he declared the leader to be “seven parts good, three parts bad.” Understanding that Chinese Marxism needed to be reinterpreted to allow market forces, Deng argued that “socialism does not mean shared poverty.” His most famous quote clarifies his utilitarian nature: “I don’t care if it’s a white cat or a black cat. It’s a good cat so long as it catches mice.”

Deng abandoned centralized planning and protected the unrestricted flow of goods throughout the country. The resulting competition between provinces led to significant growth in China’s standard of living. Unlike Gorbachev, who tried to institute his own reforms in the top-down approach of perestroika, Deng simply allowed freedom at the bottom. Then he sanctioned and took credit for whatever reforms worked.

So the resulting economic growth in China has been explosive. But containing an explosion is difficult if not impossible.

Free markets thrive when a country guarantees property rights and the rule of law. China possesses neither of these. All land is state owned and can only be leased. The state also owns the banks, either directly or indirectly. A majority of judges are retired military officers and directed by the party. As a result, enforcement of contracts is impossible. Party officials are effectively police, prosecutor, judge and jury for any case of importance.

Currently China is ranked 52.8% free, “mostly unfree,” in the Heritage Foundation’s Index of Economic Freedom. Although it ranks 126 out of 157 countries, China does place highest among the communist countries, beating Vietnam, Laos, Cuba and North Korea.

Freeing selective market forces produces impressive economic gains until bottlenecks in the existing monuments to centralized power hinder progress. Without a free press and working court system, the resulting internal totalitarian monopoly of economics can’t be called capitalism. As a result, most of China’s growth stems from its participation in free-trade agreements.

Thanks to China’s growth, it will pass the U.S. economy in the near future. But because of its huge population, its average citizens will still be economically poor by American standards. And they will be politically destitute.

The Communist Party in China worries most about religious movements, which pose the greatest threat to the party’s supremacy. In 1999, about 10,000 members of the Falun Gong spiritual movement surrounded the Chinese Communist Party headquarters in Beijing. They silently meditated to protest their rejection as an accepted spiritual movement. As a result, China severely repressed Falun Gong’s leaders and practitioners.

Religious groups are obligated to register in China. Their leaders must be trained and approved by the government. Sermons and teachings are monitored to ensure they do not confront government decree. Thus spiritual movements such as the Falun Gong and unregistered house church movements provide the biggest challenge to the party’s supremacy and power.

Movement toward democracy, freedom and the rule of law is not inevitable. Since the brutal crackdown on pro-democracy demonstrations in Tiananmen Square in 1989, government leaders have used force to remind the population of their control. China has its own gulag where labor camps reeducate, terrorize and torture. According to Amnesty International, human rights violations are pervasive in China where nearly half a million people currently endure punitive detention without charge or trial.

Although movement toward freedom is not inevitable, the yearning for freedom is universal.

China exemplifies how the free flow of information allows a developing nation to leverage other countries’ knowledge and double its per capita GDP in a decade or less. And yet China fears this freedom. It is nearly impossible to stop the flow of information, but the government continues to try. Dubbed the “Great Firewall of China,” over 60 sets of broad regulations restrict Internet content.

The returns on investments in China have been impressive, averaging 23.8% over the past five years. Despite these returns, we don’t recommend selecting China for specific emphasis. It is a component of the Emerging Market Index, which should be a small part of your portfolio. Think twice before investing in China because investments there won’t always go up. In fact, over the past year China’s return has been down 26.1%.

But you don’t need to invest directly in China to benefit from a growing Chinese appetite for goods and services. Several countries in the Far East both engage in significant trade with China and also offer exceptionally open markets. Among economically free countries in the region, Hong Kong at 42.6% reports the highest percentage of its exports with China. Australia is also significant at 8.4% of its exports. Even “mostly free” Taiwan (14.9%) or Japan (12.2%) would be preferable to direct investments in China.

Photo by Ken Lawrence on Unsplash