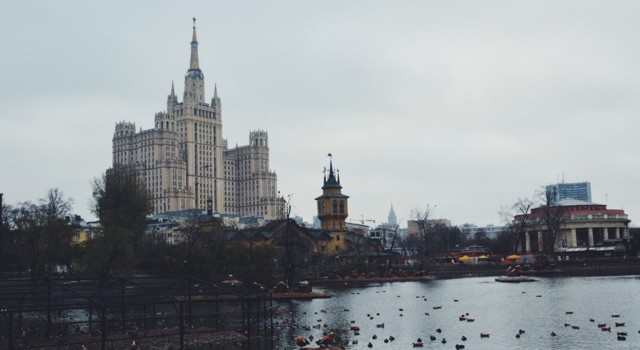 Since the fall of the Soviet Union in 1991, Russia has been trying to remake itself and regain its former glory and respect. The country’s fall from superpower to emerging market deeply wounded its people’s pride. Although the Russian Federation represents over 70% of the economy of the former Soviet Union, a lack of glasnost (“tell the truth”) and perestroika (“decentralize power”) still plagues the country.

Gorbachev rose to power in 1985. Two years later, at the plenary session of the Communist Party Central Committee, he laid out his plans for economic restructuring, or perestroika. At that point the black market represented the only real activity in a sluggish economy.

Perestroika took baby steps toward economic freedom. For the first time since Lenin’s new economic policy in 1921, private ownership of some of the commanding heights of industry would be allowed. For those of us who grew up with the Iron Curtain, the changes seemed radical. After 70 years of communist propaganda in the East and socialist sympathizers in the West, classical free-market liberal views apparently had won the debate.

But baby steps were not enough to save the Soviet economy. Initially, high taxes and employment restrictions discouraged private investment. And foreign investment fared no better because 51% of the venture must be Soviet owned, and the chairman and general manager have to be Soviet citizens. Centralized planning was eliminated in favor of decentralized planning, rather than allowing market supply and demand. Price controls remained, as did state support for unprofitable enterprises. Because the culture long accepted corruption, socialism deteriorated into a more local form of cronyism. Traditional shortages became critical shortages of basic necessities. In short, Russia tried to institute certain economic freedoms from the top down rather than simply allowing them to grow organically from the bottom up. But fish rots from the head.

In August 1991, the military staged an unsuccessful coup against Gorbachev aimed at preserving the party apparatchiks. Unable to contain the furor for freedom and independence, however, the attempt simply hastened the regime’s collapse and dissolution.

One of my favorite souvenirs, a KGB (secret police) 70-year anniversary pin, reminds me that the lifespan of centralized planning efforts is limited. These attempts at universal control lack the negative feedback that would encourage them to self-correct. Ultimately, unintended consequences build up, and a revolutionary upheaval explodes and causes the system to reset. China’s communism won’t turn 70 until 2019.

Russia has the largest landmass in the world, and before 1991 it had the second biggest economy. But today, Russia has become just the second letter in BRIC, four promising emerging market countries: Brazil, Russia, India and China.

During the Yeltsin years, Russian industries were privatized. But the process was rife with political patronage. Russian billionaire oligarchs thrived, confirming the adage “We hang the thief who steals 3 kopecks and honor the one who steals 3 million.”

A currency crisis in 1998 devalued the ruble. Russia’s gross domestic product (GDP) dropped by 50%, and the stock market lost 93% of its value. Russia defaulted on its government bonds. In the United States, the bond default contributed to the infamous bankruptcy of the hedge fund Long Term Capital Management.

Since then, Russia has demonstrated impressive growth. It has progressed from its standing in 1999 as the 22nd largest economy in the world to about 9th today. Its GDP has increased an average of 6% in recent years, less than China (10%) and India (9%) but about twice that of Brazil (3%). Russia’s export growth is nearly 50% a year.

Russia is second only to Saudi Arabia in oil exports; energy companies Lukoil, Gazprom and Rosneft dominate the economy. The Russian stock market index is 39% oil and gas. It has a low correlation with the S&P 500 of only 0.43.

Until recently, Russian stocks were averaging more than a 40% return annually. But during much of this time, they were just recovering from their precipitous drop in 1998. Currently the Russian stock market is down over 30% year to date and struggling again. And at 13% it has the highest inflation rate among the BRIC nations, which eats into the buying power of local returns.

Russia differs from the other BRIC countries demographically. Its population, like Europe’s, is both shrinking and aging. To try and reverse this trend, the government offers 250,000 rubles (about $10,000), equivalent to an average yearly income, to women who have a second child.

After a brief encounter with chaos under Boris Yeltsin in the 1990s, Russia moved back to a more authoritarian “managed democracy” during the reign of Vladimir Putin (2000-2008), a former high-ranking KGB official.

This is where Russia’s troubles lie. Although it never really tried free markets, Russia has fallen back into the familiar weaknesses of a controlled economy hindered by bureaucratic restrictions, inconsistencies and corruption. Rated at just below 50% free, Russia earned the Heritage Foundation’s lowest economic freedom ranking, repressed and on a par with countries like Vietnam, Guyana, Laos and Haiti.

Russian laws do not protect private property. State involvement in the economy has been increasing as the country has retaken its “national champion” industries of energy, shipping, shipbuilding and aerospace. Some of these takeovers represent a renationalization of industries of strategic geopolitical importance under Kremlin control. Some of them are retaliation against those who acquired their wealth in the Yeltsin years by raiding. These are popularly justified as stealing from the thief. In the absence of law, evidently power is all that remains.

And power is wielded at every opportunity. Russia ranks 121 out of 163 countries in Transparency International’s Corruption Perceptions Index. Corruption is both widespread and brazen in the number and size of bribes sought.

Even President Putin described the corruption and cronyism. He said, “One of the most acute questions is inactivity, red-tape and excessive control in the business life of many regions. Administrative intervention is out of proportion, local markets are monopolized, closed to any activity from the outside, the local authorities are often used as a tool of unfair competition and are vulnerable to corruption.”

Until recently, investment in Russia was attracting interest, but positive past returns should never be the primary reason for investing. The invasion of Georgia makes it clear that the Russian ethos still depends more on political thugs than on freedom and the rule of law. Investments in Russia are owned only at the whim of current political opinion. Therefore, we suggest you limit any assets invested in Russia to a very small portion of your emerging market allocation.

Photo by iwan on Unsplash