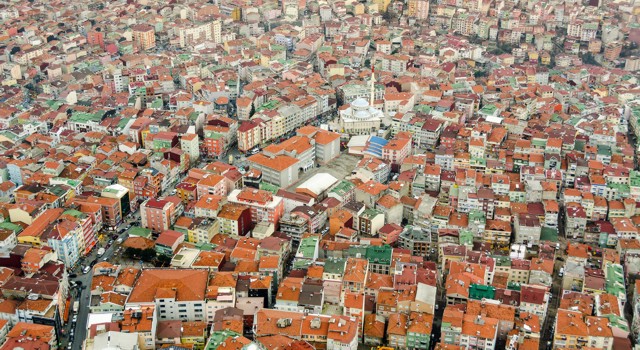 In 2003, the Goldman Sachs Global Economics Department predicted that the economic and geopolitical influence of Brazil, Russia, India and China (the BRIC countries) would become increasingly visible in the developed world and even dominate it by 2050.

BRIC nations have surpassed expectations. The original Goldman Sachs analysis projected the four economies would comprise over 10% of the global output by the end of the decade. A year and a half early, they comprise nearly 13%.

Goldman Sachs published an update on the BRIC nations this year, forecasting that although growth is slowing, they will still contribute almost half of all global growth in 2008 and 2009.

It is easy to be lulled into thinking you can simply buy and hold investments in BRIC countries. But emerging markets have faced serious crises every several years. A better strategy is to buy and rebalance, trimming positions as they appreciate and reinvesting as they correct. With the drop in emerging markets this year, 2008 is now an opportunity to reinvest.

These countries have averaged a total return on investment in their stock markets that is now down to 27.49% over the past five years because they have dropped sharply over the past year, falling 24.48%.

The BRIC acronym made four emerging market countries sound like more attractive investment opportunities than the other two dozen. Nobody likes being excluded from the cool crowd. Other countries have been clamoring to add their initials into the mix ever since.

BRICET is the term used to add Eastern Europe and Turkey to the in-crowd. Since the fall of the Soviet Union, Eastern European countries have been struggling out of the darkness of communist rule into the light of free markets.

Eastern Europe has become a fuzzy term that may include a different set of countries depending on who is using the label.

The S&P/Citigroup BMI European Emerging Markets Capped Index includes companies from the Czech Republic, Hungary, Poland, Russia and Turkey. This index, constituted to include the most developed countries of Eastern Europe, is heavily weighted toward Russian companies as a result. Selecting these countries produces an index that is more developed than the typical Eastern European country.

The least developed countries are sometimes not even classified as emerging. Instead they are labeled “frontier markets,” a step below emerging. These countries include Albania, Belarus, Bosnia, Bulgaria, Croatia, Estonia, Herzegovina, Latvia, Lithuania, Montenegro, Republic of Macedonia, Romania, Serbia and Ukraine. Many of them are listed in the MSCI Frontier Markets Index.

Although a few of the countries just named, such as Ukraine and Croatia, have very little freedom, others are entering the global scene on the side of free markets. A dozen countries in Eastern Europe have implemented a flat tax on either personal or corporate income. Most of them have a higher percentage of freedom than even Brazil, the best of the BRIC countries, according to the Heritage Foundation’s Freedom Index.

In addition to a flat tax, many Eastern European countries are taking advantage of their proximity to Western Europe. Several Eastern European countries have joined the European Union (EU) and benefited from the single economic market representing 31% of the world’s total economic output. The lack of trade barriers and a common stable currency encourages growth. To join the EU, a country must have a stable democracy that respects human rights; the rule of law, including EU law; and a functioning market economy capable of competing within the EU.

These requirements have the effect of pushing countries politically toward free markets, which helps them overcome the socialist or centralized planning legacy of communism. In addition to economic alliances with the West, some have also been invited and joined NATO. Turkey also enjoys significant freedom having been a part of NATO since 1952.

But all emerging market countries have a high correlation. Little benefit is gained by diversifying among BRIC, Eastern Europe and Turkey. Currently the BRIC index is down 38.86% year to date. Eastern Europe is down 39.16%, and Turkey is down 31.30%.

Emerging and frontier markets are suitable for a portion of your portfolio, but only a portion. You must take care to limit the percentage of your assets invested in categories that are highly correlated and therefore all move in sync with one another. Diversification means finding asset classes that are not positively correlated to reduce the chances that everything in your portfolio goes down together.

Determining the correlation between your investments is one of the most important steps you can take toward building a defensive investment strategy. Tools are readily available online. Or to find a fee-only advisor in your area, visit the National Association of Personal Financial Advisors at www.napfa.org .

Photo by Luke Michael on Unsplash