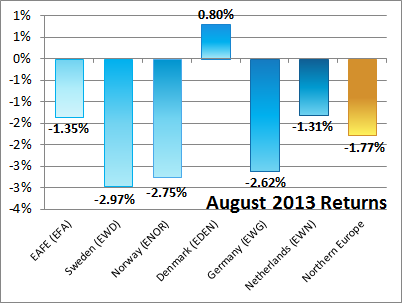 During the second quarter of 2013 and last month in July northern Europe did significantly better than the EAFE Index.