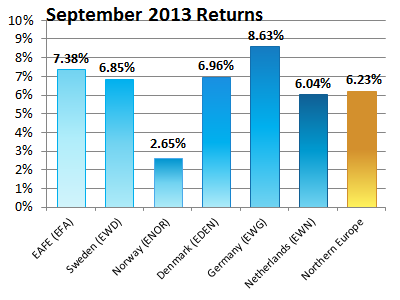 In September 2013, iShares MSCI Japan (EWJ) returned 8.30% pulling the EAFE Index up slightly. Japan is the largest component of the EAFE Index comprising 21.26%.