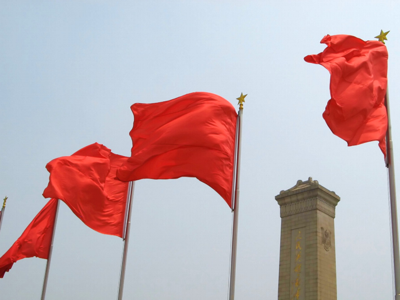 Assigning blame for recent events in the financial markets is today’s most pressing political issue. Unintended cause and effect are both complex and subtle, but recognizing the culprits is important if we want to avoid giving them additional power and responsibility.

Two different opinions are circulating to explain the fundamental cause of our failed financial markets. One claims that unfettered capitalism and greed caused excessive risk taking, which harms society. This argument maintains that without constraints capitalism produces grand profits during market increases, but the losses are socialized by government bailouts in times of trouble.

The other opinion holds that regulation and centralized planning have caused financial instability and failing institutions. If this is the root cause, then many of the proposed solutions will only make matters worse.

The pending election politicizes the issue and impedes clear thinking. But clear thinking is paramount. One of these two opinions is closer to the truth, and economic public policy must be based on truth, not emotion. The forensic evidence points to centralized planning. Let’s look at whose fingerprints were left behind.

The failed institutions were among the most highly regulated industries in the country. If the subprime meltdown was the result of greedy capitalists, you would have to assume they were awfully inept to have lost so much money. The markets are smarter than that. Only feel-good legislation could be so naive.

Bill Clinton’s presidential website still boasts of creating the highest homeownership rate on record. In 1994, Clinton hoped to increase homeownership to 67.5% by 2000. He sponsored the revised Community Reinvestment Act (CRA) regulations, which required banks to increase mortgage lending to low- and moderate-income families. These changes also allowed the securitization of CRA loans for subprime mortgages.

The revised act resulted in a raft of community organizers who could now prevent banks from merging, expanding their branches or creating new branches simply by protesting to any of four different regulatory agencies. Using regulation as a weapon, community organizers could now bully and blackmail private businesses. Legislation that encourages such thuggery produces anything but free markets.

These community groups described the regulatory pressure forcing banks to increase their underwriting of low-income loans as positive and encouraging. Bruce Marks of the Neighborhood Assistance Corporation of America boasted to the New York Times that he had netted $3.8 billion in loan commitments in the city of Boston alone.

Banks were scored on their results rather than the fairness of their process. Those that scored poorly were punished. Most banks complied. As a whole the industry increased its lending to low-income families by 80%, more than twice any other group. Advertisements said that CRA loans were available with “100 percent financing . . . no credit scores . . . undocumented income . . . even if you don’t report it on your tax returns.” Mere participation in a credit counseling program qualified as proof that the applicant was capable of managing the debt.

The government-sponsored entities Fannie Mae (the Federal National Mortgage Corporation) and Freddie Mac (the Federal Home Loan Mortgage Corporation) were involved as well. Because of their government backing, their bonds have the highest possible credit rating (A1). Only their guarantee was considered as secure as federally issued bonds. This implied backing allowed them to sell their loans at a lower yield than any private firm could muster.

Although Fannie and Freddie were officially created to encourage the development of private markets, they thwarted every attempt to take their influence away. They are powerfully connected, and following their lobbying efforts and campaign contributions leads directly to the politicians responsible for encouraging and continuing regulatory interference.

These agencies became places where former government officials went to enrich themselves and wait for new federal appointments. Their chief executives had contract clauses providing severance benefits when they left for a government post. While homeowners took cash out of their homes, politicians treated themselves by using Fannie and Freddie as political ATMs.

As a result, Fannie and Freddie became two of the largest corporations in the world, with about 80% of conventional home loans. Their monopoly on the housing market is anything but a free market.

Because they are government sponsored, these two entities were expected to engage in public policy as well. They were enthusiastic supporters of the CRA. They even singled out Countrywide as one of the lenders with “the most flexible underwriting criteria permitted.”

Countrywide’s low-income loans grew from a $1 billion commitment in 1992 to $80 billion by 1999 and $600 billion by early 2003. It was one of the first companies brought down by the current pressures and sold to Bank of America.

Fannie and Freddie were encouraged by their federal overseers. The Office of Federal Housing Enterprise Oversight (OFHEO) was charged in 1992 with keeping tabs on their financial safety and soundness, and the U.S. Department of Housing and Urban Development (HUD) was supposed to manage their housing mission.

The dangers of Fannie and Freddie failure were widely known and discussed publicly before the establishment of OFHEO and HUD’s oversight. The regulatory oversight was specifically implemented to avoid complacency and ensure that their social mission would not jeopardize their financial soundness. Oversight obviously did not work.

HUD’s mandate was implemented by requiring a certain percentage of the mortgages purchased by Fannie and Freddie to support low-income families. HUD’s purchase quotas of low-income loans rose sharply over the past 15 years. Given their implied guarantee against failure, this increase was not perceived as reckless for Fannie Mae bondholders, but it has proven disastrous for nearly everyone else involved.

It isn’t as though oversight failed because the issues were not known. In 1991, Carl Horowitz of the Heritage Foundation warned about H.R. 2900, the bill to create OFHEO and HUD oversight. And a 1999 New York Times story stated, “In moving, even tentatively, into this new area of lending, Fannie Mae is taking on significantly more risk, which may not pose any difficulties during flush economic times. But the government-subsidized corporation may run into trouble in an economic downturn, prompting a government rescue similar to that of the savings and loan industry in the 1980’s.”

The plethora of federal entities that regulated and oversaw all of the failed firms gave us a false sense of security. In retrospect, the cause and effect seems obvious, but none of the agencies already involved took the steps they could have. Believing government bureaucrats are wiser than the free markets is a socialist utopian delusion.

As recently as 2003 the Bush administration was pushing Congress to overhaul Fannie and Freddie and require stricter lending practices. Barney Frank, chairman of the House Financial Services Committee, who is supposed to provide oversight, said, “These two entities–Fannie Mae and Freddie Mac–are not facing any kind of financial crisis. The more people exaggerate these problems, the more pressure there is on these companies, the less we will see in terms of affordable housing.” So much for congressional oversight.

Given that socialistic impulses got us into this mess, it isn’t likely that further socialization will help matters in the long run.

Now the government is loaning AIG $85 billion, but at what cost? Virtually nationalizing the country’s largest insurance company was not the only possible solution. Providing AIG with a loan to allow the company time to sell assets would have been much less intrusive. Instead, the government provided additional bond security at the expense of shareholders’ value.

None of this intervention would be the free market solution, and it is all rife for political manipulation. Only by getting government out of the private markets can we reduce corruption.

Popular opinion overwhelmingly supports free markets. According to a Rasmussen survey, only 7% of voters think the federal government should use taxpayer funds to keep a large financial institution solvent. Sixty-five percent favor letting the company file for bankruptcy. And 49% said they worried the federal government would do too much to purportedly solve the financial crisis.

Any kind of bailouts and interventions encourage excessive risk taking in the future. When people gamble with others’ money, they take bigger risks. We should be skeptical that financial institutions that made bad investments can somehow infect well-run banks. In fact, letting poorly managed banks go under is good for those still standing. Financial institutions have needed a pending consolidation, and allowing such failures should make the remaining financial services industry more profitable going forward.

Fannie Mae and Freddie Mac should be dissolved, and a more stable diversified collection of private companies should replace them. Any time power is consolidated in the hands of a single government entity with centralized decision making, the resulting structure has a great propensity for harm.

Such concentrated power is infinitely heightened. It can be used monopolistically and has no competitive negative feedback. With multiple private entities, there is naturally less power to be abused or mistaken. There is no way a diversified collection of private companies could have failed so spectacularly.

It requires a savvy voter to understand the root causes of these financial troubles during a time of political blame shifting. But even the average citizen should be skeptical that bigger government and additional regulation will somehow put more money in middle-class pockets. That we are largely left without politicians who endorse these views is most unfortunate.