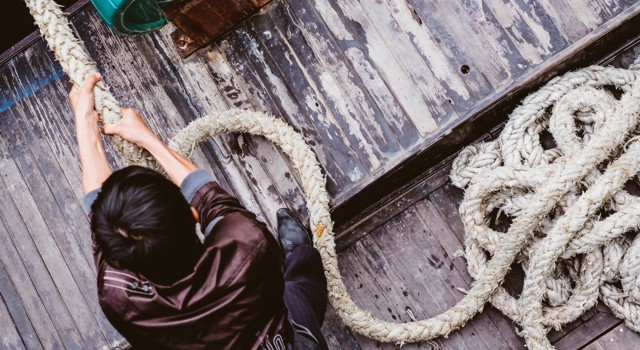 For example, if we knew in the late 1800s what we now know about the effect of hydrocarbons on the environment, they would have been priced higher.

Translating this quote out of economic terms, Voss is saying that if someone were to have a complete understanding of a thing’s actual value throughout all of time, then instead of utilizing capitalism to set the price, we could just use that all-knowing person’s price.

The problem is that there is no such thing as The Price Preeminent, the actual value, or even a correct price for a product.

As a Cognitive Science major, I took a lot of Formal Logic and Philosophy classes at the University of Virginia. One of my favorite phrases I picked up from those classes is “The question does not arise.” When it applies, it is a smack-down one-sentence argument. It means that somewhere in the question that was just asked, or the implied question, the speaker said something which doesn’t mean anything. When you respond with “The question does not arise,” you are saying, “There can be no answer to that question. You may as well have just said gibberish.”

An example in philosophy might be “Why am I a woman?” because perhaps the responding party believes there is no such thing as a self and thus the “I” is meaningless to them.

If you do believe that the question makes sense, such as you believe there is a self in the last example, then “The question does not arise” can be a frustrating response.

As frustrating as it is, you cannot answer a confused question any other way. The answer to “Why stumble bee sting?” is clearly “The question does not arise” and it is hard to say much more in justification other than perhaps “Bee stings cannot stumble.”

Claims of confusion place the burden back on the speaker to prove that the confused part is actually meaningful before anyone can proceed.

So let’s look back at Voss’s implied question: Do the markets fail us because they don’t find “The Price Preeminent” of a product?

When I was a small child, my father gifted me a figurine of Disney’s Belle. Back in the 1990s, it was $10 or so new. They did a limited run of them, so by 2000, the like-new figurines were selling to collector’s for $100 or more. Now in 2017, there are barely any examples of these figurines for sale. The one I could find is selling for $26 plus shipping.

What is the actual price of this Belle figurine?

e) The question does not arise.

You guessed it: The question does not arise.

“Actual price,” “The Price Preeminent,” or even “an omniscient price that represents the market clearing price not just for current supply and demand, but for all time” are all confused statements. There is no price except for clearing price, the agreed upon price between buyers and sellers.

Now, just try to imagine: What is the “omniscient price that represents the market clearing price not just for current supply and demand, but for all time” for a buggy?

When I try to answer this, I just get stuck. How could anyone possibly think such a question is answerable?

Before cars, long distances were covered in a horse-drawn buggy which were as normal as cars are today. Nowadays, buggies are purchased by horse stables trying to make extra money from tourists, weddings, or at Christmas time or by the Amish.

Even trying to answer “what is the price of a buggy right now?” is hard. The most basic search reveals prices ranging from $500 to $3,000. All there is is clearing price: what is that buyer willing to pay that seller.

When there is only one of an item, it is hard for the seller to set the best price by themselves. That is why there are auctions. Regular auctions start at some number and go up from there. They theoretically close at a price just above the second highest bidder’s highest bid.

In a Dutch auction, you start at some number and go down from there. The first person to agree to the price gets it. So with the same four bidders and the same winner, the bidding might close at $500, the highest bidder’s highest bid.

Because resources are limited, everyone cannot have everything. Thus we have a limited amount of supply and an amount of demand for that supply. Even though those two numbers likely don’t agree, we have to make a choice on how that supply is allocated. That’s why economics is actually the science of choice.

The theories of different economic systems can be compared by framing them through three essential questions:

A planned economy is an economic system where one central planner decides what, how, and for whom should we produce. One person or a subset of people rule over the economy by force and ownership. They have control of the means of production and, thus, get to choose what is produced and how. Having control also over the produces, the central planner decides who gets the produces. They could disperse it by rations to each family, nepotism, or selling for a planned price. Regardless, one subset of the people have their hands on the economy, deciding everything they care to decide.

“The Price Preeminent” sounds like a planned economy concept to me.

The problem is that in a planned economy, there is no incentives to take entrepreneurial risk, because there’s no guarantee that your risk will have a return. The planned price could be set too low for there to be a return on your investment. Or, another way of thinking about it is, the planned price for the inputs required could be too high. Furthermore, at any point, the central planners could take the return that there seems to be away by changing the prices.

Today, some antique cars in good repair cost more than new modern cars. However, if we were the omniscient central planners of Voss and we set the historical price of antique cars higher because we know the price they will be listed at now, there would be a surplus then. Many families who did historically buy a car would have been unable to buy a car for the higher price. Less cars would be made in response to the surplus which means less cars would be around nowadays, which might make antique cars even rarer which means that the free market would price today’s antique cars even higher. Except that we as central planners would not set the price higher, so there would be a shortage of antique cars today because we would set the price too low.

“The Price Preeminent” question does not arise.

In contrast to the planned economy, there is a market economy. The three questions of what, how, and for whom should we produce are all answered by the “invisible hand” of prices. It’s called an invisible hand because it’s difficult to see how these choices are made. Suddenly, soy beans that will be exported to China are being grown by means of three farms in Missouri, Iowa, and Illinois. How did that decision get made?

In a market economy, a whole series of individually insignificant factors combine together to create an incentive structure for three farms in three different states to grow soy beans and, furthermore, to sell them to a world trader who will sell them in China. Each farmer individually thought he would benefit from the decision because of the current price of soy beans. He has the incentive to take the risk because of the possibility of the great return on his crop. Any soy beans he sells, he benefits from.

In the market economy, everything from antique cars to collectable Belle figurines to one-of-a-kind Leonardo da Vinci paintings are naturally and invisibly priced based on the demand for them.

The only way that has ever been discovered to have a lot of people cooperate together voluntarily is through the free market. And that’s why it’s so essential to preserving individual freedom.