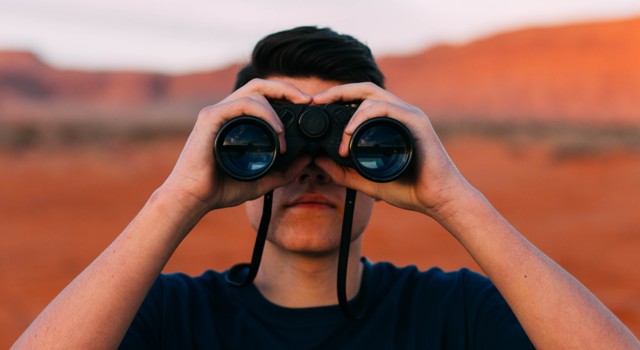 I recently received a letter from the United States Department of Labor and the Virginia Employment Commission requiring that I complete a survey. The letter came with a large bold MANDATORY written on it along with a 14 day deadline for compliance. According to the Virginia Unemployment Compensation Act, Section 60.2-114 this is a mandatory survey which I am required to take the time to complete. That section of legislation begins with this statement:

Each employing unit shall keep true and accurate work records, containing such information as the Commission may prescribe. Such records shall be open to inspection and be subject to being copied by the Commission or its authorized representatives at any reasonable time and as often as may be necessary. The Commission may require from any employing unit any sworn or unsworn reports, with respect to persons employed by it, which the Commission deems necessary for the effective administration of this title.

You would be surprised at how many mandatory surveys, filings, reports, and data collection requests the federal, state, and local government agencies require of small business owners. Each asks for a collection of data, sometimes specific and circumscribed, often massive and nuanced.

I am sure that to every agency forcing small business owners to collect data believes that having this data is essential to their mission. Without such collected data hundreds of pie charts and line graphs would never be made. Conservatives, libertarians and free-market economists believe that this data collection does more harm than good as regulators attempt to make decisions based on this data rather than abide by the public pricing models of supply and demand.

Here are five reasons why required government data collection should be eliminated:

1. It isn’t worth government violence to implement it.

The first harm is in requiring “each employing unit” to keep “records” of whatever “the Commission may prescribe.” This is a blank check to make every small business owner to stop everything else they are doing and work as a data entry clerk for the government.

Only the government has a sanctioned use of force to hold a gun to the head of its citizens and compel them with threat of using that force to comply with its mandates. Libertarians are perhaps the only group who believes that such forces should be used sparingly and certainly not to collect some data, no matter how important you think getting that data may be. At its least harmful, the “deep state” is a collection of government bureaucrats whose jobs depend on forcing the requirement to collect and process information.

2. The costs of tracking and collecting data are never challenged.

When I worked in medical computing, we noticed that when you asked doctors if some specific piece of data should be collected in a computer system they almost always said “Yes.” What if that piece of data might correlate to some other piece of data suggesting a research grant proposal? But when you asked a nurse, they would tell you exactly what data was necessary for patient care and what data was not necessary. Nurses recognized that they would be the ones required to collected the data. Busy as they were, they were best able to judge what data was worth the time and effort required to collect it.

If you want to know what complying with government data collection requirements is like, try keeping a budget to the penny; a food diary to the calorie; a travel log to the tenth of a mile; a record of your face-to-face associations showing time, place, and duration; and a time and motion study of your work day to the minute each with supporting documentation. Then, imagine the violation of your privacy if you were required to report that information to the government each month.

3. Garbage In, Garbage Out.

I’ve already written on how complying with the SEC’s strange new custody laws require financial planners to cobble together definitions of first and third party LPOA transfers; how to count clients, accounts, and households; and obscure the fact that we don’t actually have a traditional definition of custody. Every such compliance is a massive learning curve to gather accurate and consistent data. Few small business owners have made government survey compliance their area of expertise.

As a result, government agencies get garbage data, filled out as quickly and mindlessly as possible. Making decisions based on such data only makes the problem worse as government agencies propose more compulsory one-size-fits-all legislation based on that faulty data.

Even when the data is accurate it doesn’t tell the whole story.

Unemployment has never been measured very accurately. Calculations do not count those who have just entered the labor force and haven’t found a job yet, who have been searching for employment so long they have given up the search, who work part time but are actively seeking full-time work, or who are actively seeking employment but were not included in the monthly jobs survey.

Unemployment in its truest definition, meaning the percentage of people who do not have any job, is one of the few numbers which is not used.

Take the definition of Gross Domestic Product (GDP) for example, widely used as a measure of the economic health of the country. Anything that you do for yourself is not included in GDP, such as taking care of your own children, mowing your own lawn, doing your own repairs, or cooking your own meals. Yet these activities bring great value to a society.

If, for some reason, we could eliminate car accidents in the United States our GDP would be reduced by over 1% as cars do not need repair, passengers do not require emergency medical care, and lawyers are not contracted to sue for damages. Eliminating car accidents would be of great economic value to our society, and then the exact opposite is what is valued by the government economic statistics.

Even worse, the definition of GDP is based on adding factors among which are Consumption (currently 70%) and Government Spending (currently 25%). Neither of these should be increased in order to increase the economic health of a country, and yet that is what policy makers aim to do based on a faulty definition of national health.

This definition of the health of an economy reflects a very politicized view of economics.

And yet, despite all its limitations, GDP, rather than a preferable measure, remains the influential statistic politicians seek to improve.

Megan Russel has written a wonderful critique of Jason Voss’s mistaken series “Where Markets Fail”. In her first article in the series, “Part 1: The Markets Fail Centralized Planning“, she writes:

Translating this quote out of economic terms, Voss is saying that if someone were to have a complete understanding of a thing’s actual value throughout all of time, then instead of utilizing capitalism to set the price, we could just use that all-knowing person’s price.

The problem is that there is no such thing as The Price Preeminent, the actual value, or even a correct price for a product. …

“Actual price,” “The Price Preeminent,” or even “an omniscient price that represents the market clearing price not just for current supply and demand, but for all time” are all confused statements. There is no price except for clearing price, the agreed upon price between buyers and sellers.

Most all of Voss’s mistakes are because at heart he believes in some form of centralized planning. And centralized planners believe that with enough data they would know what is right for society as a whole. And if they believe that something is right for society, they will use the threat of governmental violence to force their idea on everyone else.

No centralized economy is efficient. In any non-trivial economy, detailed dispersed knowledge is required and yet unavailable. Imagine trying to run your own body via centralized planning by specifying what each cell is supposed to do. No amount of real-time CAT scan would be sufficient to keep you alive.

And if you believe as true free market advocates believe, that each individual making her own decisions free of government coercion best allocates goods and services, then none of this data matters. Any time and effort spent collecting it by those who are not making individual decisions is a waste of time. And it is part of the fatal conceit of centralized planners to believe that it is better to remove choices and force solutions on society.

For all these reasons, the burden of mandatory government data collection should be opposed whenever possible.

Photo by Evan Kirby on Unsplash