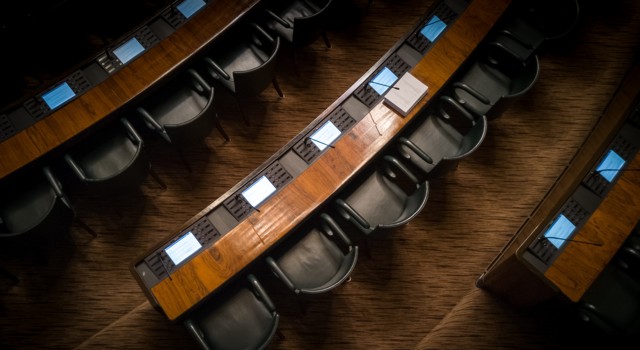 Each year, stock owners receive requests to vote on a variety of corporate matters, but very few people have the expertise to make an educated election. Although many fund management companies vote on your behalf when you have mutual funds or exchange-traded funds (ETFs), sometimes even with fund investing you will be asked to cast your ballot. Because most investors skip the annual shareholder meeting, votes are typically received online or in the mail through the proxy process, if at all.

At the end of April, Global X FTSE Nordic 30 ETF (GXF), one of the funds on our Investment Committee buy list, sent out a rather strongly worded letter to its shareholders. It read, in part:

We have been trying to contact you with regard to an important matter pertaining to your investment in Global X Funds. This matter involves an important operating initiative for the Funds requiring your response.

It is very important that we speak to you regarding this matter. The call will only take a few moments of your time and there is no confidential information required.

This is a terrible letter! It looks like spam because it has four of the ten red flags of identity theft. It says it is urgent, about something very important, targets something that a large percentage of the population is involved with, and implies that you will need to verify your information. Nowhere in the letter do they say “proxy vote” or “shareholder meeting” or even what the initiative is that they are going to vote on. They just ask you to call them about a “very important” matter. Shame on them for this letter.

We complained right away to the company, and they disclosed on the phone to us that the important matter of this letter is the vote on their upcoming company sale.

This is the issue to be voted on and discussed at the upcoming shareholder meeting. And all shareholders got this terrible letter because this vote is worth a lot of money to the people involved.

Just at the face of the issue, Luis Berruga is set to get a promotion and several others are set to get added to the senior management team. That means higher salaries and more benefits likely in the range of a quarter to a half of a million dollars for each of them each year. They want these proposals to pass and probably don’t have anything to fear.

Shareholders have a history of agreeing with whatever the management proposes, so they shouldn’t be too afraid of the measure failing. Just because you own a security doesn’t mean you know what is best for it. It would take time and research to determine what exactly the proposal means, let alone form an opinion about which way you should vote. Now that many people are investors and ownership is diversified, most own less than 1% of the issued shares. For a thousandth of a percent of the vote, that time and research isn’t worth it.

For this reason, many passive investors (myself included) ignore voting all together. I’m investing in these funds because of my larger investment philosophy‘s sector allocation. If the fund abandons the index I’m targeting or ceases to be the cheapest, best representation of that index, I will sell it. Otherwise, I want them to keep doing their job of providing an affordable fund that targets the stated index. If they are doing that, I don’t really care who manages the fund, is on the board, or owns the fund company.

The problem for funds that attract passive investors like me is that they will have a lower voter turnout as a result. If voter turnout is too low, they don’t meet a quorum. If they don’t meet a quorum, the vote doesn’t count regardless of the outcome and they have to try again. This is to prevent a minority of shareholders from leading the company or fund astray from the will of the majority.

For the average decision, if a majority of the shares vote (51% or more), then so long as the votes turn out in favor of the proposal, the proposal passes even if it is only 26% who voted for it. However, if there isn’t enough voter turn out, then they have to keep trying to get a quorum, sometimes even though more than 26% voted in favor.

That is why companies spam their shareholders with lots of manipulative information around voting time. They are rent-seeking, spending a small amount of their own resources so they can command a higher salary in the end. Every year, there seems to be a new and surprising measure they go to. This letter reads like identity theft. Last year, one of us received a small tablet in the mail that played a propaganda message from the relevant company to rally up votes. Other times, they mail boxes that include gifts or trinkets, like a small maraca key chain. The rent-seeking is so absurd. It is embarrassing.

For me at least, if they really want me to vote, they need to provide or make available all of the information required for me to make a decision. A two line proposal with a simple affirmative or negative is not sufficient for me to make an informed decision. And sending me a key chain will not help anything.

As I said before, normally proposals pass. So if you agree with a proposal, it normally doesn’t matter if you vote or not. If you disagree with a proposal however, not voting is often a stronger no vote than actually voting no. If you did vote, the measure might pass because you helped represent sufficient voter turnout for a quorum. However, if you don’t vote, you might easier deny them the quorum they need to pass it. This is another argument in favor of not voting.

As a result, if you get a letter like this from your fund or company you hold as a part of your larger investment philosophy, you can confidently decide not to vote. It denies them the very thing they are annoying you to acquire and sends the message that we, the shareholders, do not like being treated this way.

Photo by Joakim Honkasalo on Unsplash