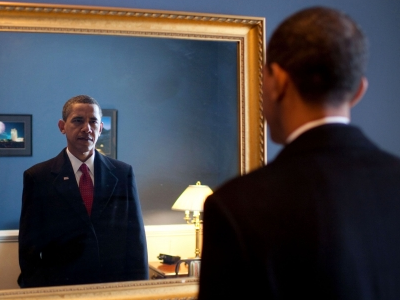 I just wrote “The Election Should Be Settled by a Single Question: Who Caused the Financial Crisis?”

This is my last blog post before the elections. It isn’t a surprise that I don’t think Obama has been good for the economy. Here are thirty reasons Obama doesn’t deserve a second term:

2. ObamaCare Is the Worst Legislation in 75 Years This legislation has left undone the incentives to provide quality lowest cost health care. And it is put in place incentives that work toward impoverishing the quality and economics of our current health-care system.

4. Dodd-Frank Bill Concentrates Financial Power The Dodd-Frank bill can be likened to giving the government unlimited powers and asking them to eliminate evil.

5. American Mercantilism Descends into Fascism Even his finest hour of bailing out GM took GM away from the rightful bond holders and gave it to the unions.

6. The Assault on Free Markets Free markets have been under assault for four years.

7. America, Land of the Mostly Free America dropped out of the “free” category.

8. Obama Care is costing Americans $384 Billion more each year And to think it was called the Affordability Act.

9. The Fragility of Freedom at 60% Milton Friedman predicted that as the percentage of society that owes a portion of their livelihood to government spending increases, the ability to limit the growth of government will decrease.

10. Government Regulations Don’t Make You Safer and Government-Provided Economic Security Is an Illusion Until voters recognize the unintended costs of regulations, politicians will continue to gain political capital by passing feel-good legislation.

11. Federal Revenue and Spending as Percentage of GDP and Personalizing the Debt Shows it is Unsustainable Our national debt is unsustainable and out of control.

12. Price Controls Are Never Good Economics There is a vast difference between wanting lower fees and legislatively forcing one subset of companies to provide their services below cost.

13. Ratio Of Takers To Givers Reaches A Tipping Point and Bar Stool Economics Revisited andWhich rich are you trying to tax? The share of Americans not paying any Federal income tax has risen from under 20% to 47%. Taxing the most productive isn’t the answer.

14. Libertarians suspect the FDA does as much harm as good Federal agencies are corrupted by special interest groups. They ban and delay much that is beneficial.

18. What Equality Should We Seek in Society?  and A grown-up discussion on income and wealth inequality in America Liberals seek an equality of outcome, not process. In trying to force equality you have to be very unfair.

19. When is enough regulation enough for regulators? The assumption that additional regulation is always worth the cost is based on the false idea that it will actually avoid (rather than help to cause) catastrophes

20. What Kind of Power Is the Most Dangerous? In a true free market, if you don’t benefit from doing business with someone, you have options. Liberals do not offer you a choice.

21. Obama Lie-O-Matic Tax Calculator I don’t know what to do with automated lies scripted and told with a straight face.

22. Paul Ryanomics The free market is overregulated and social entitlements are underregulated. We need a team who is going to work at honestly tackling these issues.

24. Video: “Don’t Eat Your Dog: The Surprising Moral Case for Free Enterprise” Even Obama conceded in the second debate that “the free enterprise system is the greatest engine of prosperity the world’s ever known.”

25. Lower Taxes, Fewer Deductions: Are Romney and Ryan Dodging the Specifics? and Fact-checking Romney-Ryan: Does the math add up? and  A Progressive Tax Code is Economically Destructive Lowering, not raise, the top marginal rate is the right direction. All decisions are made at the margin. This is true especially when the effective rate is lower than the marginal rate.

28. College Grads Need Jobs Not Sesame Street Subsidies and Can ‘True Love’ Survive Student Loans and Lack of Employment? and Is Federal Student Aid Among the Best or Worst Government Programs? Obama favors more student loans, but student loans without employment just saddles youth with greater debt in their unemployment.

29. The Election Should Be Settled by a Single Question: Who Caused the Financial Crisis? Obama and his party caused the financial meltdown, you should vote them out of office.