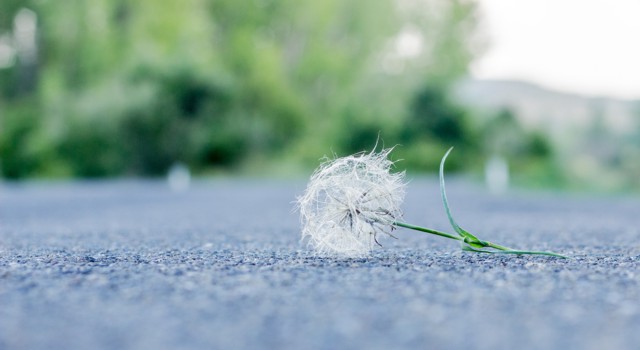 In 1977, economist Milton Friedman wrote an article “The Line We Dare Not Cross: The Fragility of Freedom at ‘60%.'”

He predicted that as the percentage of society that owes a portion of their livelihood to government spending increases, the ability to limit the growth of government will decrease. At some tipping point, attempts to reduce the size and scope of government become too difficult. Welfare statism sets in as a permanent malaise and drags on the growth of the economy.

Friedman said, “We still have some ruin in us, but pretty soon we are going to be forced to face up to the issue.” We did a good job of keeping government spending relatively constant as a percentage of gross domestic product (GDP) for the next 30 years. Total government spending was at 33% in 1977 and had risen to only 35% by 2007. But since 2007 we’ve expanded the scope of government from 35% of GDP to 45%.

This overspending is certainly severe, but the cumulative deficit spending is even more critical. When Friedman warned us about the fragility of freedom, the gross public debt was at 47% of GDP. After three decades of deficits it had risen to 81%. Today it is at 120%. In just three short years we’ve added more to the deficit as a percentage of GDP than in the three decades before.

We don’t have much ruin left. We have to face up to the issue. We are in danger of crossing a line we dare not cross.

Every time government spends money to provide security to a few, it destabilizes the rest of society. Shore up one sector and you risk impoverishing other sectors. Soon catastrophes in those sectors that are left free of government support are perceived as further evidence of the failure of the free market. Each crisis becomes an opportunity to expand the scope and power of government.

Most government spending consists of benefits given to the few while the costs are borne by the many. Thus a small minority has a large vested interest in seeing the legislation passed, and for the large majority it isn’t worth the time and effort to try and defeat it.

Imagine there are 100 people in society and each earns $100 a day. Now imagine for just $5 a day from each person you could support five people so their income was secure and they could do public good. For the five people involved, it is a great deal. Everyone else is too busy to organize and fight against funding them. After all, it is only worth $5 to fight against it, but it is worth $100 each for those five to organize and agitate for it.

Perhaps there are another 10 people who benefit most from the good being done. It will only cost them $5 a day, and they might get $20 a day worth of benefit. Under the free market they could have purchased the benefit directly, but it would have cost them more. Never mind that they are middle class and could have afforded it. Why should they be obliged to pay when they can vote for the government to provide it for “free”?

The other 85 people only get $1 worth of benefit and it costs them $5 in taxes, but it isn’t worth fighting, so they end up paying it. The cost to society is $500, and the benefit to society is only $285. The rest is lost opportunity costs. Most people, had they kept their $5, would have spent it on exactly what they valued at $5, and there would have been no waste. But because society pooled its money, few got what they really wanted.

And now that everyone only has $95 left to spend, everyone’s businesses will collect 5% less in revenue. Society as a whole will be poorer as a result. In our example the level of missed opportunity costs was only 40% of what was collected plus an additional 5% less in GDP. In reality, the level of waste is much higher. Compliance and collection are costly. Federal monopolies are rife with enormous inefficiencies.

Ultimately the five individuals who are on public support have secure jobs, better pay, superior benefits and guaranteed pensions. In fact, we are there already. A Bureau of Labor Statistics study this month showed that federal jobs paid better than the exact same job in the private sector 83% of the time.

The difference is striking. The average salary in the private sector is $60,046, whereas the average federal worker earns $67,691. That’s 12.7% more pay for the public servant. And the difference was even more pronounced in benefits. Health, pension and other benefits total $40,785 per federal worker but only $9,882 per private worker. So the total compensation package for the federal worker is $108,476–a full 55% higher than the worker in private industry whose total compensation amounts to only $69,928.

There is also the inevitable building of government fiefdoms and use it or lose it budgeting. Government bureaucrats each serve their own private interests. Many are seeking to further their careers or salaries. Others are seeking to extend their power and prestige. The legislation and regulations they put in place uses force to implement their interests.

An example from Friedman describes the problem succinctly. In a political decision, if 51% vote for red neckties and 49% vote for green, 100% of the people get red neckties. Each individual vote counts for very little in the political process. Contrast that with the free market where every vote counts and people get exactly the color they want.

The strategy for building a politically powerful coalition is to find a dozen such minorities who are willing to support you if you vote for their pet project regardless of what else you may do. This aggregate spending may be burdensome to society as a whole, but each item by itself will have a strong advocate. Although there may be popular support for cutting government spending in general, people will be reluctant to cut any specific programs because of the vehement support by an emotionally vested minority.

Friedman asked this very important question: Is there anybody in the vast American electorate who would take his or her vote away from a representative because that person voted to keep some small special-interest project? We need people like that. We need people who are against society specifying tie color even if they want red ties.

Holding the line on the growth of government is challenging, but there is a line we dare not cross. Just because something is good for most people doesn’t mean it is good for everyone. Society is interconnected. We must cooperate in nearly every component of the economy.

We can either allow that cooperation to be voluntary or coerce behaviors through force. The first spreads a multitude of small benefits over many people. The second gives larger benefits to a privileged minority. One leads to freedom and prosperity. The other leads to tyranny and misery.