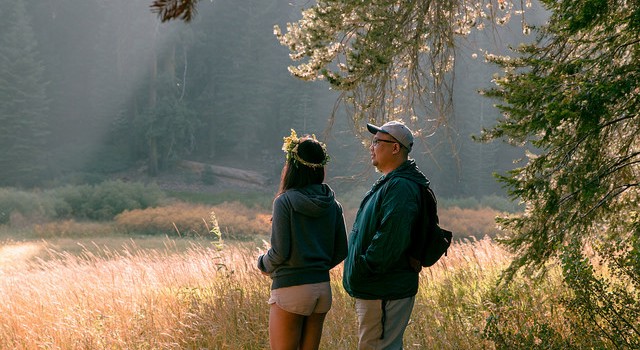 Tax Freedom Day arrives in Virginia on April 24th this year, according to the Tax Foundation. That’s when we stop working for government and start working for ourselves. For the average worker, all of the earnings of the first 113 days pay taxes to the federal, state, and local governments. Starting April 24th, we Virginians are free — at last — to take care of our own family’s needs.

April 27th is Tax Freedom Day for the nation as a whole. The federal tax burden has been reduced by 4 days’ pay over the last two years since the high reached at the end of the Clinton administration. During the Clinton years (1992-2000) the tax burden grew sharply by 12 days despite Clinton’s promise that “the era of big government is over.” In contrast, state and local tax burdens have remained virtually unchanged since 1990.

Taxes still take 32% of a worker’s gross income — 22 for federal taxes and 10 for state and local. Americans pay more for government programs than they spend on their own food, clothing, and shelter combined .

Tax Freedom Day varies from state to state. Lucky residents in Alaska and Oklahoma celebrate on April 8th and April 15th. Those in Connecticut will again bear the nation’s heaviest tax burden with Tax Freedom Day not arriving until May 17th. The state of Washington has the second heaviest tax with workers not meeting their total tax liability until May 9th. Virginia stands almost exactly in the middle of the 50 states.

Despite the small decrease, the size of the federal government is still at an unprecedented level. From the birth of the nation in 1776 until the early 1930s, government spending at the federal level never exceeded 3% of national income except during periods of war. In 1913, when the Sixteenth Amendment allowed the federal government to tax income directly on individuals, Tax Freedom Day arrived as early as January 30th!

The total effective tax rate did not permanently surpass 10% until FDR’s New Deal legislation in 1930. Total taxes passed 25% during the Great Society Programs of the 1960’s. The effective tax rate is currently at 32%. Put another way, in 1900, taxes took $1 of every $12 of earnings from American workers; in 1950, taxes took $1 of every $4; today they take $1 of every $3. If you add the costs of complying with government regulations, the cost to society is over 50%. Imagine the economic boom if the other half of workers’ labor were set free to boost productivity!

Politicians continue to play the game that has gone on for centuries in most countries around the world. France’s Louis XIV’s finance minister Colbert said it best, “The art of taxation consists in so plucking the goose as to obtain the largest possible amount of feathers with the smallest possible amount of hissing.” Without the tax withholding system, begun as a temporary device to fund World War II, the vast amounts of taxes could not be collected without a lot more hissing.

We joke about taxes to relieve our stress, but there are serious issues at stake. We need to watch the erosion of personal freedoms. We need to ask what limits we are willing to support. What percentage of a person’s wages should tax never exceed? What level of complexity and special interest legislation are we willing to tolerate? What percentage of voters should be allowed to pay no taxes and have no incentive to reduce government spending?

These are no longer the questions of the idle rich desiring to hoard their wealth. These are the questions of the most productive members of society who fear that a system of increasing wealth redistribution and inefficient spending destroys the very economy it feeds upon. Many of our representatives appear to trust big government more than they trust the American people.

These are the issues that our country was founded upon, and the issues that must again be raised to keep the freedoms worth fighting for. Our local resident, Thomas Jefferson, said it best, and it has more relevance today, “The natural progress of things is for government to gain ground and for liberty to yield.”