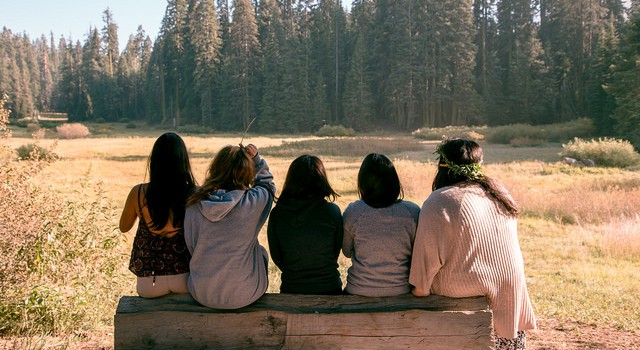 Tax Freedom Day arrives on Wednesday, April 26th this year. That’s when we stop working for the government and start working for ourselves. For the average worker, all of the earnings of the first 116 days go to pay taxes to the federal, state and local governments. Starting April 27th, we are free — at last — to take care of our own family’s needs.

The 2006 report, published this month by the non-partisan Tax Foundation of Washington, D.C., chronicles America’s tax burden.  According to the report, the federal tax burden has been reduced by seven days since the end of the Clinton administration when Tax Freedom Day did not arrive until May 3rd. During the Clinton years (1992-2000), the tax burden grew sharply by 12 days despite Clinton’s promise that “the era of big government is over.”

However, Tax Freedom Day falls three days later than it did last year and ten days later than in 2004, even with the absence of tax increases. Our progressive tax system drives more and more Americans into higher tax brackets each year. Strong economic growth, posted at 6.5 percent from 2004-2005 produced more wealth for Americans, and with that, more taxes for Uncle Sam.

Taxes still take nearly 32 percent of a worker’s gross income – 21 percent for federal taxes and 11 percent for state and local. Only since 1992 have Americans paid more for government programs than they spend on food, clothing, and medical care combined. For the amount of money we pay in taxes, government should already be able to provide universal health coverage and feed and clothe us as well.

For every eight hour day we work, 2 hours and 32 minutes of our work go to pay taxes. About 41 of those minutes go to pay for Social Security and Medicare. In contrast, the savings of the average American are reflected by a value of negative two minutes of work.

At the state level, tax freedom day varies from state to state. California has the 9th highest taxes with Tax Freedom delayed until April 30th. Virginia places 20th in the race for the highest tax rate even though Tax Freedom day arrives on April 24th, two days before the national average.

From the birth of the nation in 1776 until the early 1930s, government spending at the federal level never exceeded three percent of national income except during times of war. In 1913, when the Sixteenth Amendment allowed the federal government to tax income directly on individuals, tax freedom day arrived as early as January 20th!

If you add the costs of complying with regulations, the cost of government to society is over 50 percent. Imagine the economic boom if the other half of workers’ labor were set free!

Economist Arthur Laffer recognized that the law of diminishing returns applies to tax rates as well. According to Laffer, there comes a point beyond which increased taxation actually yields fewer tax dollars being collected. For example, a 100 percent tax rate would drive commerce into the ground, resulting in zero taxes being collected.

Many economists believe we are already well beyond that point for the most Americans. In other words, tax cuts would actually result in increased economic growth and more taxes being collected.

Presidents Kennedy and Reagan understood the Laffer Curve well. The 1964, Kennedy tax cuts reduced the top tax rate from 91 percent to 70 percent and to the surprise of many, tax revenues increased. Seventeen years later, Reagan tax cuts reduced the top marginal rate from 70 percent to 50 percent. Revenues soared again. Between 1980 and 1997, the share of federal income taxes paid by the top one percent rose from 19 percent to 33 percent. The share of tax paid by the top 25 percent of taxpayers increased their share from 73 percent to 82 percent.

In addition to federal, state and local taxes, the current deficit spending policy is a hidden force taxing wealth by devaluing the dollar. In our deficit spending government, money is constantly being printed to fulfill the government’s debt obligations. However, printing money devalues all existing savings stored in dollars. Dollars become less valuable. Over time, the purchasing power of the dollar decreases in direct proportion to the number of dollars created to fund the federal deficit. This in itself is a form of taxation.

Due to our progressive tax system, Uncle Sam actually collects more taxes as inflation rises. If your pay is adjusted each year to keep up with inflation, the dollar figure you make increases, but your net purchasing power remains unchanged. However, inflation may actually drive you into a higher tax bracket despite the fact that your buying power has not increased.

The amount of value that the dollar has lost can only be measured using something else which is assumed to have held its value constant. Since the beginning of 2002, the U.S. Dollar has dropped 25 percent against a broad index of foreign currencies. Currencies are subject to fluctuations of their own, but gold and silver are not. Since 2002, the dollar has dropped 48 percent against gold. That’s a 48 percent tax in less than three years, and it has been a tax on total wealth stored in dollars, not simply on income.

The good news is your financial freedom does not depend on any one politician’s successes or failures. Since the government has its own financial troubles, it is more important that you begin by getting your personal financial house in order. The decisions under your control have the greatest impact on your financial well-being.

Government solutions for individual problems never work well. You can best help government by not contributing to a culture of entitlement. Demanding that Uncle Sam pay for your college education, health care, prescription drug coverage, and retirement income will only cost you more. The price for big government solutions is an ever-distant tax freedom day and half-baked results.

France’s finance minister under Louis XIV said it best, “The art of taxation consists in so plucking the goose as to obtain the largest possible amount of feathers with the smallest possible amount of hissing.” We joke about taxes to relieve our stress, but there are serious issues at stake. We need to watch the erosion of personal freedoms. We need to ask what limits our country can support without cooking the goose that laid the golden egg of our economy.