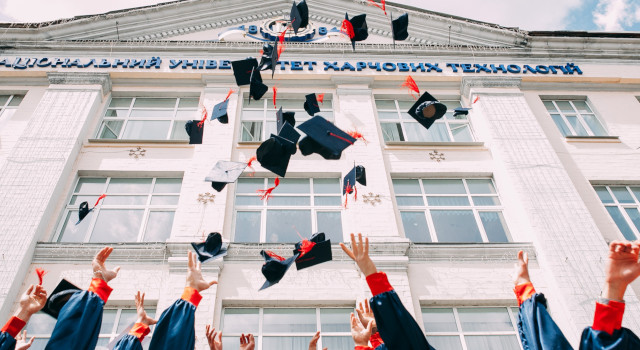 So what if you didn’t get into the college or university at the top of your list. If you still want to go, consider entering through the back door. If you are a Virginia resident, the options are more attractive than ever – options which guarantee you entrance to some of the top-ranked colleges and universities at a price you can afford. Sound too good to be true?

News of the guaranteed admission program comes just after the University of Virginia posted its lowest acceptance rate in seven years, having turned away thousands of top-flight students. Through the guaranteed admission program, many aspiring Virginian’s can use the back-door entrance to the school, beating out thousands of students contending for a seat in the classroom.

To be eligible for the program, students must receive a two-year Associate’s degree from a Virginia community college within the two-year period preceding application, and they must have a minimum 3.4 GPA. Students who do not meet the minimum GPA requirements will still be considered but are not guaranteed admission. All applicants may apply for University housing and financial aid.

Although each college’s eligibility requirements for the guaranteed admission program differ slightly, the bottom line is you can ensure your admission at any participating Virginia college or university and save a bundle of cash doing it.

Instead of paying the four-year university price for a diploma, by completing your Associate’s degree at a community college and then transferring, you could easily avoid mountains of student debt while guaranteeing yourself the prestige of graduating from a top-rate school. The transfer option offers the best of both worlds.

If you are still unsure about going the community college route and earning a two-year degree, think again. Dollar for dollar, the investment in earning an Associate’s pays off. Students who complete an Associate’s degree saw the highest net increase in their wages over students with only a high school diploma.

Combine your Associate’s with two more years of study at one of the Commonwealth’s universities and you will not only save yourself a bundle of cash but earn a Bachelor’s degree at one of America’s finest universities. Here again, the investment pays a nice return, not only in making you smarter but by increasing your wage-earning opportunities.

A 2002 study by the US Census Bureau analyzed the correlation between the level of educational attainment and the annual earnings for workers in the US. Its findings concluded that college graduates doubled their earnings potential, grossing an estimated $1 million more in their lifetime than workers who held just a high school diploma.

Education is an investment in you. Make every effort to enhance your most valuable asset: you. Big deal you weren’t accepted to your first choice this year. You can still get in through the back-door. Take advantage of this golden opportunity to graduate from one of Virginia’s fine universities while saving yourself a great deal of money.

Photo by Vasily Koloda on Unsplash