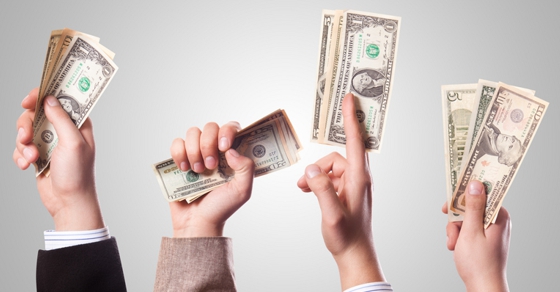 In 2013, President Obama proposed the three-part “President Obama’s Plan for Making College Affordable, a better bargain for the middle class.” The first part of Obama’s plan is to pay colleges for students’ performances.

“What we want to do,” the president says, “is rate [colleges] on who’s offering the best value. . . . I think we should rate colleges based on opportunity. Are they helping students from all kinds of backgrounds succeed? … [O]ur ratings will measure how successful colleges are at enrolling and graduating students who are on Pell grants.”

Obama summarized by saying, “But the bottom line is we need to make sure that if you’re getting financial aid you’re doing your part to make progress toward a degree.”

Unfortunately, Obama’s good intentions are thwarted by the economic principle formulated by banker Charles Goodhart. His law states, “When a measure becomes a target, it ceases to be a good measure.”

Applied to higher education, it is easy to use progress toward a degree as a measure of actual learning. To maintain a good reputation, schools want to graduate only students who have learned the material. Degree requirements are formulated to mark this progress.

But if the government starts paying colleges based on a student’s progress toward degree requirements or the number of students who graduate, this measure of student progress will change into a target for the school to achieve. In other words, colleges will trend toward the goal of printing pieces of parchment rather than educating their students.

A corollary to Goodhart’s law is Campbell’s law: “The more any social indicator is used for social decision making, the more apt it will be to distort and corrupt the social processes it is intended to monitor.”

When Donald T. Campbell applied this law to schools, he said, “Achievement tests may well be valuable indicators of general school achievement under conditions of normal teaching aimed at general competence. But when test scores become the goal of the teaching process, they both lose their value as indicators of educational status and distort the educational process in undesirable ways.”

We’ve already seen the effects of both of these laws with the No Child Left Behind Act of 2001. Teachers focused on the tests at the expense of truly educating their students.

Because test scores became all that mattered, many teachers simply cheated. They gave their students the exact test questions and answers during class. Others deceived more directly, filling in blank answers for students who could not even complete the tests.

Federal funding is already to blame for rising college industry costs. If progress on a degree is all that matters to receive that funding, we’ll see degree requirements relax. More and more students will receive an increasingly meaningless piece of paper at the end.

The federal government spends $69 billion on college financial aid programs. An additional $107 billion goes to the student loan program. Meanwhile the tuition at all the public colleges in the country (where 75% of undergraduates attend) amounted to $62.6 billion.

Despite all that or perhaps because of it, the cost of college has risen by almost five times the rate of inflation since 1983.

No one is a better judge of the value of a college education than the parents and students shopping for college. High school students spend a tremendous amount of time and effort on what is commonly seen as the biggest decision of their life so far.

Our local University of Virginia offers one of the best 20-year net return on investment at 17.6%. But surely the criteria for evaluating if and where a student should attend college is as individual as the student themselves. Blindly adding the criteria of random government statistics will do even greater harm.