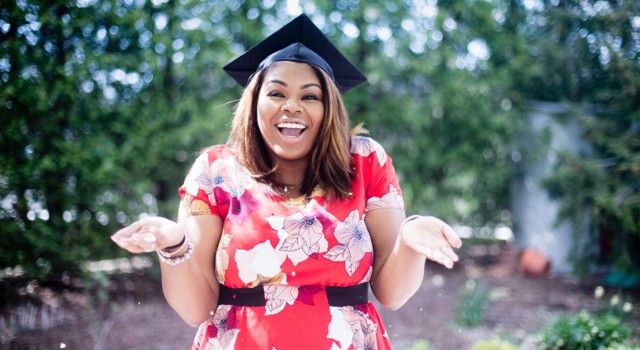 A college degree is worth more than its weight in gold. In fact, the value of a college education is worth about $1 million, according to a 2002 study conducted by the US Census Bureau. In the face of rising college tuition costs, education may seem like an impossible dream, but education is a key part to your financial well-being. As with any big investment, diligent planning and saving is required.

After graduating from Stanford in 1982, my newlywed wife and I moved to Eugene, Oregon. That year, Eugene had 35% unemployment and was featured in the cover story of Time magazine as one of the two cities worst hit by the recession. There were no entry-level jobs.

Primarily because of my Stanford education, I was hired as a computer science instructor at Lane Community College. My wife also found employment directly as a result of the computer classes she had taken at Stanford.

As a member of the NEA, I saw firsthand the difference that education has on people’s livelihood. Many of my students were unemployed lumber workers (remember this was Oregon) or recently divorced women. They were seeking two-year associate’s degrees in computer programming. The average age of my students was 35 years old, and since I was only 21, we were both a little intimidated by each other. The difference was, I had the skills they needed to move into a new career. The college motto was, “We’re part of the solution!”

The community college motto was not half-baked. The study conducted by the US Census Bureau analyzed the correlation between the level of educational attainment and the annual earnings for workers in the US. Its findings concluded that college graduates doubled their earnings potential, grossing an estimated $1 million more in their lifetime than workers who held just a high school diploma. College can be a great investment.

Education is an investment in you. Your talents and skills are your main means of producing income, so make every effort to enhance your most valuable asset: you. By expanding your knowledge and skill, you increase the value of your marketability. When the value of your potential services increases, that value is often reflected in your earnings.

Education is the key means to increasing the value of your services. Even if you have held your current job for years, taking courses or completing a certificate program may make you eligible for promotion. It may also open up new career paths. Don’t assume that previous education and work experience has been a waste of time. Skills learned in one area are often transferable to another and enhance what you bring to the table.

Borrowing money is usually a bad idea. Loans for education are an exception. Education is not like a consumable good which leaves you with little more than a bill. It is an investment in yourself. If further education increases your marketability, consider going back to school, even if you have to borrow.

We recommend mortgage and student loans for the same reason: government subsidies. The government offers school loans at reduced interest rates for parents and students. Many student loans are interest-free while the student is enrolled full-time in school. Others accrue interest at low rates and offer the borrower a better deal than loans available at your local bank. If the education is job related, the costs are not just another expense. They are an investment in your financial future.

There is an old Jewish proverb that says, “He who doesn’t teach his son a trade teaches him to steal.” Children learn a great deal from their parents. One of the best ways to teach them responsibility is to live it before them. The next 5 articles will discuss not only the importance of investing in yourself, but also how you (parents and grandparents) can invest in the next generation. As you gather your thoughts from these articles, share your dreams and plans with your children or grandchildren. They are watching and listening very carefully.

Photo by Rochelle Nicole on Unsplash