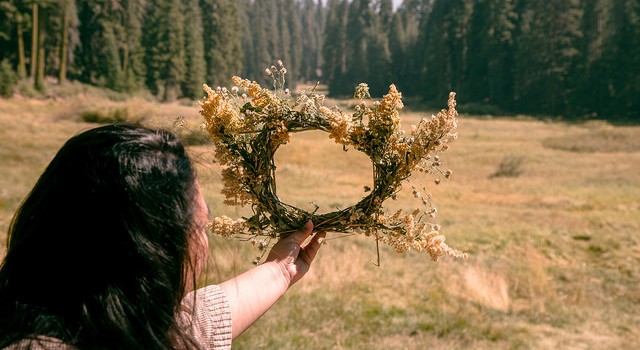 The average American will work 129 days from the beginning of this year through May 9th to pay for taxes at all levels of government. On May 10th, the worker will be free — at last — to take care of his or her own needs. The burden of government has expanded by one day from last year and now stands at the highest level since World War II.

Strange, I thought I heard the President say in his second Inaugural Address that “the era of big government is over.” However, since he took office, we have had to work an extra ten days for government, and he and the Vice President continue to daily promise increased benefits for this or that group of voters.

Tax Freedom Day varies from state to state: workers in New Hampshire celebrated April 25th; those in Connecticut have to work until May 26th to keep their own earnings. We here in California celebrate on May 11th, one day after the national average.

As governmental power expands, individual freedom contracts. It happens so gradually, no one seems to notice. However, I remember that in the early fifties, I paid six percent in federal taxes and one percent in payroll taxes. Today, my children (and most Boomers) pay twenty-eight percent in federal taxes and seven percent in payroll taxes. That is a four hundred percent increase in the rate of taxes. Oliver Wendell Holmes, Jr., said, “Taxes are the price we pay for civilized society.” I say, “We are being grossly overcharged!”

Big Government has become a vast machine to redistribute income from those who earn it to those who yearn for it. The question is, how far can the state go in redistributing huge amounts of wealth from the more productive elements of society without inflicting serious damage on families, where two earners are needed primarily because of the tax burden. Taxes now consume more than a family’s food, clothing and shelter cost.

It is no triumph that we have balanced the federal budget at such a very high level of expenditures. Instead of a peace dividend following the collapse of communism and the Berlin Wall in 1989, all we got was a higher and higher tax burden even as military spending has declined!

In addition to the high burden of taxes, the government insults us further with a level of tax complexity that causes half of tax filers to seek professional help. Our present system is unintelligible, inefficient, unfriendly to savings and capital, time consuming, costly and unpopular. The antiquated 85-year-old federal tax code should be replaced with a tax system that looks like someone planned it on purpose.

It is time to scrap the entire tax code mess that is now the size of eight Bibles. Two alternatives are (a) the flat tax which would levy one low rate of about 17 percent, or (b) a national sales tax.

The federal government is worried about Microsoft achieving a monopoly position, as it previously worried (needlessly) about AT&T and IBM. But who is going to protect us from the growing monopoly power of Big Government? It seeks to be a Big Nanny to all of us and protect us from all sorts of dangers, real and imagined. The biggest monopoly in America is the public education system, which was far superior in the days prior to federal involvement.

Thomas Jefferson and Frederick Hayek said it best. Hayek warned us five decades ago that the more we rely on government to solve our problems, the more power it will have to harm us later. Also, Jefferson’s observation continues to be valid: “The natural progress is for government to gain ground and for liberty to yield.”

If the recent rate of government growth continues, Tax Freedom Day will come on Labor Day in the year 2054. Although that seems intolerable, remember that the Russian people worked for government 365 days a year for many years before they abandoned their “government-knows-best” system.

Now our representatives are arguing over how to spend this year’s estimated $50 to $60 billion federal budget surplus. You see, they trust Big Government more than they trust the American people. If they were really concerned about us, they would refund the surplus to the workers who earned it. When they do that, we will really know that the era of Big Government is finally over.