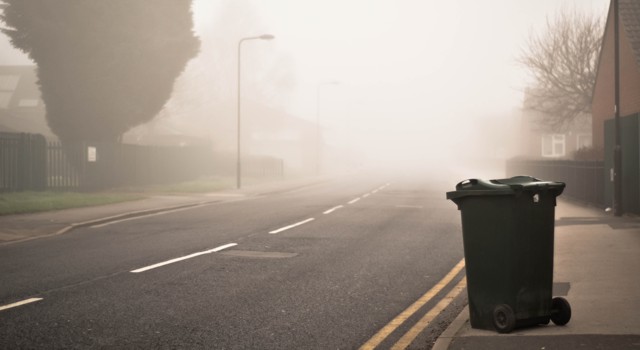 As a Enrolled Agent and a professional tax preparer, I think the current tax code “stinks” and should be completely scrapped. The time has come adopt a tax code that looks like someone designed it on purpose.

A tax code should have one and only one overriding objective: to collect sufficient funds to finance the federal government. The current code has gotten so big and complex that half of all taxpayers have to seek professional help. Furthermore, if you hire five different accountants, you will get five different answers.

The code is so complex that only one member of the tax-writing committees in Congress fills out his own tax return. Every few years Congress passes a major tax bill and adds new complexity on top to old complexity. I spent the whole weekend struggling with my own taxes (instead of enjoying tennis or lawn bowling!) Even with the aid of a computer program, it was quite a hassle.

I took four examinations given by the Internal Revenue Service to become an Enrolled Agent. When I came out of one of those long exams, my mind was mush and I finally understood what they meant by an “Excedrin” headache!

At a recent conference at the Hoover Institution on the problems of our current tax code, one wag said that the difference between death and taxes is that death does not get worst every time Congress meets! Everybody hates the IRS, but they are not the problem — Congress makes the laws; the IRS is simply trying to carry out the legislation.

Anyone of us could design a better system, but 500 congress people cannot resist the pressure groups who want to twist the code to benefit their particular constituencies. Although the code is often used to try to give us incentives to behave in a particular way, have you ever noticed that if we all take advantage of some particular aspect, it then becomes a “loophole” that they need to plug! The Roth IRA is so attractive, I wonder how long it will last?

It took me about 16 hours to do my own rather complex income tax return. In my tax return instructions, the IRS admitted that my type of return would take the average person about 36 hours. That includes the required record keeping, learning about the law and forms, preparing the form, and copying, assembling and sending it in to the IRS. That is not only a huge waste of our valuable time, but the code frequently encourages us into a pattern of behavior that is not helpful to our economy.

In contrast to our modern, efficient, micro-chip-driven economy, our tax code is still operating at quill-pen speed. We don’t need another at-the-margin tune up in the code. We deserve better. We need a fundamental overhaul. Instead of continuing to suffer from the “tyranny of the status quo,” we need daring leadership to bring our code in line with the progress we’ve made in other fields.

The cost of compliance has gotten completely out of hand. A friend told me that their tax return cost them $3,000 (by a San Francisco accountant) and I know that their return was much simpler than mine! Even spending that much money, it does not relieve you of the onerous task of digging up all the numbers needed by the expert preparer!

The first principle of a new code is that it should be simple. There is something un-American, and undemocratic, about a tax system that cannot be understood and fulfilled by an American of average intelligence and education.

A new code should be fair to all. Because of the present complexity, many feel that the rich benefit because they can afford experts to keep their taxes low! A simple code which is understood by all would go a long way to reducing the present cynicism??

The time is ripe for basic reform. Our federal budget is balanced and the economy is chugging along steadily. The purpose of the change should be to substitute a new system to raise the same level of taxes as we are now. With the “misery” index at a new low (rate of unemployment added to the rate of inflation), there could not be a better time for the U. S. to take the world leadership in this regard.

Developing a new code hopefully would remove some of the present disincentives to saving and investment that have put the U. S. at the bottom of modern societies in our rate of savings.

There are many alternatives to our “mired in the swamp of complexities” tax system. There is the flat tax, a national sales tax, and a value-added type of tax. It would be wonderful if after adopting a new system, we would stick with it for long periods of time so that taxpayers could make their personal plans for the future based on some consistency over time.

Here is what we have to do: set a deadline for scraping the current tax code, and then start holding hearings on designing a new code that is simple, fair, and easy to administer. Keeping the present code is eroding peoples’ trust in government and is detrimental to our ability to compete in an increasingly competitive world economy.

A new code would better fit in with the entrepreneurial spirit found in our bustling Silicon Valley. Let’s hope that the local leadership will take up the task of “scrapping the tax code” and restoring some of the values bestowed on us by our founding fathers who fled the bad taxes of the Old World.

The “Taxpayers Relief Act of 1997” just passed by Congress is really called “The Full Employment Act” by all CPAs, Enrolled Agents and other tax preparers.

Photo by Shane Rounce on Unsplash