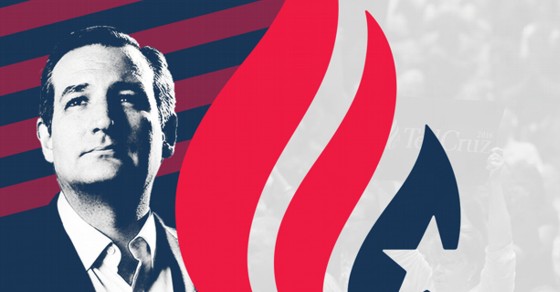 Ted Cruz’s tax plan is ambitious. More than many other candidates, it aims to fundamentally change our tax system.

He would collapse the current income tax brackets into one flat 10% rate on all income. He does not eliminate the double-taxation of capital gains and dividends like several of his Republican competitors, but reduces their maximum to 10% from the current maximum of 20%. Currently, however, some capital gains can be taxed at 0% and Cruz’s simplified structure would eliminate that, taxing that income at 10% like everything else, so what he saves for some, he taxes for others. He promises that a “for a family of four, the first $36,000 will be tax-free”, but it is unclear whether this means $36,000 before or after deductions and exemptions are counted.

He aims to cut away the nest of special-interest deductions that favor crony capitalism, but doesn’t specify which ones. He only assures that he will retain itemized deductions for charity and mortgage interest expenses. He would change the standard deduction to $10,000 (from $12,600), but the reduction in tax rates to 10% makes up for that. Surprisingly, he does not mention abolishing the Pease phaseout of itemized deductions despite railing against complexity in general.

Cruz is the only candidate besides Rand Paul to propose eliminating FICA payroll taxes. This is a nice proposal as the current way the taxes are levied (half being withheld from employees’ wages and half being paid by the employer on behalf of the employee) conceals how much tax is owed, but Cruz follows this up by saying it can be done “while maintaining full funding for Social Security and Medicare.” FICA taxes are intended specifically to fund these programs, so unless he plans to divert a greater portion of income tax revenue to those programs to cover the loss of FICA taxes or he plans to substantially alter them, this cannot be true. As it is, he offers no plans to change Social Security and Medicare. He seems to hope that eliminating payroll taxes will increase wages enough that income tax revenue will naturally rise to cover the lost FICA revenue.

He makes a point of saying that he would keep the child tax credit and “expand and modernize” the Earned Income Tax Credit, which implies that he might abolish other credits. If so, he does not say so directly, and if he does not, it would do little to reduce the complexity in the tax code he decries. He also gives no details on how he plans to change the Earned Income Tax Credit.

His plan abolishes the estate tax, the Alternative Minimum tax, and the Net Investment Income tax. All of these are good suggestions, although he does not mention whether gift taxes would also be abolished. They are an entirely separate, often unacknowledged tax (Rand Paul is the only one to mention them) meant to catch people trying to avoid the estate tax by giving away their wealth before they die.

Cruz also devotes a large amount of attention to business taxes. He plans to change the current corporate tax structure (with rates that go as high as 35%) to a flat 16%. This is a welcome reduction, but it raises questions about how rigorously Cruz applies his principles. Businesses are taxed different ways, with C-corporations taxed as their own entity under corporate tax rates and S-corporations, partnerships, LLCs, and sole proprietorships taxed on an individual level – the business’ profit is reported on the owner’s tax return using individual tax rates. In Cruz’s model, C-corporations would be taxed at 16% while LLCs and sole proprietorships would be taxed at 10%. He gives no reasoning to suggest that this discrepancy is intentional, so it comes across as an oversight. If he intends to make things simple, why would he retain the nonsensical way we tax business income differently?

Further, Cruz’s business tax “will be based on revenues minus expenses such as equipment, computers, and other business investments.” Salaries are a notable absence. For all his talking points about the importance of American workers, why would he not include salaries as an allowable expense? Under this system, he increases the risk of automation replacing human workers since machines would be allowable expenses and a employee’s salary would not.

He would allow immediate expensing of capital investments for businesses, which would eliminate the need to keep depreciation schedules. This is another good change – depreciating individual head of cattle is a ludicrous necessity of current farm taxes.

Cruz’s tax plan seems contradictory on one principle: he eliminates the individual-level tax on foreign-earned income, but offers as a good plan that “US businesses could return their overseas profits to American soil for a one-time 10 percent repatriation fee.” Donald Trump’s plan shares this problem. If it is better for the economy that people be encourage to invest globally, why punish companies for investing globally? If foreign-earned income should be non-taxable, why would there be tax due on income that was already earned overseas?

Again, this plan is ambitious. But for all the principles behind Cruz’s sweeping changes, he stops short in strange places. He wants to simplify thing so taxes can be sent in on a postcard, but he is potentially retaining itemized deduction phase-outs, tax credits that also phase out, the need to decide between standard and itemized deductions, the bifurcation of business taxes based on how the business is organized, the need to check whether a business purchase is an allowable deduction, and gift taxes. This is not the abundantly simple tax plan he hopes it to be.

But that does not mean it is without merit. It saves taxpayers a great amount of money.

Using the same statistics for the average four-person family in our analysis of Rand Paul’s tax plan, we know that the hypothetical average family under current law would have $102,298 in gross income, $53,419 in taxable income after deductions and exemptions, and owe $3,706 after counting the preferential treatment of capital gains and the child tax credit.

Cruz would tax all income equally, so we start at the same place with $102,298 in gross income. Like Paul, he would keep itemized deductions for charitable contributions and mortgage interest paid which, on average, amount to $17,451. He would keep the $4,000-per-person exemption rate, which amounts to $16,000 of exemptions. This leaves $68,847 in taxable income. This would all be taxed at 10%, leaving tentative tax due at $6,885. He would keep the child tax credit which is worth currently $1,000 per qualifying child, so the final tax owed by this family would be $4,885.

Like Rand Paul’s plan, this initially seems to make tax costs higher by simplifying them, but also like Paul, Cruz would eliminate FICA taxes. For our hypothetical family, these would cost another $6,799, leaving Cruz’s plan with a total tax bill $5,620 lower than our current system’s. This would be good news for everybody.

We are only left to wonder if he can meet truly meet these goals. Eliminating FICA taxes while preserving full funding of Social Security and Medicare seems like a pipe dream, especially when Cruz has announced no plans to change how Social Security and Medicare are structured and income tax revenues would likely fall under his tax system. If FICA taxes are not eliminated, his plan would make taxation worse for our hypothetical family.