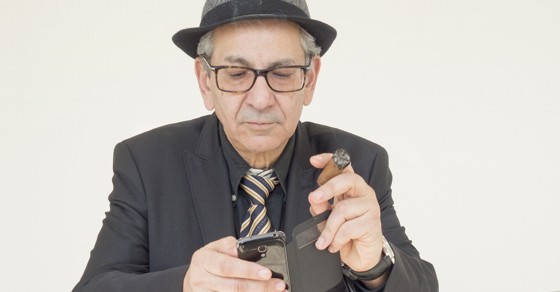 In short, discretion is the ability to make and implement trades for a client without first getting the client’s permission. Along with discretion comes the fiduciary responsibility to act in the client’s best interests. Since product salesman can’t do the latter, they should not be caught doing the former.

Alan J. Foxman has a good example of how discretion works among different types of financial advisors in his OnWallStreet question-and-answer column entitled “Advisor Tripped Up By ‘Authorized’ Discretion .”

I have a client who travels for extended periods of time overseas. Because of that, the client authorized me to make whatever trades I thought were appropriate. He basically gave me discretion. Apparently, when he returned from his most recent trip, he had a question about one of the trades and called the office. I wasn’t in and he spoke with my manager. Despite my having a signed authorization from the client, my manager told me I wasn’t authorized to take discretion. My manager and his supervisors are now considering firing me! Oh, and the account made money as well. I don’t understand this?

Unfortunately, this is more of an internal issue with your broker-dealer than a FINRA issue, although FINRA is likely to get involved if you get fired. It seems that, pursuant to your firm’s policy, commission-based brokerage accounts such as this customer’s were not allowed to be traded on a discretionary basis.

Even with the customer’s written authorization, your firm did not accept discretionary accounts. I hate to be the bearer of bad news, but I would anticipate that your firm will likely terminate you. If they do, FINRA will probably investigate, as the firm is likely to list it as an “involuntary” termination and/or note that you were under an internal review at the time of termination. Either mark will result in a FINRA review and a possible fine and suspension.

In this case, process matters more than outcome.

The broker-dealer this person worked for realized that it was in the business of selling product and banned its so-called advisors from making discretionary trades. Since the advisor was being paid a commission-based salary, the broker-dealer rightly required the client to approve each specific transaction. The client’s authorization to break this rule should never have been followed.

The client had no right to expect that the agent of the broker-dealer would act in their best interests because agents of broker-dealers are not required to. If given discretion, they could invest all of a client’s money in whatever products pay the agent the highest commission despite what it would cost to the client. While technically legal, this paints such a bad picture of the firm that some companies like the one mentioned above ban the practice themselves.

The fact that the trades made money was irrelevant. Lots of products paying commissions make money. But don’t trust someone who has deliberately organized their business so as to not have their client’s best interests at heart.

Fee-only fiduciaries have a legal obligation to act in a client’s best interests. That is what “fiduciary” means. Because they are only allowed to do what most benefits their client, they are able to accept a limited power of attorney to make trades on a client’s behalf.

Alarmingly, many fee-based (more accurately, commission-based) advisors accept both discretion and commissions. This is flat-out illegal in other countries. These advisors trade on the deliberate similarity of their name to fee-only advisors to trick clients into thinking they are fiduciaries when they are not. These advisors have more in common with the huge broker-dealers clients know to be skeptical of.

You should know if your advisor is accepting both discretion to make trades in your account as well as commissions based on those trades. Check your advisor’s SEC filing to see if they are really “fee-only” or if they call themselves “fee-based” because they accept commissions. Only fiduciaries deserve your trust because they are legally required to honor it.