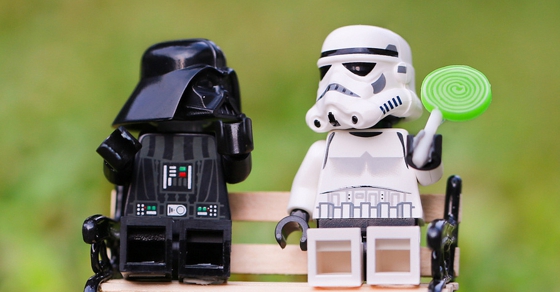 Bob Veres has a great article in Financial Planning Magazine about the issues associated with being a fiduciary entitled, “Give Up the ‘Fiduciary’ Fight “. In Veres’ article he writes:

First, let’s push for clarity in the terminology. We (and they) call it the brokerage industry, right? No matter what they have on their business cards, employees of a brokerage firm should be characterized as brokers, and should be required to identify themselves as such to consumers who walk in the door.

Advisors who register with the SEC under the Investment Advisers Act should be required to describe themselves as advisors. They can also call themselves financial planners or investment professionals or wealth managers, or any of these other names, but the simple broker/advisor distinction would help consumers identify a professional who is required to live up to the un-rewritten fiduciary standards.

It will take a lot of time and lobbying before the SEC starts requiring this nomenclature, but in the meantime, we can ask journalists to be a little more careful about the way they characterize the different players. Way too many reporters, in the consumer media and also in trade media, use the terms “broker” and “advisor” carelessly, often calling wirehouse reps “advisors” in their articles.

Some of this is out of ignorance. I recently talked with a young trade reporter who was astonished to hear that brokers working for wirehouse firms were not registered as RIAs.

I love that Bob Veres thinks that labeling someone as a broker or advisor would help bring clarity. It shows his optimism. But the incentives among non-fiduciaries to confuse consumers is too strong.

Veres spent an entire section arguing that “each time, the sales agents and their brokerage employers have very effectively blurred” whatever clear lines people were trying to draw.

A fiduciary is “an individual in whom another has placed the utmost trust and confidence to manage and protect property or money. The relationship wherein one person has an obligation to act for another’s benefit.” In contrast, a broker is someone to whom you have no legal right to trust that they acting in your best interest.

Given that clear bright distinction, how many people are going to want to put broker on their business card? Would you like a business card that read Free to act in my own interests as the tag line? No one will make that line clear when so much money is at stake.

And lines are blurred even more when “advisors” who are supposed to have a fiduciary responsibility charge a fee and also collect commissions. They call themselves fee-based, and mostly hide their conflict of interest.

And just when I think we are making progress with the distinction, and a prospective client comes in determined to only consider working with a fee-only financial planner, I ask them who else they are considering. And I am disappointed to hear a list of commission-based agents and brokers. The consumer doesn’t even know who is fee-only and who is “fee-based.”

And it isn’t even the case that compensation is the only method consumers should be using to make their decision. We think that there are at least ten considerations you should use just to safeguard your money. Those ten are minimal. After those ten you should start adding what range of services are offered.

There are fiduciaries who only do asset management, those that also include financial planning, and those that even include comprehensive wealth management and life-planning.

We should always push for clarity, but the congressional forces will be against us.

In the meantime, consumers can be armed with ten questions to ask a financial advisor and organizations like NAPFA who offer a quick and easy way to find a fee-only commission-free financial advisor in your area.