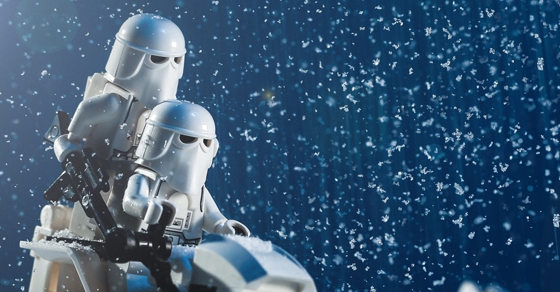 In my view, the fiduciary battle should be abandoned as a lost cause. Otherwise, there’s a real danger the brokerage industry will use its enormous wealth to emasculate an important legal distinction.

If you don’t think this battle is lost, consider that the SEC and Congress are asking for proof that a fiduciary advisor provides a better cost-benefit relationship for consumers than a wirehouse broker.

If they were serious about the question, all they’d have to do is ask: Which firms are offering cushy seven-figure jobs to regulators after they leave the SEC?

Can advisory firms, who watch every penny of client assets, afford that kind of salary? Who is casually tossing millions of dollars into congressional campaign coffers to buy access? Where do they think all that extra money comes from?

If the fiduciary battle is lost, the question becomes: Where are the real professionals going to find their next bright-line distinction? I think this time around, advisors should try several approaches at once.

Let me be clear on what Bob Veres is saying.

He is saying that the SEC and Congress are so influenced by commission-based agents and brokers that they can’t be trusted to do the right thing for the consumer.

And because they can’t be trusted to do the right thing, it would be terrible for them to do anything to define a fiduciary standard.

For those who missed the first part of this series, a fiduciary is “an individual in whom another has placed the utmost trust and confidence to manage and protect property or money. The relationship wherein one person has an obligation to act for another’s benefit.”

Most of the financial services world are commission-based agents and brokers. Approximately 88% of investment adviser representatives are also registered representatives of broker-dealers. I believe over half of the 12% remaining are fee-only fiduciaries, but that’s not even a guarantee. As a result the organizations that represent the commission-based agents and brokers (FINRA for example) have captured the government regulatory process. They have repeatedly tried to use the government to squelch the smaller fee-only fiduciaries who compete with them. Most recently they have insisted that FINRA aim its regulatory investigations at the low-risk fee-only advisors who they have not visited in the past.

FINRA has always supported regulation to quell its competition. We should always beware of government regulation, especially when a portion of the industry thinks it’ll be good for business.

Bob Veres is correct to invite looking at the salaries of the commission-based world. FINRA is more Wall Street than Main Street. Even the CFP Board opposes FINRA oversight of CFP advisors.

He is also right to question the revolving door from the commission-based world to the SEC and other regulatory agencies. And he is correct in asking why they casually toss millions of dollars into the campaign coffers of Congressional Representatives to insure their support on these matters.

Just to be clear, financial incentives make this corruption inevitable. The answer is not to regulate the money. The money is not the problem. The problem is the power of Congressional regulations to squelch competition. That power is what is the corrupting influence. Reduce Congressional power and it won’t be worth buying. And for those who haven’t realized it: vore often than not, the influence of Congressional power does more harm than good.

Instead, our practices here in the United States leave people asking, “Are all financial advisors crooks?” The question is a fair question as most commission-based advisors were caught failing clients in a research sting by The National Bureau of Economic Research.

Bob Veres is right to suggest that legislation is not the answer. The legislative process puts power in the hands of those who can purchase Congressional influence. The best protection is the freedom to compete in the market place and distinguish ourselves as fee-only fiduciaries.

We suggest that there are ten questions to ask a financial advisor before you engage their services. They are part of our Safeguarding Your Money series and safeguard #8 is to avoid advisors with a lavish lifestyle. Another question to ask a potential financial advisor is “How are you compensated?”

NAPFA offers a quick and easy way to find a fee-only commission-free financial advisor in your area. You can also look for an Accredited Investment Fiduciary.

But don’t look to Congress to protect you from the financial sharks who contribute to their campaigns and keep them in power.