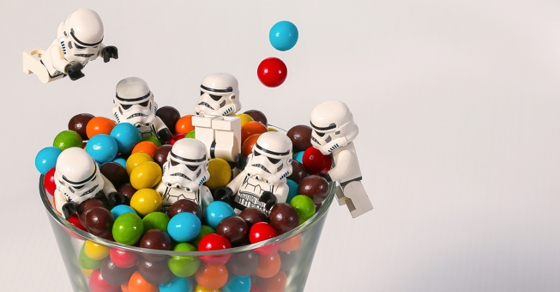 With all the arguments and lobbying around the fiduciary standard, I think the profession is in danger of forgetting the big picture. The fight over the “fiduciary” label is really just one more battle in a long war between professionals and sales agents.

And each time, the sales agents and their brokerage employers have very effectively blurred those lines.

An early example was “fee-only” — which, for a few years, clearly distinguished advisors who helped clients build sound portfolios from those who mostly sold sleazy tax shelters. Then the brokerage industry came up with the term “fee-based,” and did a terrific job of muddying the distinction.

Now, consumers looking for a wealth management professional who charges fees will walk into a broker’s office and inquire about compensation; when the broker says that he’s “fee-based,” the consumers relax and feel like they’re entering into a genuine professional relationship.

In the present skirmish, SIFMA is actually claiming that it has always supported a fiduciary standard. Yet in the next breath, the organization says that the standard should be “harmonized” (read: completely rewritten) so that it is rules-based rather than principles-based, permits brokers to act on conflicts of interest so long as they are disclosed in small print on page 39 of the client agreement, and generally conforms to the sales culture’s existing rules on suitability.

If SIFMA wins this round, how are consumers to know that this is a complete rewrite of centuries of established case law?

For those not familiar with the term fiduciary, a fiduciary is “an individual in whom another has placed the utmost trust and confidence to manage and protect property or money. The relationship wherein one person has an obligation to act for another’s benefit.”

A fiduciary has a legal obligation to act in a client’s best interests. A commission-based agent or broker has no such legal obligation and while they are allowed to pose as a financial advisor they are in reality a salesman. Their legal standard is called suitability meaning that what they sell a client has to be vaguely suitable for the client to purchase. They are legally safe so long as they follow the letter of the law regarding signatures and disclosures none of which clients pay any attention to. The only example I have ever heard of regarding an unsuitable investment is selling 30-year bonds to a 99 year-old client. It certainly doesn’t stop them from selling people variable annuities.

This is why Bob Veres describes this clash as between professionals (fiduciaries) and sales agents.

The term fee-only did help distinguish fiduciaries from non-fiduciaries. Salesmen blurred the distinction asking why would you want to pay for investment advice when you can get it for “free”? That did not work as well as they had hoped because it raised the question, “Then how, actually, do you get paid?” So they decided to charge a small fee and call themselves, “fee-based“.

The confusion seems to be working. Studies show that clients are confused about standards and seem not to care.

I’ve taken to using the term commission-based agents and brokers to distinguish those who do not have your interests at heart from the fee-0nly fiduciaries who are legally obligated to act in your best interests.

The legal distinction is the difference between a rules-based standard and a principles-based culture. You deserve a fiduciary standard of care and you should require that your financial advisor be acting in your best interests. You should only choose to work with a fee-only financial planner.

From their own website, ” The Securities Industry and Financial Markets Association (SIFMA) brings together the shared interests of hundreds of securities firms, banks and asset managers.”

They have greater resources and therefore a greater lobbying effort to make sure that congressional legislation favors their constituents’ shared interests.