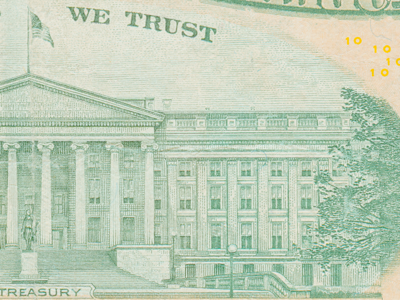 Kevin R. Keller is chief executive of the CFP Board. He gave his viewpoint in InvestmentNews in an column entitled, “A fiduciary standard is good, old-fashioned common sense” in which he explained the history of the CFP board adding a fiduciary standard to its Standards of Professional Conduct:

When the CFP Board included a fiduciary standard in its Standards of Professional Conduct, there was concern that brokerage and insurance business models were going to be disrupted and compensation structures would suffer. We even had one insurance company force their CFP professionals to relinquish the right to use the CFP mark.

As most know, the CFP Board is business model and compensation-neutral. Whether you work in the brokerage, investment advisory, insurance or any other segment of the financial services industry, the requirement to put clients’ interests first stays the same.

The fiduciary requirement for all CFP holders is not without controversy. In a response to this column, John H. Robinson published a reply entitled “CFP Board didn’t invent the fiduciary standard” in which he wrote:

Does Mr. Keller really expect us to believe that the tens of thousands of CFPs who are compensated via commissions from the sale of investment products in which there is no regulator-mandated disclosure of compensation are truly meeting their fiduciary obligations to their clients by explaining in advance how much commission revenue they expect to receive along with the amounts they might receive if other investments were employed instead?

This is exactly the question asked by those who started the National Association of Personal Financial Advisors (NAPFA) back in 1983 when a group of advisors simply wanted to serve their clients without muddling the relationship with commissions. Compensation matters. So does having a CFP and being a fiduciary. To put it graphically: 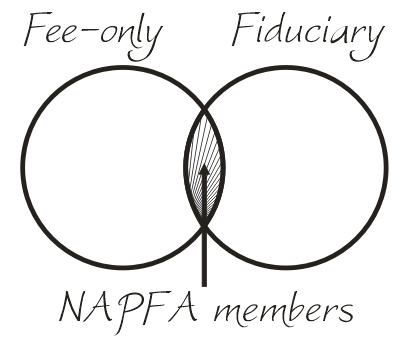 Compensation matters. If a strong fiduciary standard were in place, commissioned based agents and brokers pretending to be fiduciaries might be obligated to “explain in advance how much commission revenue they expected to receive along with the amounts they might receive if other investments were employed instead.” Kevin Keller explains in his column who is the vocal minority against such a strong fiduciary standard:

Despite this clear and persuasive evidence that a fiduciary standard can be applied across business and compensation models, a minority of groups, mostly representing insurance companies and some members of Congress, still don’t see the value of requiring a strong, uniform “client first” fiduciary standard for all financial professionals who provide personalized retail investment advice. This vocal minority shouldn’t stop the SEC from moving forward with this important consumer protection reform authorized by Congress.

Not everyone wants a strong fiduciary standard, but you should!

You deserve a fiduciary standard of care. Here are ten questions to ask a financial advisor before you use their services.