Securities and Exchange Commission Continues To Ignore Enforcing The Law 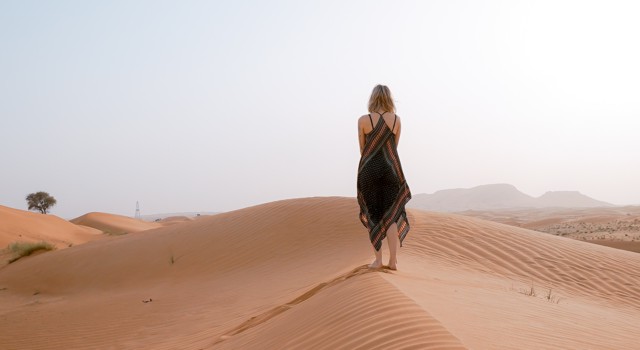 The Securities and Exchange Commission (SEC) released another thousand pages of proposed standards which again fail to require a fiduciary standard of care on commission-based brokers posing as investment advisors. For proponents of more government regulation, this is an embarrassingly poor document that will do more harm than good.

For years the SEC had been allowing broker-dealers posing as investment advisors to be exempt from fiduciary requirements. This became known as the “Merrill Lynch rule.”

In 2007, the Financial Planning Association sued the SEC for not enforcing the law and won. You would think that losing the lawsuit would mean that the SEC would start enforcing the law and require that everyone register. However, you would be wrong. For the past decade now, the SEC has been delinquent on fulfilling the instructions of that court order. It is difficult to have any respect for a government agency whose sole purpose is to uphold securities and exchange law that fails to uphold the law for 77 years, loses a lawsuit asking them to enforce the law, and still fails to enforce the law for another decade.

And yet the SEC continues to pretend that additional required disclosures will protect consumers. Or perhaps the SEC is so influenced by commission-based agents and brokers that they can’t be trusted to do the right thing for consumers. They may simply be another government agency suffering regulatory capture by the industry they are supposed to regulate.  Instead of any substantive action, they put additional compliance burdens on smaller fee-only fiduciaries while substituting meaningless disclosures for any real fiduciary duties for broker-dealers.

The SEC has a long history of allowing Brokers to pretend to be advisors and substituting additional regulatory filings for any real fiduciary standard.

First, the SEC required Form ADV on which registered advisors were required to disclose information about their business and compensation. One check box of this form could have been sufficient for consumers to avoid so-called advisors who also accept compensation in the form of commissions based on the products they sell. Then in 2011, the SEC began requiring Form ADV Part 2. Instead of using a checkbox format, Part 2 requires advisors to write a “plain English” narrative of twenty topic areas. Our firm’s ADV Part 2 is currently 25 pages. Among other things, our ADV Part 2 explains the practices we don’t engage in and why we believe they are not in the best interest of clients. We also explain some of the mystifying rules of the SEC and why they neither protect consumer nor make sense in the industry. We give our ADV Part 2 to any prospective clients as part of our initial conversation.

Part of my job as Chief Compliance Officer is to strive to understand and then comply with regularly changing requirements. Some requirements are difficult to understand. Others are strange and unique. Even some of the best firms do not comply with all the regulations. These regulations are a burden to smaller firms, and often do not permeate to the advisors of larger firms. The SEC estimates that “the average annual cost and hour burden for investment advisers to complete, amend, and file all parts of Form ADV are $6,051 and 23.77 hours .” This estimate must assume paying a consultant for their hundreds of hours of experience. As Chief Compliance Officer in the firm, I believe that delegating compliance to an outside consulting firm results in not understanding the complexities of what is required to comply. As a result, I spend at least 100 hours a year, mostly on understanding what is required as a prerequisite to the hours actually executing the many required reviews, record keeping, form updating, and staff training which actually comprises compliance. I’ve spent more than 24 hours just writing about inadequate fiduciary rules proposals.

Now the SEC is proposing to add a Form ADV Part 3 to the list of required documents that firms are responsible to complete every year.

According to the SEC, this new Form ADV Part 3 will disclose to investors “a relationship summary, which would provide these investors with information about the relationships and services the firm offers, the standard of conduct and the fees and costs associated with those services, specified conflicts of interest, and whether the firm and its financial professionals currently have reportable legal or disciplinary events.”

Disclosures don’t work. We currently have massive disclosures and yet consumers still don’t understand the difference between “fee-based” and “fee only“. According to the SEC “more than two-thirds believed that a fiduciary duty is owed to customers by broker-dealers.” Such as duty ought to be required by the Investment Advisers Act of 1940, but the SEC refuses to enforce that legislation.

“Best Interest”, Whatever That Means

In the SEC’s latest proposals they propose a “Best Interest” regulation which is never defined and then admit:

An investment adviser is a fiduciary, and as such is held to the highest standard of conduct and must act in the best interest of its client. Its fiduciary obligation, which includes an affirmative duty of utmost good faith and full and fair disclosure of all material facts, is established under federal law and is important to the Commission’s investor protection efforts. The Commission also regulates broker-dealers, including the obligations that broker-dealers owe to their customers. …

An investment adviser’s fiduciary duty is similar to, but not the same as, the proposed obligations of broker-dealers under Regulation Best Interest.

Financial Advisor Magazine summarized the lack of teeth to the new “Regulation Best Interest” when it quote Commissioner Stein:

One of the most outspoken critics is Democrat Commissioner Kara Stein, who called “Regulation Best Interest” the “Regulation Status Quo” because of its failure to institute a fiduciary standard for B-Ds or even define what “best interest” is.

“One might say the emperor has no clothes,” said Stein, who voted against releasing the three SEC proposals. “For at least the last decade, investors have been asking for some type of fiduciary duty. The proposal today squandered the opportunity for us to act in retail investors’ best interests.”

Stein said the SEC’s failure to create a fiduciary standard for brokers was particularly painful after listening week after week to SEC examiners report back on findings of broker fraud.

Bob Veres writing about the new SEC ruling explains the politics this way:

When it became clear that the SEC was considering a “fiduciary” rule which would resemble the existing suitability standard, fiduciary advocates were forced to abandon their hope of forcing brokers to act as fiduciaries.

The inevitable alternative was too damaging to consider. The brokerage industry was powerful enough to emasculate and co-opt the term “fiduciary,” defining it as the suitability standards they currently operate under, and thereby allowing brokers to do an even better job of posing as advisors.

The SEC proposal uses the term “best interest,” preserving “fiduciary” as a distinction for fee-only and SEC-registered professionals. This is a victory for real fiduciary planners, who can maintain a meaningful competitive distinction in the marketplace.

Some, like Veres, are touting this SEC proposal as a win for consumers or actual fiduciaries but I don’t see how anything has changed for the better. The industry and the legal and regulatory environment is still captured by the approximately 88% to 93% of so-called investment advisors who accept commissions and, despite their obvious conflict of interest, still want to mask as an objective advisor.

“No doubt there’s a great deal of confusion in the marketplace as to what standard of conduct applies to a particular relationship,” Mr. Clayton said.

Consumers also don’t understand the harm done by brokers with conflicts of interest. One estimate puts the annual harm at $17 billion.

Barbara Roper, director of investor protection at the Consumer Federation of America said “The $64,000 question — or the $17 billion question — is whether the standard of conduct they propose is sufficient to reform harmful broker-dealer business practices.”

The $17 billion to which Ms. Roper referred is the amount of investor harm caused annually by broker conflicts when working with customers in retirement accounts, according to an Obama administration study.

The SEC understands the confusion of salespeople posing as financial advisors. In one of their documents they wrote :

The SEC’s solution is to restrict the terms “advisor” and “adviser” and not allow those terms to be used of broker-dealers. This sounds reasonable until you look at the plethora of titles currently being used by financial services professionals. In our firm we use the title “Wealth Manager” to show that we don’t simply give advice that clients then have to implement but instead implement the strategies for them. We think the term “Manager” shows that as a fiduciary we can manage a client’s investments on their behalf rather than a salesperson who would continually need to come back for permission to buy and sell.

Even if you force the industry to change their vocabulary, it won’t change their desire to market whatever term they are forced to choose.

If the ban on brokers using the term “Advisor” is actually implemented, I would expect a new term to arise such as “Relationship Manager” complete with an ad campaign “You deserve your own Relationship Manager, not just an Advisor.”

How much of that $17 billion are you being  gouged?

This latest set of regulations from the SEC illustrates how government regulation is not the answer. Having failed to enforce the Investment Advisers Act of 1940, and having failed to abide by the court ruling a decade ago, the SEC has little to say in their latest document.

Being able to gouge consumers $17 billion is a large incentive for the commission-based financial services industry to continue confusing consumers and swaying regulatory agencies like the SEC to manufacture spiffy new marketing terms such as “best interest.”

The SEC has been swayed to allow salespeople pretending to be financials advisors who:

While consumers as a rule are fooled, you don’t need to be. You are now an informed consumer who can insist on only working with:

Members of the National Association of Personal Financial Advisors (NAPFA) satisfy all of these criteria.

Find a NAPFA-Registered Advisor in your area or contact us now.

Photo by Toa Heftiba on Unsplash