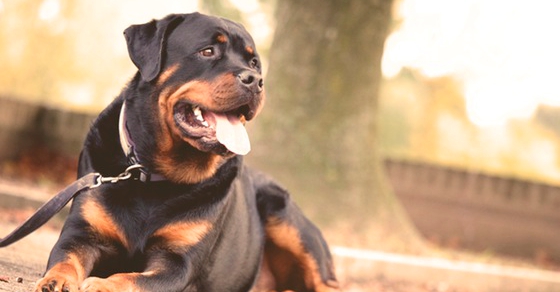 The Department of Labor (DOL) announced last week a new fiduciary rule . The DOL’s rule would supposedly impose a fiduciary standard on every advisor providing advice about retirement accounts.

However, the fiduciary standard is principle-based and cannot be made rules-based.

“Don’t push your sister,” may work in 99% of cases as an interpretation of the golden rule, but when the TV is falling on your sister, the golden rule would have you push her out of the way. In this manner, you can see how a principle-based standard creates better behavior.

Sadly, a rules-based fiduciary standard has already been what guides the majority of so-called financial advisors, because the financial services industry is divided into two groups.

The first group consists of commission-based agents and brokers of large financial organizations regulated by the Financial Industry Regulatory Authority (FINRA), a private corporation that acts as a self-regulatory organization. This group comprises about 88% of the financial services professionals, and they largely operate under rules-based fiduciary standard interpretations.

The other group consists of fee-only fiduciaries who work as part of independent registered investment advisory (RIA) firms. This group comprises about 12% of financial services professionals, and they largely operate under principles-based fiduciary standard interpretations.

Both groups are ultimately regulated by the Securities and Exchange Commission (SEC).

Sadly for the potentially good intentions of the DOL, any legislation which can include FINRA’s commission-based advisors will dilute what it means to be a fiduciary.

What the DOL did to the term fiduciary is the same as what the United States Department of Agriculture (USDA) did with the term “certified organic.” The organic rules contain many questionable practices, and the legislation was widely criticized by proponents of organic food . The USDA legislation is rules-based and allows terrible practices to be labeled “organic” without abiding by the principles of what it means to be organic.

We can thank a rules-based interpretation for the fact that something is “certified organic ” simply because it complies with the USDA rules that the amount of ingredients with synthetic additives like pesticides, chemical fertilizers, and dyes or that were processed using industrial solvents, irradiation, or genetic engineering is less than 5% and on an approved list worked out with the food lobbyists.

In the same way, any legislation which can include FINRA’s commission-based advisors will dilute what it means to be a fiduciary.

The DOL themselves admitted that they compromised the fiduciary standard they hoped to implement by “publishing new exemptions from ERISA’s prohibited transaction rules” in order to “provide conditional relief for common compensation, such as commissions and revenue sharing.” This specifically relieves commission-based agents and brokers from bans against a practice which is outright illegal in other countries.

The DOL also created a new exemption for “principal transactions” in which advisers sell from their own investments. This practice is known as self-dealing and all true fiduciaries should avoid it.

For the first time, the DOL ruling “explicitly states that proprietary products such as fixed index annuities and variable annuities can be recommended by advisors who won’t have to tell clients about similar investments offered by competitors .”

None of this is good for consumers.

Most people who call for greater financial regulation and oversight do not understand how much harm that legislation would and does cause. Each regulation passed is used by the commission-based agents and brokers to dilute the definition of what it means to be a fiduciary.

Large financial corporations have large multi-staff compliance departments whose job it is to craft the appropriate paperwork to satisfy the regulators while the front line sales staff lives off commissions.

Small ensemble firms who act like fiduciaries have to take time out of their day of serving clients to fill out the meaningless paperwork which does little to serve or protect client interests.

In the end the DOL’s rulemaking is a stack of paperwork which requires financial professionals to produce more paperwork. All that paperwork will be meaningless for those who are fiduciaries and a hypocritical marketing stunt by those who are only “certified fiduciaries.”

For this reason, we oppose the efforts to water down a fiduciary label such that it fits universally onto every so-called advisor.

If consumers want a strictly fiduciary advisor, they should seek out a member of the National Association of Personal Financial Advisors (NAPFA) in their area. NAPFA requires a principles-based fiduciary oath which no commission-based agent would be able to sign.