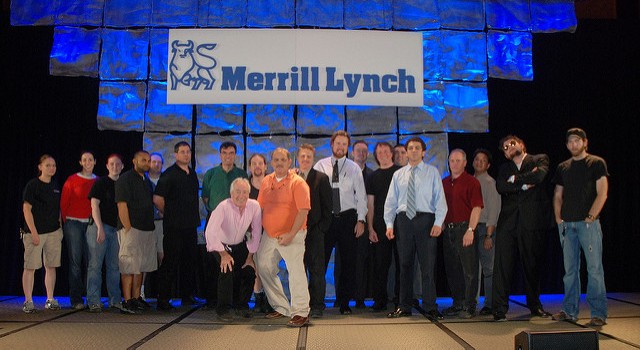 Currently, stockbrokers can offer the same services as Fee-Only financial planners without being accountable to the same fiduciary standards. This exemption to the Investment Advisers Act of 1940 has been called the “Merrill Lynch rule.”

Recognizing the disparity, the Security and Exchange Commission (SEC) has recently proposed some legislation to narrow the ethics gap. But the National Association of Personal Financial Advisors (NAPFA) does not believe that the SEC’s new plan for regulating broker-dealers will adequately protect consumers. NAPFA is one of several organizations of financial advisors that have encouraged the SEC to strengthen its regulations affecting broker-dealers.

“Unfortunately, the SEC’s latest decision leaves in place a flawed regulatory structure that lets broker-dealers tell clients that they are giving objective, independent financial advice when, in fact, they might not be doing that,” said Jamie Milne, NAPFA chairman.

The latest ruling by the SEC does require that the small print on literature include statements such as: “Your account is a brokerage account and not an advisory account.” And “Our interests may not always be the same as yours.”

Milne said that NAPFA supports the improved disclosure requirements proposed by the SEC, and is pleased those broker-dealers who have discretionary authority over customer accounts will be considered covered by the Investment Advisors Act. “The SEC is taking steps in the right direction,” said Milne, but “the Agency just doesn’t go far enough.”

According to Michael Joyce, past chairman of NAPFA and current director of its Government Affairs Task Force, the problem is that the SEC’s rule will not reduce confusion for consumers about whether or not they are receiving objective advice. “I think it’s safe to say that many, or even most, financial consumers do not understand the nuanced difference between discretionary and non-discretionary accounts, and how it affects regulatory oversight,” Joyce said. “It would be much better for consumers — and after all, they are the SEC’s true constituency — that if broker-dealers advertise they are providing objective advice, they should then fall under the standards of being registered investment advisers. The types of accounts they oversee should not matter.”

NAPFA also strongly objects to SEC Chairman William Donaldson’s comment on April 7 that implies that how an advisor is compensated has become less important today than in the past. Donaldson said, in part, that “the form of a broker-dealer’s or investment adviser’s compensation can’t and shouldn’t serve as a bright line boundary between these financial service providers.”

NAPFA members adhere to a “bright line boundary”, namely that they only accept compensation directly from their clients. This is spelled out in NAPFA’s Fiduciary Oath, which an advisor must sign in order to become a NAPFA-Registered Financial Advisor. Adhering to this principle for more than 20 years had made NAPFA members the most trusted advisors in North America. “If taking a commission for recommending a financial product isn’t a ‘bright line,’ (violation) then I don’t know what is,” Milne said.

NAPFA members believe that those who present themselves to the public as offering objective financial advice should be held to formal fiduciary standards. NAPFA’s fiduciary states:

To the client, the Fiduciary Oath means that their advisor will always act in good faith and with candor. Their advisor will be proactive in their disclosure of any conflicts of interest that may impact you. And their advisor will not accept any referral fees or compensation that is contingent upon the purchase or sale of a financial product.

When we meet with people interested in our services many say that they are considering only Fee-Only financial planners. But when asked who else they are considering, they list brokers whose compensation includes commissions and brokerage fees. SEC regulations are so loose in this area it is difficult for the consumer to know the difference between Fee-Only and fee-based. And the brokers of the world don’t want you to know.

For the record, Fee-Only financial advisors are compensated directly from the client for a percentage of assets under management or a flat retainer. Fee-based financial advisors differ in that they ADD to their compensation commissions for the sale of products, referral fees, kick-backs and various perks from their sources. The difficulty in discerning the difference is not a lack of fine-print disclosure. The difficulty is the absence of accountability of the later.

During the next 3 months, while the SEC’s staff works on unfinished issues related to regulation of broker-dealers, NAPFA will continue to advocate for rules that illuminate the bright line that separates financial service providers. “We believe that financial advisors should be fiduciaries, and they should make clear to clients what that commitment is all about,” said Milne.

Since it is questionable at best to entrust all of your hard earned assets to someone who is not accountable to represent your best interest, why won’t the SEC change the regulations? Majority rules. (Or is it “gold rules”?) There are millions who would be directly affected by such a regulation. Only about a thousand are aligned with the standards of NAPFA. So what can you do? Vote with your feet.

NAPFA’s Fiduciary Oath continues to set its members apart at a time when consumers have many options for financial advice. The consumer’s best protection against those who don’t have their best interests at heart is education. To learn more about NAPFA and the benefits of objective Fee-Only financial planning, contact NAPFA at 1-800-366-2732 or www.napfa.org.