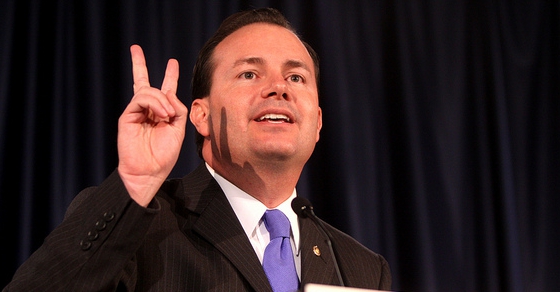 In our recent post on Marco Rubio and Mike Lee’s tax plan, we used IRS data to construct a hypothetical average joint-filing family. An astute reader of that post asked us this:

Is each dollar value the average for that category (e.g. charitable donations) or is it really the average for a family with $88,871 in annual income? As a household we bring in more than the average but I can’t afford to charitably donate $6k nor do I have $32k in deductions… If the numbers are truly an average (across the board, for each category for an average income of $88,871) I might have to re-analyze what I’m doing.

This is a really good question partly because it raises another one: what really is the average family? In the first post, we took the average amount for each line of income for families with the Married Filing Jointly (MFJ) tax status, regardless of whether that family made $20,000 or $200,000. In that chart, the IRS doesn’t distinguish.

Our reader points out that we could refine this hypothetical scenario. We know the average adjusted gross income (AGI) for MFJ filers ($102,298), so we can cross-reference that with another table the IRS publishes (Table 1.2). This lists data by filing status and adjusted gross income so we can figure out how much an average family making that much money would have in deductions rather than an average across all MFJ families.

That method tells us that the average family with between $75,000 and $100,000 of AGI itemized their deductions instead of taking the standard deduction and had $20,742 of those deductions. The chart does show that MFJ filers with that amount of income had, on average, $58,994 of taxable income and owed $6,797 for the tax on that income. Unfortunately, the new chart does not break itemized deductions down by type, so we cannot determine whether they were mortgage interest, charity, medical expenses, or state taxes. This is why we chose the method we did to compare tax plans – this chart simply doesn’t have enough information to allow comparison.

This is still obviously a rough metric, but gives us a different picture of the average family. This family has higher taxable income than the one used in our original example, so for them, Rubio and Lee’s plan looks more favorable. However, a childless family under Rubio and Lee’s plan still pays more in taxes than the re-worked average one would.

Our reader mentions confusion about whether they’re doing something wrong because their scenario doesn’t look like our average. That question is just as appropriately asked of the budget analysts in Washington who have to do the same rough arithmetic we did to estimate legislative costs to American families. The difficulty of creating an accurate test case to compare tax plans is the very reason most of those plans are bad ones: there is no true “average” family.

Different families have vastly different needs. Some give less than $6,000 a year (7% of gross income for a family making $89,000) and many aim to give thousands more despite living off the same salary. Our reader may have children – giving children a good life is certainly charitable and expensive, but not tax-deductible.

The problem with our current tax system is that it heavily penalizes everyone by default and alleviates the burden only for those constituents doing specific actions of which the legislators approve. Our legislators presumed that they were smart enough to fairly oversee a tax system thousands of pages long. The spread of special-interest deductions that are unavailable to most Americans is proof that they cannot.

Rubio and Lee’s plan is a good example of well-meant legislation that misses the point. They try to simplify things by eliminating special-interest deductions and collapsing brackets until there’s really only one thing that can noticeably reduce tax burdens: having children. Unfortunately, all children grow up and their proposed system is worse than our current one for childless families. They leave only two tax brackets, but those are 15% and 35%. For some inexplicable reason, their 35% bracket starts where our current 28% bracket does, so without children, Rubio and Lee actually create a more harshly progressive tax system than the one they seek to replace for being harshly progressive.

All of this comes from the presumption that we can boil people’s lives down to abstract numbers and know how much money is fair to confiscate. Rubio and Lee tax people making more than $150,000 of income at 35%. These people could easily be retirees who saved responsibly for their retirement or dual-earners in the prime of their life. They could be writers, athletes, and artists who are paid well one year and nearly nothing for the next three. They could be childless, have four kids like Rubio (who, considering how heavily his plan subsidizes children, would fare well if it passed), or, like one of my college professors, eight (three adopted). Legislators can’t tell, but will punish these citizens all the same for leading a life the legislators didn’t expect.

Simple rules that apply to everybody are the only rules that can be accurately calibrated to weigh lightly upon all. If only our politicians understood that.