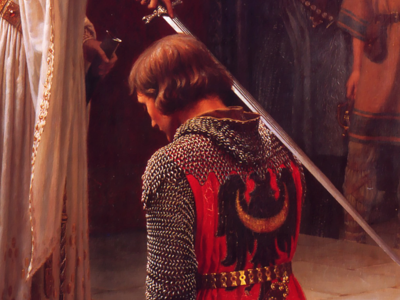 A recent letter from a reader expressed the claim that there is no such thing as natural rights. It read, “All practical rights arise by agreement. People make rhetorical claims that ‘God’ or ‘Nature’ favor this right or that right, but that’s only rhetoric. Rights only become practical when we all agree to respect and protect that right for each other. The ultimate criteria for judging any right is whether it serves the best good for everyone.”

This reader may very well agree with philosopher Thomas Hobbes, who believed we as a society should pragmatically submit to the laws instituted by the sovereign to avoid the chaos that would ensue from arguing about or defending our natural rights. Hobbes is famous for his theory of the purpose of law as avoiding societal chaos rather than defending natural rights.

Without the guideposts of natural rights, there are no boundaries to the entitlements that can be legislated by governments. Furthermore, because legal entitlements are limited and temporary, they can be granted to one portion of the populace and not another and can be at one moment be granted and at another prohibited. Legal entitlement without the check of natural rights is what makes discrimination not just socially acceptable but required law.

Furthermore, without natural rights, there is no way to judge or even discuss if there are moral wrongs in past regimes. Without any natural, inherent principle, your choices can be forcibly restricted and your prospects dimmed by the majority without having any natural rights to counter the unreasonable legislated entitlements. After all, in a world with no natural rights, words like “unreasonable” or “unfair” don’t really mean anything. For who are you to say you deserve more legal entitlements or that each person should have the same number of entitlements? In a law only built by entitlements, the grantor gets to decide who has the right to what.

Entitlements don’t have to serve the best good for everyone. If there were no rights apart from law, politics would simply be a terrible and endless struggle of using the legal process to punish your enemies and benefit your tribe.

Here is the question: Is there a natural moral code that we can apply in changing circumstances? Or is it the case that absent of the law all things are permissible? Assuming there was no law against it, is it permissible for me take the very food out of your children’s mouths without any acceptable, natural sense of outrage or injustice?

In 2003, after more than a 30-year philosophical journey to find the origins of their field, law professor Hugh Gibbons and attorney Nicholas Skinner wrote the article “The Biological Basis of Human Rights.” They noted that the idea of justice appears in every society and seems to be universal. For example, an unprovoked attack is always wrong everywhere. We have outlined their seven-step argument in more detail on our website (MarottaOnMoney.com), but the crux of their argument lies with the idea of the human “will.”

They define the will as the mental state that produces the feeling of responsibility for your actions. An example would be the mental phenomenon that happens just prior to lifting your hand, that moment when you know and have decided you are going to perform the action. A second later, it is that mental phenomenon that makes you feel responsible for the action you’ve just taken. This way of defining the human will can be thought of as a very precise way of defining human intentions.

In Gibbons and Skinner’s argument, they prove that human wills are equal, or “flat.” There is no durable basis for preferring the will of one person over the will of another.

No natural, persistent method can be used to say that your intentions are better than mine or my intentions are better than yours. “We may characterize some purposes as more lofty than others, or more clever, useful, or entertaining,” Gibbons and Skinner write, “but that does not alter the irreducible unity of will itself in each person.” This is the basis by which Gibbons and Skinner view humans as equal; our wills are flat with no discernible, biological way to create a hierarchy.

Alongside our self-interest is an innate sense of justice. We must act and our undertakings change the world, but in the process, we feel constrained by a sense of justice and duty. Our actions dim the prospects or limit the choices of those around us. Like “rational squirrels,” Gibbons and Skinner say our natural solution is to be “other-regarding.”

We have the moral responsibility to gain another’s permission if they might be adversely affected or, if is not possible to do that, then we feel the need to act with due care. This moral sense is built into us and does not require environmental training. This is why members of a jury are competent to dispense justice without having been to law school. It is philosophically consistent with the flatness of human wills. It is also pragmatically useful in human society.

Under this view, you may have many legal entitlements, but natural rights protect you when someone acts in a way that will diminish your will. This is the biological basis of a legal “wrong.” You have the right to expect others not to diminish your own ability to act and the duty to avoid dimming the prospects of others.

When your prospects have been wrongfully dimmed, you are granted the right to whatever coercion is needed to address the other person’s violation of their duties. In other words, the one wronged has a right to redress.

It is true that societies can fail to respect and protect the rights of its citizens, but our natural rights still give us a biological justification to experience moral outrage.