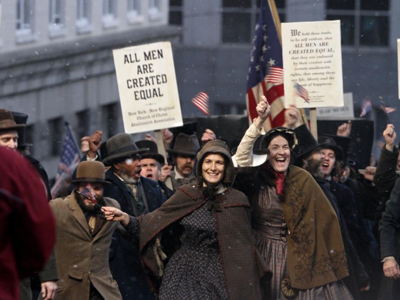 A medieval hunter cuts a branch and sharpens it into a spear. Now he has changed a common stick into a useful tool; he has made personal property. Property rights protect the hunter’s investment of labor in the making of the tool. If he uses his spear to kill an antelope, it too would become his property.

A farmer finding a fertile region in the Mesopotamian wilderness plants and irrigates his crops. Having improved the land, it seems right for him to enjoy the fruits of his labor.

Labor, like hunting for meat or planting crops, was eventually traded through currency. Money earned through labor was used to purchase land, goods or the labor of others. Ownership comes from exchanging your labor for your desired value: crops for money, money for hunted meat.

To talk about fairness in ownership or equality in property doesn’t work. All financial inequality comes from ownership. The medieval hunter owns a spear and meat while the farmer owns a field and crops or even one farmer owns corn while another owns peas. There is no equality. Even if we were to redistribute the outcome of their labor, inequality would still exist. How can the effort of hunting and the effort of planting be compared, let alone the effort of all the other ways to labor? The only place equality between types of labor can be found is in the market, in the exchange. For how much money earned through planting will the farmer buy the hunter’s meat?

And if the fruit of their labor was not protected, neither the hunter nor the farmer would have labored in the first place. In situations where property rights are not secure, there is much less incentive to spend hours investing labor when it is so easily stolen in the end.

Property rights are fundamental. If the investment of labor, an economic decision that benefits the whole nation, is to be encouraged, ownership must be protected. Even the Eighth Commandment, “Thou shall not steal,” presumes ownership and property rights.

The litmus test for the presence of property rights, in the words of Supreme Court justice Oliver Wendell Holmes, is whether a property owner has the right “to use and dispose of his property as he sees fit” even if that means he is being “irrational, arbitrary, capricious, even unjust.”

Property rights allow owners to do whatever they see fit so long as it doesn’t infringe on the rights of others. But if each person is to have the right to enjoy their own land, then laws must protect those rights. Nuisance and trespassing laws protect your peace and privacy. Easements grant you a way on and off your land. Other laws enable you to drain your land of water or to get water onto your land.

These laws do not curtail property rights. Rather they protect the rights of property owners to live in peace undisturbed by their neighbors. These protections of property rights can get very complex. This is why restrictions exist on what you can do near the boundaries of your property, easements to allow access and noise ordinances.

This is not to say that private landowners cannot also exercise collective self-control. History is filled with examples of private associations and agreements to act collectively for the common good. These agreements often required a supermajority (frequently, 7 of 8) of neighboring landowners acting together.

Today, government control has replaced common consent. And this control is capriciously influenced by a political process that turns on a slim 51% majority. Libertarians are correct that much common good could be accomplished by voluntary association without the heavy hand of corruptible politicians.

The Heritage Foundation’s Index of Economic Freedom uses property rights as one of the 10 measurements of a country’s economic freedom. They have found that property rights along with freedom from corruption, together called “the rule of law,” are among the characteristics most correlated with high levels of per capita gross domestic product (GDP). Improvement in these categories is accompanied by a higher GDP rate of growth, likely because in a country free from corruption and with security of ownership, each citizen can invest their labor today with confidence that in the future they will own their own fruit. It will not be stolen or redistributed.

Historians have suggested that property rights are much more significant than political rights to improve the lives of ordinary citizens. The 2013 Heritage index concurs: “Efforts to promote the rule of law can bear substantial fruit in promoting development; promotion of democracy, by contrast, is uncertain at best in spurring economic growth or laying a solid foundation for economic freedom.”

The United States ranks high in economic freedom, yet it recently received only 85 of a possible 100 in the property freedom category. New Zealand ranked the highest at 95; 17 other countries received 90.

Property rights are one of the measures we do fairly well. The rule of law resolves conflicts by the due process of predictable law rather than favoring large established firms. This allows small businesses, which cannot solicit preferential political treatment, to compete with larger corporations.

Meanwhile the world as a whole averages only 43.4 in property freedom. In these countries there is no guarantee that democratic movements will empower individuals, end discrimination or enhance competition. These are the results of property rights and the rule of law, not democracy. Property rights may increase as political self-determination replaces authoritarianism, but it all depends on the political beliefs of 51% of the population.

Measurements of political freedom and the rule of law are only loosely correlated. Many dictators promote property rights and a reliable legal system out of simple pragmatism. In contrast, many democracies are subject to dysfunctional favoritism and corruption.

Most of the infringement on property rights stems from the belief that something is so morally right that we must impose this behavior on others. We must force them to value what we value. Down that path lies theocracy.

Property rights depend on allowing others to make their own judgments, whether right or wrong, and the success of a nation depends on these property rights.