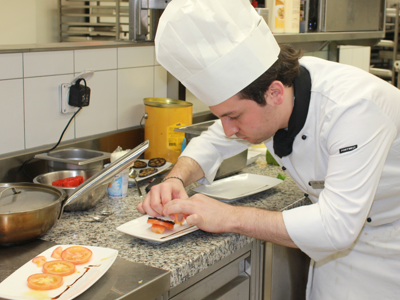 Many people believe the rich inherit great fortunes and then sit idly by while their stocks make them more money. When you’re working long hours, this belief can provoke jealousy and inspire questions like “Do investors even deserve to make money?”

To respond, we must first define ownership, which is best thought of as a set of rights. When I own something, I decide what to do with it. I have dominion and authority.

Your autonomy is only limited by your duty to respect the autonomy of others. Just as you have a right to act however you see fit, so do others. If you infringe on the rights of another without permission, you are acting in the wrong.

In their paper “The Biological Basis of Human Rights,” Hugh Gibbons and Nicholas Skinner argue that the biological basis for legal wrong is “actions that, if undertaken, will diminish the will of another human.”

This self-ownership is then the basis of all our other rights including property rights. Ownership is “self-propagating,” meaning that the rights of ownership transmit from property to its products. Because you own yourself, you also own the fruits of your labor.

For example, when you make a stew, your efforts produced the food and you also own the product. The same goes for my chicken. I own the eggs the chicken produces just like I own the chicken. This is the right to property. With this ownership, I can trade my rights of ownership of goods for the rights to own something else.

However, in today’s monetary system of trade, instead of getting an inherently valuable good as a reward for my labor, I get money. This money is just a placeholder of my labor not yet rewarded.

When I work my 9 to 5 job and earn a paycheck, I receive a paper certificate I can trade in for the real reward of my labor. Instead of trying to guess what a farmer really wants for his chicken, I can give him a monetary certificate for him to use as he wishes.

So long as his payment remains in the form of currency, his labor in raising the chicken has still gone unrewarded. But when he uses that money to buy chicken feed or dinner for his family, he is finally reaping the reward of his labor.

Workers can delay the reward of their labor in many ways, sometimes indefinitely. One obvious method is loaning money to someone else who needs it because he either has not labored enough or not saved enough. When you loan someone your money, you are essentially loaning your labor.

Hard work was required to earn that money. Because you let this labor go unrewarded, you are now able to let the money, in some sense, work for you. By making the loan, you allow him to reap your labor’s reward first. In return for this privilege, he pays you back with interest.

Another way to prolong the reward is buying stores of value like real estate, precious metals, collectibles and stock ownership. Each of these stores the value of your reward. Unlike an ice cream cone where the value is either consumed immediately or lost, stores of value safeguard your ability to be rewarded for your labor at a later time.

If the value does more than remain constant but increases regularly, the store of value is an investment. Rental property and stock ownership as well as owning a private business are all common investments. Each one tends to increase in value over time.

Like loaning money, buying investments defers the reward of your labor while earning you more reward.

In a business where the only employee is the owner, he obviously deserves all the profits. He is the one who invested money into it and the one laboring for it.

A restaurant is a more interesting example. Often one owner has hired employees to host people, bus tables, and cook and serve the food. The owner may not work in the restaurant herself, but she will still receive all of the profits.

From those profits, the owner pays her employees, mortgage or rent, bills and her own salary. She deserves a portion of the profit because she owns the store. Her unrewarded labor is at the heart of the value of the company. The present reward for the work done in the past is the store. Just as you own yourself, you own the fruits of your labor. So too when you own a store, you own the fruits of your store.

Stock ownership works just like this example. Only instead of investors buying companies outright, they are buying the tiniest percentage of a publicly traded company. Their share of the ownership means they are due that share of the profits. Their unrewarded labor, their money, has bought them a store of value.

Investors defer consumption of their reward to get bigger and better compensation in the future. This system of property rights is not only responsible for civilization as we know it but also the most mundane aspects of financial planning.

For example, deferred consumption is the basis for all retirement planning. Taking care of our own retirement requires being able to store the value of our labor in property that not only safely stores the present value but can beat inflation by continuing to produce more value. Nothing can replace this. To consume your reward later, a financial vehicle is needed to carry that value into the future.

That being said, sinking all of your retirement aspirations into one business might jeopardize those dreams. Small business owners often make the mistake of pouring all their resources into the business they understand best where they have the most control. But every business is at the mercy of macroeconomic changes, and small business owners benefit from diversification.

Property rights give our society the basis for financial security. Some have even argued that property rights are more critical to civilization than democracy. Everyone can benefit from the ability to buy and sell what they own, even minority business ownership.