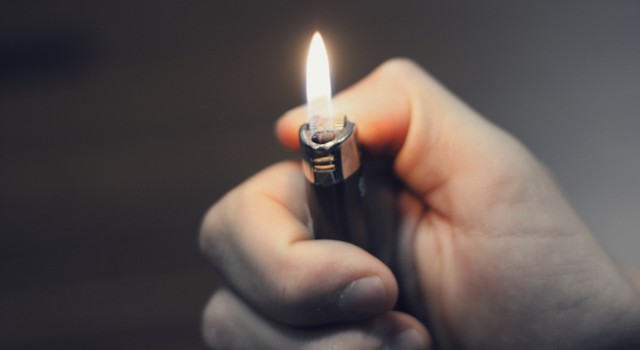 What about how the cost of treating lung cancer is a “win” for investors in health-care companies? Tobacco companies generate returns on the front end. Labor (capital “L”) also benefits because, as the supply of productive workers drops and the demand for workers holds steady, net wages go up. Yet, in a systemic context, the costs of dealing with cigarette smoking are disastrous.

So here we have two companies and an entire capitalistic entity, Labor, that enjoy returns on capital and yet, for the system as a whole, their activities actually destroy capital.

I am not blaming tobacco companies, health-care firms, or even cigarette smokers. I am just pointing out that markets log returns on capital, when, in fact, what is actually happening at the systemic level is capital destruction. As capitalists, we must treat capital as precious.

He goes on to recommend socially responsible investing, which doesn’t work to create the social change everyone claims.

Translating this quote out of economic terms, Voss is saying that smoking kills people (the destruction of human capital), but in economic analysis the system is net capital creation from tobacco and healthcare sales. In plain terms, the tobacco industry is financially healthy even though it kills people.

Voss says, “As capitalists, we must treat capital as precious.” Translating this out of the play on words, he is saying we should value human life. Or, in context, we should try to reform the system to stop the tobacco industry from killing people. Or, more to the point, we should make sure people don’t consume tobacco because it is killing them. Or, more generally, we should stop people from doing things Voss knows is bad for them.

This reminds me of evolutionary psychologist Stephen Pinker’s “The Blank Slate.” Stephen Pinker says there are two perspectives, the Utopian Vision and the Tragic Vision.

Those with the Utopian Vision believe humans have endless potential. They perceive faulty social arrangements as the source of problems. The possibility to be good exists in everyone; society just needs to remove certain obstacles. Once those barriers are lifted, Utopians expect to see societal problems largely resolved.

Finding and removing these social barriers is the challenge of reform. This process may be arduous, but Utopians are confident it can be accomplished if we all participate.

Voss, I would guess, supports the Utopian Vision.

He says that the tobacco industry is “a failure of markets that could and should be corrected by investors.” That we all need to “vote for businesses that generate returns on capital at the systemic level.”

For the record, I agree with his dislike of the tobacco industry. During my lifetime, my grandmother died of lung cancer caused by youthful smoking and my great-grandmother was blinded (macular degeneration) because of a lifetime of smoking. Even today, tobacco use remains the single largest preventable cause of death and disease in the United States according to the CDC . I never have and never will patron a tobacco company.

That being said, as passionate as I am about the dangers of tobacco, I believe in freedom, including the freedom of other people to choose to do something with which I don’t agree. Although it would be wonderful if we lived in a world that lived up to the ideals of the Utopian Vision, I believe along with Stephen Pinker that reality supports the Tragic Vision.

Those with the Tragic Vision believe humans have inherent shortcomings. No person is free from human failings. All of us are not as capable as we would like to be. These failings may be described as the seven deadly sins, an inherent selfishness, an inability to be perfect, or unequal faculties, abilities, or talents. In the Tragic Vision, problems stems from these limitations inherent in human nature.

To achieve great success, people must make better decisions, which is the great challenge of the Tragic Vision’s reform. It is extremely difficult and may not even be possible for everyone. Perhaps the best we can hope for is incremental changes in each individual with the aid of mentors or with the painful but inspiring motivation of hitting bottom.

I think smokers have a right to choose to smoke. I would hope that they would make better decisions, but the decision is theirs.

Although smoking kills, it is not a failure of the market that the tobacco industry exists as a profitable business. It is the market reflecting back some people’s desire to smoke. Why do people desire to smoke? Because no person is free from human failings.

Photo by Christian Allard on Unsplash