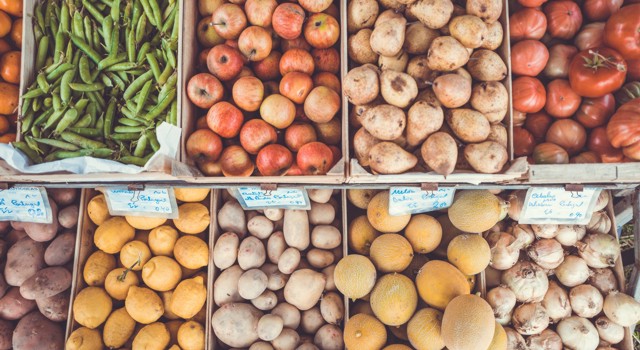 Have you ever lent a postage stamp to someone who rather than paying you back with an actual postage stamp, gave you the nominal amount of the stamp, say US 40¢, instead?

This is aggravating because while the transaction is fungible due to the presumed exchangeability of currency, it is not an equal transaction. Why? Because acquiring a postage stamp requires much more than just 40¢. It also means a trip to the post office, waiting in line, transacting, and then returning home.

…What these two examples illustrate is that the fungibility assumption makes no distinction for uniqueness.

How much money will you accept to saw off your leg? I don’t mean to be garish, I am just pointing out that markets denominated in currency help with the fungibility of commoditized goods, but the same assumption does not apply to more important things.

…For that which is irrevocable, fungibility is a poor assumption. Witness: your professional or personal reputation.

…Pay attention in a transaction and remember: “Just because a thing is priced does not necessarily mean that is its price.”

For starters, fungibility is the interchangeability of two goods. It is used most properly when talking about things that are considered as good as identical. For example, two different $20 bills are fungible with one another or a share of IBM and a different share of IBM in the same tradelot. These are technically two different items, but they are also so fungible that neither you nor I could tell one from the other if we got them mixed up.

Voss is making a bit of a strawman argument with his examples of fungibility. Although there was a time in history where a 2¢ stamp and 2¢ could be used interchangeably, nowadays a stamp is not perfectly fungible with its face value. For example, I cannot use a stack of stamps to buy a banana. In the same way, your leg is not fungible with any amount of compensation you’d get for sawing it off. You cannot buy a beach house with this grotesque “service.”

The fact that these exchanges do not represent interchangeable goods does not change the free market’s measure of success at all.

Fungibility is a concept used to define what can be used as currency. Everything that is fungible with the official currency is as good as currency.

Everything else that is not fungible with currency is priced using the value of currency or currency equivalents.

That is why for non-currency, there is more than one price.

Using his example of a 40¢ postage stamp, if I were the seller, the price of an exchange with me could be anywhere from $0 to $2.40 to “Not for Sale” depending on my mood, current stash of stamps, future mailing needs, and friendship with the buyer. My last stamp when I am about to send a letter is going to cost you a lot more than one stamp off of my three rolls.

Our office has a Pitney Bowes postage meter. It costs $19.95 per month simply to have it in the office. It prints 40¢ postage stamps for the price of 40 ½¢. It recognizes that being able to print a 40¢ postage stamp on demand is worth more than 40¢.

Voss says, “Just because a thing is priced does not necessarily mean that is its price,” but here he is again talking about his invented “Price Preeminent.” There is no actual price.

When I was growing up, my mom and I performed clog dancing at fairs. After one show, there was a huge line of two or three dozen people in front of the snow cone booth. The snow cones were $2. If the vendor had a $5 snow cone option to cut the line, my family would have bought four of them. Everyone would have thought that the vendor and my family were being unfair to charge more or cut the line, but that’s the same mistake as thinking that I can’t charge more than 40¢ for my 40¢ stamp.

What is overpriced to you may be a rare treasure worth any price to someone else. For example, there are many children’s toys barely even valued by their young owners which, when in good condition, are worth hundreds to collectors.

Long time readers of the blog may remember my funny childhood story about the woodland creatures Pet Shop set. Well, last year, my father bought me one off of eBay with a funny note of apology as a sweet gesture. It is no surprise my father won the auction. I’m sure there are very few people who would have paid anything for a twenty-year-old used set of plastic animals figures. It was most certainly overpriced by most people’s standards, but not to me, my father, and this seller.

I have a friend who collects books. To fund his book collection, he also lists all of the books he owns on Amazon. He lists them at way above his purchase price and way above their current asking price. In fact, his books aren’t even listed on the first two pages of Used books.

However, every now and again, there is a flash sale on a particular listing and one book from his prized collection is sold for a high price. So, he packages up the book, mails it to the new owner, and buys a new copy for himself once the price goes back down. From a purely clearing price analysis, he is overpricing his books. However, he is also accurately listing his books at the price where he is willing to sell them. For $20 above the regular price, he is willing to go to the trouble of mailing off his current copy and finding a new one.

For the buyers, sometimes they are looking for a particular cover art, font size, publisher, getting the book quickly, or any other number of things that may only be valuable to that particular buyer. Those details make it worth the $20 extra.

If my friend listed the books for anything less than the price at which he was willing to go through this hassle, then he would be failing the free market. Like in Voss’ postage example, if you don’t ask for what you want, then you won’t be happy with the exchange. You will be aggravated. The market will have failed you or, more accurately, you will have failed the market.

Pricing is not about being nice. It is about being fair. Fair to you as the seller and to the value you ascribe to the good or service. The only question is: At what price are you willing to part with it?

Photo by Lukas Budimaier on Unsplash