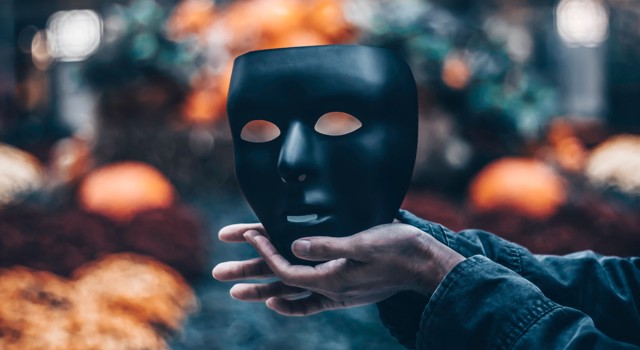 This demonstrates another problem created because markets presuppose a context. If a market forms and persists, if marginal revenues exceed marginal costs and generate profits, then its activity is implicitly accepted as legitimate. But is it? After all, there are markets for many illegal and unethical activities, from drug dealing to murder.

Put another way, markets are not meant to be ethical. Instead, they are mechanisms for establishing clearing prices that match supply and demand.

…if something can be priced, we assume that it is a legitimate activity.

…The implicit assumption is that polluting the air or water are legitimate activities, if only to the degree that marginal benefits still exceed marginal costs. Lost in that assumed context is how to log the “no” votes.

When Voss says “presuppose a context,” he is saying that some goods and services are for sale, continue to be for sale, and that their sellers believe they should be for sale even though they are bad (illegitimate) or unwanted (lots of “no” votes).

Voss has acknowledged his own counter argument: The markets are not meant to be ethical. Also, just because there is less demand than their once was doesn’t mean that supply should drop to zero.

But Voss argues from this that the free markets cannot be used to solve ethical problems. He writes, “in the modern world, where capitalism is triumphant in so many spectacular ways, we have come to believe markets can improve behavior and ethics. …That if we alter the underlying economics of ‘a market,’ we can drive behaviors.” Voss has a fuller version of this argument in his July 2012 post “Capitalism: It’s as Much About Cooperation as Competition ” where he writes:

…as the old saying goes, for the person with a hammer every problem looks like a nail. Governments increasingly, and strongly, advocate for business (i.e., “competitive”) solutions to social problems. The argument typically rests on the unswerving belief in the efficiency of business and the superiority of competitive solutions. Yet competition does not always lead to optimal outcomes.

One obvious example for investors is the 2011–2012 debt and budget debate in the United States, where competition — Republican versus Democrat — has not resulted in a workable solution, and the underlying problems associated with high debt continue to fester. Might cooperation yield a better result? We will never know as long as the politicians’ solution sets include only competition as a means to a policy end.

His example of the budget debate is interesting, as we took the opposite stance from him. Budget debates should be settled by more competition. As we say in our article “Republican Genius: Budgeting One Item At A Time,” we write:

…This partisan deadlock offers us a novel opportunity to reach consensus: pass the budget one line item at a time (often described as “passing the budget piecemeal” by its liberal opponents).

Rather than “Republican versus Democrat,” it should be supporters of this budgetary line item versus opposition. Rather than the cooperation of “I’ll vote for your pork if you vote for my pork,” it should be the integrity to fight against what you don’t believe is right, fair, and just.

Voss laments, “Governments increasingly, and strongly, advocate for business (i.e., ‘competitive’) solutions to social problems,” but the reason why the free markets are called for as the solution is because there is not one solution for social problems nor perhaps even agreement that they are problems.

I call for free market, privatized solutions to problems all the time. That means that we’ll let the desires of the collective figure out how to solve the problem or if it is a problem.

I believe thrift is a virtue and failing to save a common mistake. But millions of people free to do as they please show by their actions that I hold a minority view. I don’t think we should force my view of savings upon the masses. As Milton Friedman said in an interview, “the maintenance of a free society …requires …a willingness to put up with temporary evils on the basis of the subtle and sophisticated understanding that if you step in to do something about them you not only may make them worse, you will spread your tentacles and get bad results elsewhere.”

Social Security, an example of an oppressive solution to this savings problem, has been utterly broken for years with many harmful unintended consequences. Those harmful consequences result from doing something as innocent as trying to ensure everyone has retirement savings. Now imagine the unintended consequences of doing some of the more extreme proposals of Voss such as controlling the vaguely-defined term pollution.

Before we sign off on a tax, involuntary trade, or penalty like politicians of past or throw our hands up and claim that the markets fail us on pollution like Voss, I vote we try a free market solution like Murray N. Rothbard’s “The Libertarian Manifesto on Pollution .” Rothbard argues that it is government ownership and failure that has allowed pollution to thrive.

On the topic of water pollution, Rothbard writes that “Only because the rivers are unowned is there no owner to rise up and defend this precious resource from attack.”

On the topic of air pollution, Rothbard writes, “Air pollution that injures others is aggression pure and simple. The major function of government — of courts and police — is to stop aggression; instead, …during the 19th century, the courts systematically altered the law of negligence and the law of nuisance to permit any air pollution.”

On the topic of noise pollution, Rothbard says we need to “permit damage and class action suits and injunctions against excessive and damaging noise.”

Private property, free markets, and protection from aggression solve a lot of problems.

Photo by John Noonan on Unsplash