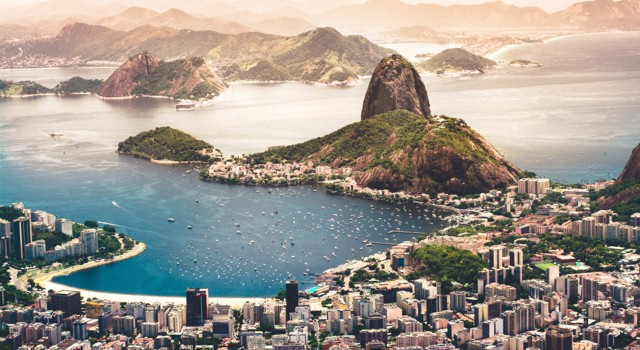 In 2003, the Goldman Sachs Global Economics Department predicted the economic and geopolitical influence of Brazil, Russia, India and China (the BRIC countries) would become increasingly visible in the developed world and even dominate it by 2050. These countries have averaged a total return on investment in their stock markets of 38.28% over the past five years, up 5.02% over the past year.

It pays to look outside the United States for investment options. Every portfolio should be crafted to have the optimum amount of noncorrelated assets in order to lower volatility and increase returns. Understanding BRIC countries helps investors and their advisors determine what percentages best meet those goals.

According to the original investment thesis, these emerging market countries have the preconditions needed in an emerging market to encourage sustainable successful development. Their economic strengths should be able to overcome their economic or political weaknesses.

The term “BRIC” has become synonymous with “emerging markets” in investors’ minds. But when the acronym was coined, the BRIC countries were perceived as distinct entities. They have never represented more than 30% of the Emerging Markets Index. The three largest countries, representing more than 40% of the index, are South Korea, Taiwan and South Africa.

Over the past five years, the BRIC subset has beaten the Emerging Markets Index annually by a whopping 11.07%. And the index is down 4.36% over the last year, whereas the BRIC index is up 5.02%.

Brazil, the biggest BRIC country, is credited for most of this performance. It has the fifth largest landmass and the fifth largest population in the world. Brazil also has the best five-year return. As of the end of July, the MSCI Brazil Index showed a five-year annualized return of 53.91%, and it is up 32.05% over the past year.

But these returns came with a price. An editorial last month criticized President Lula for “loving investment grade [securities rating] over the welfare of his people.” The Brazilian central bank has set the interest rate at 13%, although inflation is only expected to run at about 5%. This has kept Brazil’s currency strong. Contrast the Brazil’s strong currency policy with the U.S. current interest rates of 2% while inflation is running an actual 5% to 10%. As a result of the difference in monetary policy, the Brazilian real (R$) has appreciated 222% (16% annualized) against the dollar since January 2003. Brazil’s conservative monetary policy has helped it lower government debt to 41% of gross domestic product compared with the U.S. debt currently at 70%.

Brazil has potential, but a lack of economic freedom still holds the country back. Graft and corruption are rampant at every level of government. Injustice is commonplace. Who people know determines the amount of bureaucratic regulation they have to suffer. “For my friends, everything. For strangers, nothing. For my enemies, the law.” This common Brazilian adage is a sobering reminder of the mindset there.

Starting a business in Brazil takes 152 days, more than three times the world average. Obtaining a business license is difficult. Just going bankrupt takes four years. Such an environment is difficult for most Americans to comprehend.

The resulting extreme inequity between the haves and the have-nots in Brazil motivates the latter group to seek relief politically. More than 30% of the population live below the poverty line and identify with the socialist and communist political parties.

But as political activists press for more laws, opportunities increasingly open up for unequal application by corrupt officials. This blocks the development of commerce. A professional class of intermediaries is required to facilitate introductions and grease governmental red tape. Substituting personal relationships for the rule of law also creates instability, so entrepreneurs hesitate to take risks. As a result, a well-intentioned socialism actually helps perpetuate the opportunity for abuse and inequality.

One area where Brazil has excelled is making headway toward energy independence. The 1973 oil crisis hit the economy particularly hard. During the recession that followed, Brazilians learned the hard way about the importance of energy. Today, Brazil’s extensive system of rivers generates about 90% of its hydroelectric power. The country has also developed a large sugar industry to provide ethanol for domestic use and as an export. In the last few years, Brazil has begun drilling for offshore oil and natural gas. So it may become an oil-exporting country.

Oddly enough, Brazil itself discourages imports through a wide range of nontariff barriers. As the world economy falters, somehow a majority of people in different countries believe they are the losers in free trade, one of the most simple and easy ways to enrich the world.

Today the winds of trade wars are blowing cold everywhere. Politicians need foreigners to blame for domestic economic troubles. Even our own mantra has become “fair trade, not free trade.” But the word “fair” is left vague. This is a political advantage; after all, no one favors unfairness. The unintended harm of trade restrictions are difficult to connect to the cause and take years to unfold.

President Clinton should be praised for moving the United States toward free trade. In the fall of 1991 while running for president, he overruled his campaign’s internal debate. “Clinton looked up over his spectacles and said, ‘I want all of you to understand something: I’m not going to run as an isolationist, and I’m not going to run as a protectionist,'” recalls political theorist William Galston.

Today, Republican presidential nominee John McCain is the heir to the Clinton administration’s economic principles. He says, “Every time the United States has become protectionist we’ve paid a very heavy price. Free trade has been the engine of our economy.” His position won’t help him any in the upcoming election.

During the Clinton years, a majority of Americans viewed free trade positively. But after the Democrats lost control of Congress in 1996, fear became a political tool. Job loss to foreign workers is an easy target. Specific anecdotal experiences trump clear economic studies. As a result, unions and environmentalists, opponents of free trade, heavily contributed to the Democrats winning a majority in Congress in 2006. Today, 68% of those surveyed in a Fortune magazine poll believe that America’s trading partners benefit more than Americans from free trade.

In Brazil, political sentiments appear to be no different, except that we play the role of greedy foreigners. This occurs despite the fact that much of the country’s historical growth has been export driven.

Emerging market countries are volatile. Brazil is no exception. A military dictatorship ruled the country from 1964 until 1985; the constitution was rewritten in 1988. A decade later, Brazil experienced a currency meltdown. Then in 2002, Brazil received a record International Monetary Fund bailout it repaid in 2005, earlier than required. Since that time, the real has appreciated tremendously against the U.S. dollar. It is responsible for 16% of the 53.91% annualized real return in the past five years.

We don’t recommend that BRIC countries comprise a major portion of your portfolio, but they should be represented. Although any unstable investment can endanger the chances of meeting your financial goals, a small allocation to a volatile investment can enhance them, especially if that investment doesn’t move in sync with your other investments.

Photo by Agustín Diaz on Unsplash