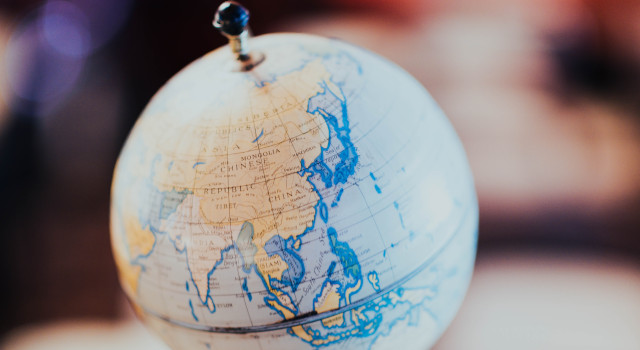 Your personal financial freedom depends primarily on your actions, not government policies that are outside your control. This is also true for the citizens of developing countries. Foreign aid, though well-intentioned, is misguided.

The United States spends 11 billion dollars a year on foreign aid. This is a massive amount of harm done both to the American people and to those living in the countries we are aiding.

The harm to the American people is obvious. Spending $11 billion a year makes the average American age 18-65 $60.91 per year poorer. $5.05 per month may not sound like much, but invested in the foreign markets it would produce a sizable estate. Foreign markets are more volatile than the US markets, but also make a percent or two higher return, averaging about 13% a year.

Investing $5.05 per month in foreign markets each year between age 18 and 65 at a 13% rate of return instead of wasting it on foreign aid would produce a retirement account of over $200,000 for each and every American worker. You may comfort yourself that at least your money is well spent on foreign charity. You would be wrong.

All foreign aid is political. Washington bureaucrats give it to foreign government leaders in third world countries. The amount of money involved is often large enough to politicize the economic life of a small country and lead to massive graft, corruption, and waste. As a result, foreign aid usually has a negative impact on the economic institutions of free trade. Well-intentioned foreign aid actually slows a country’s economic growth and prolongs their poverty.

I’m not talking about direct humanitarian aid in times of crisis. Americans are generous people, and always have been. I’m talking about government money given to foreign governments. Governmental foreign aid hurts a country’s long-term economic health. It can buy us foreign support and military bases, but at the cost of healthy free markets. It can enrich the politicos and cronies in a country, but not those who believe in freedom and integrity. It can ease our conscious, but it shouldn’t. We can’t bribe a country to move toward economic freedom.

This conclusion is supported by studies in 2003 by William Easeterly, a former World Bank economist, along with Ross Levine and David Roodman in a study for the National Bureau of Economic Research and more recently by Harold Brumm in the Cato Journal. It is best summed up by the late Peter Bauer, a pioneer in development economics who said, “Development aid is … not necessary to rescue poor societies from a vicious circle of poverty. Indeed, it is far more likely to keep them in that state.”

Even loans by the World Bank or the IMF erode the formation of free markets. Private lenders are discouraged from investing in a country where the value of investment capital has been artificially cheapened by subsidy. Private lenders hold the use of their capital to a higher ethical standard. Private loans can’t simply be wasted on government spending schemes or political allies. Only private loans can best direct capital to the investments with the highest risk-adjusted returns, and cheap political loans discourage private loans.

It is well documented that economic freedom in a country results in higher standards of living for its people. We use the annual economic freedom indexes published by the Heritage Foundation as one indicator of what areas of the world are good for foreign investment.

The Heritage Foundation’s annual index of economic freedom judges each country on the amount of personal financial freedom in a country. The factors that allow a country’s people to prosper are free trade, lower marginal tax rates, lack of red tape, and the protection of property rights. These policies provide the greatest freedom for citizens to be in control of their own financial freedom.

My father, the founder of Marotta Asset Management, Inc. worked for the State Department Agency for International Development (AID) for seven years. He used to describe AID as the most “efficient” government agency because they spend more taxpayer dollars per federal employee than any other agency.

Now my father tells me, “Trade not aid will make foreigners better off. Foreign leaders should develop policies that support those goods and services that they can put into the global economy.” He would make a good Vice Presidential running mate, but I’m not sure that both a father and son should be in politics.

Foreign aid is like a parent playing for their child’s soccer team. The parent may score some goals in that game, but you will have a weaker team as soon as the parent steps off the field. Better to spend your resources and invest in the children’s development directly.