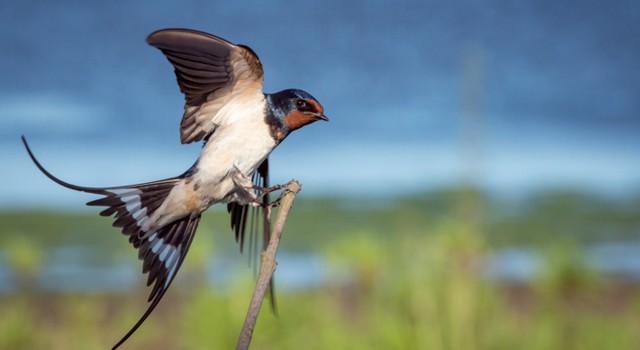 For small accounts, investing in a good international mutual fund is usually sufficient foreign diversification for your investments. However, greater diversification and returns can be gained by putting some money into the emerging markets category. Emerging markets, as measured by the MSCI Emerging Markets Index, appreciated 36.6% (in US dollars) over the past year and have averaged 26.5% over the past three years. Although emerging markets have a higher appreciation rate, they are also inherently more volatile than the markets of more developed nations.

To balance investment performance and volatility, a simple foreign asset allocation might invest two-thirds in the MSCI EAFE Index and one-third in the MSCI Emerging Markets Index. Using this technique, you would have gained 30.2% for the past year and averaged 23.7% over the past three years.

Since its inception in 1994, the Heritage Foundation Index of Economic Freedom has used a systematic, empirical measurement of economic freedom in countries throughout the world. The conclusions from this study clearly demonstrate that countries with economic freedom also have higher rates of long-term economic growth. This makes the study useful for investors to decide which countries should be emphasized in their country-specific foreign stock allocation.

According to the Heritage Foundation’s study, “Economic freedom is defined as the absence of government coercion or constraint on the production, distribution, or consumption of goods and services beyond the extent necessary for citizens to protect and maintain liberty itself. In other words, people are free to work, produce, consume, and invest in the ways they feel are most productive.”

A number of the countries ranked high in economic freedom have exchange-traded funds (ETF’s) which track the market indexes of these countries and provide an easy, convenient, and inexpensive way to invest in each country. Exchange-traded funds combine the liquidity of individual stocks with the diversification of an index fund. The ETF’s also typically have lower expense ratios than most mutual funds.

For larger accounts, we recommend investing half of the assets using the simple technique described above. As such, one-third is invested in the MSCI EAFE Index fund and one-sixth in the MSCI Emerging Markets Index fund. The other half is divided among the twelve countries with the most freedom that also have markets large enough to have a country-specific ETF.

Over the past year, ten of these countries beat the broad MSCI EAFE Index and only two, Switzerland and Japan, fell short. Of the twelve countries, only Japan and Belgium were ranked high enough by the Heritage Foundation’s Freedom index this past year to warrant being added as country-specific investments. While Belgium’s index had nice returns, Japan has not yet contributed as much.

Diversifying your foreign investments is just one important component of an optimal asset allocation. Building balanced portfolios that are more likely to meet your financial goals doesn’t happen by accident or by working with someone whose interests are in conflict with yours. Visit NAPFA at www.napfa.org to find a Fee-Only advisor in your area or call NAPFA at 1-800-366-2732.