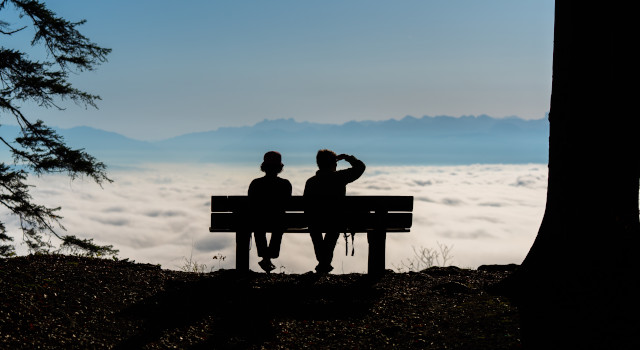 Social Security was enacted on August 14, 1935 as part of the New Deal under President Franklin Roosevelt. It was initially intended to solve a 34% nonagricultural unemployment that left older people destitute and unlikely to be hired.

These first participants did not pay into the system. It was the younger workers paying for the older unemployed.

You can see this graphically in this chart from SSA.gov’s “Fast Facts & Figures about Social Security, 2020” : 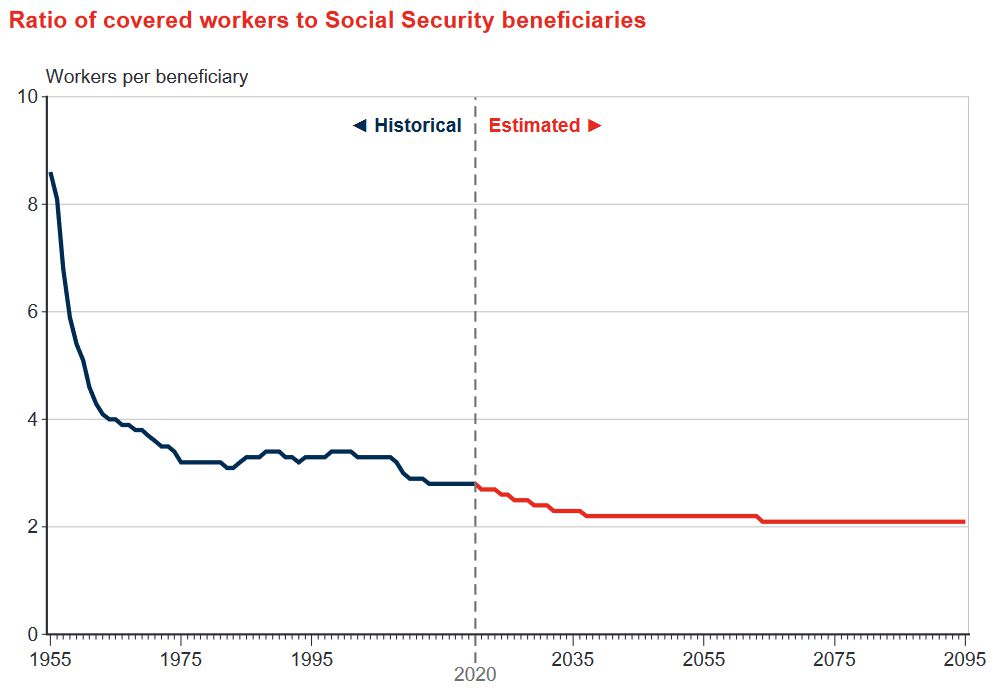 One reason Social Security is in trouble is because there are so few workers. When it was first started, there were almost 160 workers supporting every Social Security recipient. Now, there are less than three. Soon, it will be closer to two.

The program got started this way, funding the elderly who never paid into the system. From that unsustainable beginning, the Social Security program has been behind ever since.

The Social Security amount is collected, and if any excess happens to be generated, it is spent buying U.S. Special Issue Securities. This effectively borrows from the Social Security trust fund to finance the deficit. This process is so old and ingrained in our government that no one questions it. This self-dealing by the government would be illegal in a retirement plan. Additionally, most investors know better than to invest their long-term retirement in such investments. Why would you invest your long-term retirement program in low-paying government bonds?

If even one half of Social Security were privatized and invested in the markets, it would fund our retirements better than Social Security’s investment in US Special Issue Securities. Minority men, who have shorter lifespans and therefore collect less of their Social Security benefits, would be able to leave a concrete legacy for their families. This is why I favor privatizing it for those going forward. I would even be willing to give up my Social Security benefit entirely if only the government would allow my children and grandchildren to privatize their own contributions. Yes, there are other ways of shoring up Social Security, but none solve the root problem of incentives.

Even though you paid into Social Security for years, there is no question about if you are going to receive your contributions back; you are not going to. Your contributions were spent decades ago. The only question that remains is: Is the government going to impoverish the next generation as well?

Everyone has in their ancestry at least two parents and four grandparents. You can imagine them as the six people who received what you paid. Your contributions went to your family. Every day, we voters and the government have the chance to free our children from this burden.

I am turning 60 this year. Over the next decade will come the optimum time for me to file for Social Security.

As long as Social Security remains a burden on future generations, I plan on filing for my share. After taking the money, I plan on saving it for or gifting it to my grandchildren as I imagine they are going to need it.

Photo by Claudio Schwarz on Unsplash