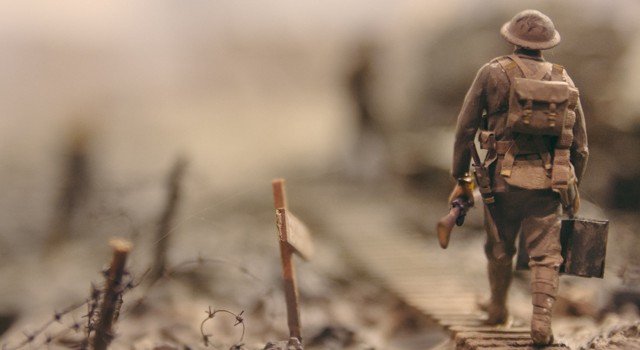 I served in South Vietnam as a civilian foreign aid worker. While I was there, on January 30, 1968, North Vietnam and the Viet Cong launched a simultaneous attack on all the major cities in South Vietnam. Shortly thereafter, President Lyndon Johnson threw in the towel and announced that he would not be a candidate for reelection that year.

That was a shock for me because the Tet holiday attack was NOT a military victory for the North. The South Vietnamese forces (with our help) quickly drove back the invaders. However, the attack was a psychological victory for North Vietnam in the eyes of a war-weary and divided American public.

In 1968, Richard Nixon defeated Hubert Humphrey on a platform that included a plan to extricate the U.S. from the war. That plan, which basically involved turning over the war to the South Vietnamese forces, dragged out for many years. When Congress reduced the appropriations for that effort, the North easily conquered the South in 1975.

Similar to other artificially divided countries (Korea and Germany), many more people fled the communist areas and moved into the free areas. As the communists drove southward, hundreds of thousands of Vietnamese took to the waters to board boats to freedom. We in the US are a major beneficiary of having those brave people in our midst. Most have been very successful in the US, some have established businesses, and most of their children are among the top students in school.

During my tour of duty in Vietnam, I was struck by the differences in perception regarding the progress of the war between those of us on the ground in Vietnam and the people at home. Whenever I was on home leave, I tried to correct the misconceptions of what was really happening in Vietnam. As currently in Iraq, the public at home only sees on their TVs the military action that takes place on any particular day.

The killing and the bombing in one isolated area, gives the TV viewing public the impression that the whole country is under attack and that no one is leading an ordinary peaceful existence. I know that is not the case, but the television media, in order to remain competitive, must report the most sensational news in order to gain viewers.

As in Vietnam, I am certain that there are hundreds of non-governmental (and governmental) programs that are providing good works, but we never hear about them. When I returned from my tour of duty in Vietnam, the State Department sent me on a speaking tour. When I told them of the good works in Vietnam, the audiences invariably would comment that they never knew that such things were being done. All they ever got was the bad news.

Because of the internet, we are getting some reports via email from military and civilian personnel in Iraq to their families regarding accomplishments that the commercial media under reports. However, the effect of these communications cannot offset the negative effect of one bombing event that is shown on television every hour, over and over again.

I am certain that the terrorists in Iraq are well aware of the adverse psychological effects of their actions on the American home front, and on the outcome of the 2004 presidential elections. The media, by not reporting the news in an objective, well-balanced manner, is making the job of our military and civilians in Iraq, not only more difficult, but more dangerous.

It is difficult for the government to provide a balanced view because it appears to be self-serving. Even when they bring high-level Iraqi officials to the US to report on achievements, it is discounted because it is a governmental view.

With the babble of the elections now behind us, maybe we could have a 9/11 type bi-partisan commission make an in-depth survey of Iraq. If their report is given as much publicity as was given to the 9-11 group, possibly we could have a more accurate and balanced view of the progress being made in Iraq.