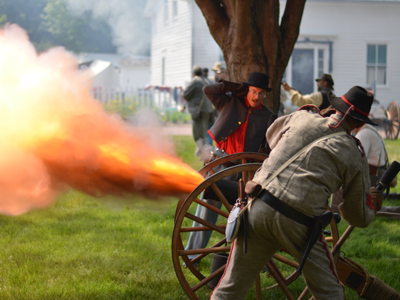 Although they opposed permanent tariffs, political expedience in spite of sound economics prompted the Founding Fathers to pass the first U.S. tariff act. For 72 years, Northern special interest groups used these protective tariffs to exploit the South for their own benefit. Finally in 1861, the oppression of those import duties started the Civil War.

In addition to generating revenue, a tariff hurts the ability of foreigners to sell in domestic markets. An affordable or high-quality foreign good is dangerous competition for an expensive or low-quality domestic one. But when a tariff bumps up the price of the foreign good, it gives the domestic one a price advantage. The rate of the tariff varies by industry.

If the tariff is high enough, even an inefficient domestic company can compete with a vastly superior foreign company. It is the industry’s consumers who ultimately pay this tax and the industry’s producers who benefit in profits.

Because manufactured goods were not produced in the South, they had to either be imported or shipped down from the North. Either way, a large expense, be it shipping fees or the federal tariff, was added to the price of manufactured goods only for Southerners. Because importation was often cheaper than shipping from the North, the South paid most of the federal tariffs.

Much of the tariff revenue collected from Southern consumers was used to build railroads and canals in the North. Between 1830 and 1850, 30,000 miles of track was laid. At its best, these tracks benefited the North. Much of it had no economic effect at all. Many of the schemes to lay track were simply a way to get government subsidies. Fraud and corruption were rampant.

With most of the tariff revenue collected in the South and then spent in the North, the South rightly felt exploited. At the time, 90% of the federal government’s annual revenue came from these taxes on imports.

Historians Paul Collier and Anke Hoeffer found that a few common factors increase the likelihood of secession in a region: lower wages, an economy based on raw materials and external exploitation. Although popular movies emphasize slavery as a cause of the Civil War, the war best fits a psycho-historical model of the South rebelling against Northern exploitation.

Many Americans do not understand this fact. A non-slave-owning Southern merchant angered over yet another proposed tariff act does not make a compelling scene in a movie. However, that would be closer to the original cause of the Civil War than any scene of slaves picking cotton.

Slavery was actually on the wane. Slaves visiting England were free according to the courts in 1569. France, Russia, Spain and Portugal had outlawed slavery. Slavery had been abolished everywhere in the British Empire 27 years earlier thanks to William Wilberforce. In the United States, the transport of slaves had been outlawed 53 years earlier by Thomas Jefferson in the Act Prohibiting the Importation of Slaves (1807) and the Abolition of the Slave Trade Act in England (1807). Slavery was a dying and repugnant institution.

The rewritten history of the Civil War began with Lincoln as a brilliant political tactic to rally public opinion. The issue of slavery provided sentimental leverage, whereas oppressing the South with hurtful tariffs did not. Outrage against the greater evil of slavery served to mask the economic harm the North was doing to the South.

The situation in the South could be likened to having a legitimate legal case but losing the support of the jury when testimony concerning the defendant’s moral failings was admitted into the court proceedings.

Toward the end of the war, Lincoln made the conflict primarily about the continuation of slavery. By doing so, he successfully silenced the debate about economic issues and states’ rights. The main grievance of the Southern states was tariffs. Although slavery was a factor at the outset of the Civil War, it was not the sole or even primary cause.

The Tariff of 1828, called the Tariff of Abominations in the South, was the worst exploitation. It passed Congress 105 to 94 but lost among Southern congressmen 50 to 3. The South argued that favoring some industries over others was unconstitutional.

The South Carolina Exposition and Protest written by Vice President John Calhoun warned that if the tariff of 1828 was not repealed, South Carolina would secede. It cited Jefferson and Madison for the precedent that a state had the right to reject or nullify federal law.

In an 1832 state legislature campaign speech, Lincoln defined his position, saying, “My politics are short and sweet, like the old woman’s dance. I am in favor of a national bank . . . in favor of the internal improvements system and a high protective tariff.” He was firmly against free trade and in favor of using the power of the federal government to benefit specific industries like Lincoln’s favorite, Pennsylvania steel.

The country experienced a period of lower tariffs and vibrant economic growth from 1846 to 1857. Then a bank failure caused the Panic of 1857. Congress used this situation to begin discussing a new tariff act, later called the Morrill Tariff of 1861. However, those debates were met with such Southern hostility that the South seceded before the act was passed.

The South did not secede primarily because of slavery. In Lincoln’s First Inaugural Address he promised he had no intention to change slavery in the South. He argued it would be unconstitutional for him to do so. But he promised he would invade any state that failed to collect tariffs in order to enforce them. It was received from Baltimore to Charleston as a declaration of war on the South.

Slavery was an abhorrent practice. It may have been the cause that rallied the North to win. But it was not the primary reason why the South seceded. The Civil War began because of an increasing push to place protective tariffs favoring Northern business interests and every Southern household paid the price.

6/30/2013: We were surprised by some of the reactions to our recent article on protective tariffs as one of the primary causes of the Civil War. We have written a post expanding on our citations and reasoning in Jefferson Davis Posthumously Responds to Our Readers’ Reactions