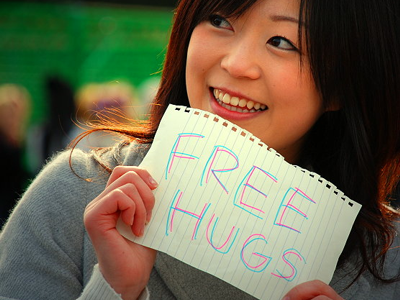 Average Americans think about trade imbalances the wrong way. They get upset when America imports more than it exports. They want to put tariffs on foreign goods and encourage consumers to “buy American,” but they have it exactly backward.

Imagine for a moment that countries didn’t allow currencies to be traded across national boundaries. As soon as an American wanted to trade with a Japanese person, they would have to strike a fair barter. “How many cars will you give me for this food?” the American might ask, and they would work out a deal.

In this scenario, it would be in the best interest of the American to drive a hard bargain. She wants to receive as much value as possible in Japanese goods while paying as little as possible with her goods. She wants a trade deficit as viewed through America’s currency. She wants more value in imports than exports because that would mean she received more value in dollars than she spent.

What she exports is the cost of getting imports. This should be intuitive when trade consists of bartering with goods, but currencies can confuse the issue.

As seen through the foreign currency exchange, the American still wants a trade deficit for the same reasons she did before in the bartering system. The exchange of currency just clouds the issue.

Right now we have a trade imbalance with Japan. According to the foreign currency exchange, we export $70 billion worth of goods while we import $146 billion. That’s a trade deficit of $76 billion. We’ve driven a hard bargain and won. But the question is what happens to that $76 billion.

The Japanese merchants now have dollars in an economy that trades in yen. They can’t exchange dollars for yen with Americans because Americans, having sold less to Japan, don’t have yen to trade.

But America has a trade deficit overall, which means foreigners as a whole are doing something with American dollars that isn’t used in the calculation of balance of trade.

So what do these foreigners do?

They could keep the dollars and use them as currency in their own country. As American travelers find out, in many places around the world, American dollars are accepted as a second currency. This would show up as a trade deficit, but it also exposes foreigners to our inflation. As long as our dollars stay abroad, they are gradually losing buying power, which effectively reduces the trade deficit if these dollars ever do return home.

They could buy American bonds, which equates to keeping them in dollars. As long as the U.S. government keeps bond interest rates low, these dollars are still exposed to our inflation. Thus our trade deficit is gradually reduced in the same way it would have if the foreigners had just kept the currency in dollars.

They could buy American stocks, and many of them do. This is a safer strategy because it protects their value from our inflation. Buying American stocks does not show up when calculating the trade balance, even though it does balance currency exchanges. Americans have received their dollars again through trading ownership of American companies. We have a trade surplus selling shares in our companies, even though politicians rarely use that figure when talking about trade.

We are like a millionaire who lives between two more humble households. The neighbor on our left mows our lawn, and the neighbor on our right cooks our meals. Neither of our neighbors hires us to do anything for them. We pay them from our accumulated wealth.

A trade imbalance exists between us and our neighbors. We buy from them, but they do not buy from us. It would not help us to put a tariff on our lawn care. It would only make us poorer.

Neither does it help to keep trade in the family. We cannot hire our rich relatives to mow our lawn because they would charge too much. Plus our immediate neighbors are glad to have the employment.

Imagine that like many of the Japanese with their surplus dollars, these neighbors use their profits to buy shares in our family’s corporations. This balances the trade but not in a way that would be measured as trade per se. Furthermore, such a so-called trade imbalance could go on indefinitely. We continue to pay our neighbors, and they continue to buy shares of our companies. The voluntary trade benefits all parties. We benefit from our well-bargained trade and our neighbors from their growing stock market portfolio. The trade deficit benefits us, and the trade surplus benefits them.

It is the same way with the United States and the world. As long as foreigners have a better use for American dollars than buying American goods, we will officially run a trade deficit, even though we have a balance of currency exchange. Regardless of which way the balance of trade says the surplus falls, we and our trading allies benefit from the exchange.

American consumers benefit from international trade. We live like royalty with workers in hundreds of other countries spending their time and money competing to serve us better. Some succeed. Others see their industries fail. But our country as a whole always wins. Everything that thwarts that competition reduces the benefit we receive.