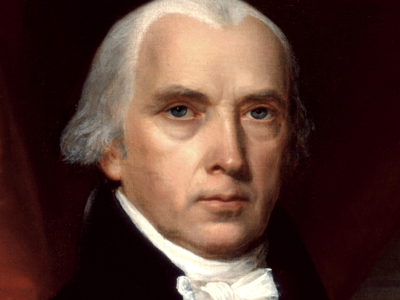 Our Founding Fathers struggled to protect property rights, human rights and interstate commerce. They defended freedom admirably. It’s hard to believe they would both protest a tariff-created monopoly at the Boston Tea Party and then create one at the first congress.

Some people believe our revenue should be just as tariff funded today as it was in early American history. But a closer look finds our Founding Fathers actually opposed permanent tariffs.

Smith was particularly interested in the American experiment. Our Founding Fathers were some of his earliest readers. In 1783, James Madison nominated “Wealth of Nations” to be one of the books in the proposed congressional library. Two years later, Monroe wrote to Thomas Jefferson about integrating Smith’s new idea that “the doctrine of the balance of trade is a chimera.”

In his correspondence, Jefferson called Smith’s work the best book on the economy yet in existence. Even Alexander Hamilton, who disagreed with Smith’s globalism, wrote a long commentary on the work and used many of Smith’s other ideas in his 1791 congressional report. Most of the Founding Fathers resonated with all or some of Smith’s economic ideas of liberty.

The United States began early on to debate how to get revenue. The American people were certainly sensitive about taxation, but the revolution had drained the U.S. treasury. The congressmen were challenged to collect sufficient revenue and rid the Union of debt but not to upset their newly united constituents in the process.

In April 1789, the House of Representatives began to debate Madison’s proposal of placing duties on imports. Madison said, “The general regulation of commerce . . . ought to be as free as the policy of nations will admit.” Although he preferred free trade, the need for quick clandestine taxation compelled him to tax imports.

Representative Lawrence (NY), clarified, “If I am not mistaken, the honorable mover of the plan viewed it as a temporary system particularly calculated to embrace the spring importations.” He suggested one flat rate on all imports rather than enumerating each good with a separate tariff.

Mr. Fitzsimons (PA) responded, saying, “the proposed plan of revenue is viewed by [many] as a temporary system, to be continued only until proper materials are brought forward.” He went on to comment that precisely because it was temporary and the rates would be individually enumerated, the House would be able to pass the bill more quickly. With each congressman representing the interest of a different industry, each man would be able to keep his own constituents satisfied by choosing the appropriate rate for their industry’s tariff. Meanwhile, they could still pass a large tax to collect sufficient revenue. He cited the infant industry argument, suggesting they tax more luxury goods and then add several more items to the list of imports to be taxed.

The purpose of this first tariff was to passively tax a people who had just finished protesting the taxes of their mother country and were each burdened by a different state tax system. The goal was to receive sufficient revenue. The enumeration of the tariff on each good was used as a political expedient to get the tariff passed with the least opposition.

They understood the drawbacks of trade barriers from reading Adam Smith. But there seemed to be no other tax that most of the states would be willing to implement for the union. They called it temporary because they knew a permanent tax would have deeper consequences.

The Tariff Act of 1789 passed with rates ranging from 5% to 50%. The temporary tax did what it was intended to do. The United States collected 80 to 95% of its revenue from foreign imports. Few constituents complained.

As economist David C. Colander said, “Most economists agree that holding down or eliminating tariffs (taxes on imports) and quotas (numerical limitations on imports) make good sense. They strongly advise governments to follow a policy of free trade. Do governments follow free trade policies? Almost invariably they do not.”

Even our Founding Fathers, who appreciated the free trade arguments of Adam Smith, passed a tariff act to get immediate revenue. Over time, because of the writings of Hamilton, support for temporary tariffs began to come from protection for young industries in addition to the need to collect revenue.

The Tariff of 1816 was the first explicitly protective tariff. It too was considered temporary, at least by Southern congressmen, even though its legacy continued in America for 117 years until 1933.

Many of the legislators who voted for it did so to acquire more federal revenue to pay back the debts of the War of 1812. Several others voted for the act to engage in economic warfare. Great Britain had mistreated U.S. traders during the war by attacking U.S. cargo ships docked at European ports. There was fear these actions would continue.

When Britain put up trade barriers targeting U.S. manufacturers, American fears surged. American cotton industries, which potentially would suffer the most under the new British policy, pushed their otherwise wary Southern representatives into tailoring the act to help them. They were concerned about Britain “dumping” cotton into the American markets, selling it at outrageously low prices to starve the competition. There is no evidence that such dumping occurred, only fear it might.

But fear of foreigners does not justify creating a partial monopoly with tariffs. We do not need to protect our industries from competition. Rather we should embrace the free market. Hamilton was wrong to push for protection in later years. And our first congress was misguided to believe in a piece of temporary public policy.

We should not make the same mistake today. Political expedience more than theoretical economics resulted in the early use of tariffs. Special interest lobbying results in their continuation today. Our Founding Fathers would be dismayed to know we justify such government-created partial monopolies in their name.