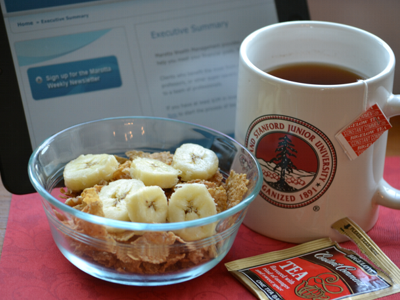 One issue on which Republicans and Democrats tend to agree is the importance of buying American. However, in this conviction both parties are wrong.

Three out of four people believe buying American is important. Advocating policies that result in economic prosperity is admirable, but “buy American” does not have that effect.

Imagine if in Virginia we tried to only buy local. The commonwealth has a lot of high-quality local goods. We’re known for our wine, apples and peanuts. Our coast has crabs and oysters. Farmers’ markets deliver high-quality, affordable organic produce. Consumers need no “buy local” campaign to convince them these items are a good deal. The real question that arises is whether we should “buy local” when local isn’t the best option. For example, should we buy locally grown bananas?

Virginia is not known for wonderful bananas. The trees do not survive, and growing them in greenhouses would make the fruit prohibitively expensive. And to gain locally grown bananas, we would have to give up the land, resources and labor of other endeavors. These opportunity costs are the most critical considerations. For example, growing local bananas, which are expensive and low quality, might be at the cost of growing excellent and affordable local apples.

It is better for us to specialize where we have a comparative advantage than try to produce everything locally. This is true no matter where the lines of geography are drawn.

If the scope of “buy local” was tightened to families, we would all be subsistence farmers. We would be self-sufficient, supplying only ourselves. And all of us would be employed. However, this attempt to support family employment would be at the expense of all the benefits of civilization. On a wider scale, this same problem with “buy local” holds true.

“Buy local” advocates tend to think of trade as a way to fund specific suppliers. They would say buying from Virginia is supporting Virginia, and buying from Florida is supporting Florida. They believe the supplier receives all the benefit at the expense of everyone else. However, voluntary trade benefits both sides.

Family members divide their labor by talent and inclination because the family is better for it. Trade within Charlottesville allows each of us to benefit from the expertise of others. Trade within Virginia or the United States adds even more specialties from which we can benefit.

Expanding “buy local” to “buy American” gives us a vast number of excellent products to purchase and enjoy. As a country we have nearly all food, manufactured goods, and services covered. And yet, should we buy only U.S. bananas?

We do have a small number of domestic bananas grown in Florida and Hawaii. But national banana independence would be at the expense of Florida orange groves and Hawaiian pineapples. Most people need no convincing that coaxing banana plants to grow in America would be too expensive. In the same way, no national campaign is needed to ensure that Florida grows our citrus fruits, California our grapes, Georgia our peaches or Idaho our potatoes. The markets naturally figured it out, and every consumer is richer as a result.

Last summer we visited the Charleston Tea Plantation that produces American Classic Tea. It is the only North American tea plantation for a reason. The Bigelow family purchased the plantation in 2003, and 2012 was the first year they made a profit.

One tea bush produces about three thousand leaves each year. They are picked by hand through multiple harvests in spring and summer to avoid damaging the leaves too much. After harvesting and processing, these leaves make just a pound of tea.

Around the world, workers pick tea by hand, earning a few dollars a day. The process is labor intensive and impossible to do profitably in America. Losing money on tea production, the Bigelow family has transformed the plantation into a delightful tourist destination.

Most of the tea sold by the Bigelow family is grown in China, India or Sri Lanka and is not part of the America Classic Tea label. That’s where the Bigelows make their money.

This is the same reason why American manufacturing is moving overseas. Apple‘s iPad is assembled by Taiwan’s FoxConn. It requires about 9 hours at $1.11 an hour. Average U.S. manufacturing labor costs are $32.53 per hour. That would add an extra $283 to the cost if the production was moved home.

Neither tea plucking nor manufacturing is an area where the United States has a comparative advantage. Even if Americans could pick tea faster, these activities are not worth the time and effort of our skilled workers. Economically we all have better things to do. And this is true even despite our currently high unemployment rate.

Long before Americans would take jobs picking tea or assembling iPads, they would take one of the many alternatives available. Picking citrus in Florida, grapes in California or even unemployment benefits or food stamps are better than working at an Indian tea plantation or a FoxConn assembly station.

America will continue to lose jobs where we don’t have a comparative advantage and gain jobs where we do. Although we haven’t addressed any of the common moral concerns, economically this change should be welcome. When each specializes, each is more prosperous. Left to itself, the economy naturally moves towards optimum specialization. We will continue to specialize at what we do comparatively better than the rest of the world.

Although the supporters of “buy local” or “buy American” campaigns frequently use economic prosperity as their primary justification, limiting the suppliers that local consumers can buy from only impoverishes the local economy. There is no economic justification for regional self-sufficiency.