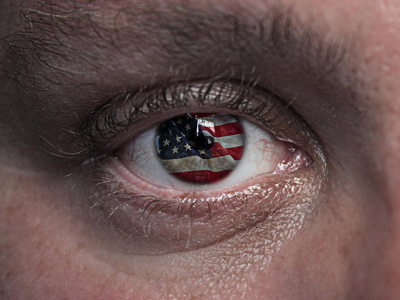 The most often cited reason we should buy American is its supposed economic benefits. However, buying exclusively within a specific geographic region impoverishes the local economy. Voluntary trade benefits both sides. The broader our trading partners, the greater that benefit.

A second rationale for buying American is well-intentioned but not effective. Perhaps we would be economically better off with global trade, it is argued, but we have an obligation to maintain a high moral standard. We insist on a minimum wage for our workers. We have high safety standards and humane working conditions. We should not reward countries that exploit their own people. These arguments, although emotionally moving, actually hurt the truly needy.

Like playing a sport, working for pay is a skill learned by doing. Imagine the people who can’t get hired at a job paying minimum wage. They have a little or no job history. Their communication skills are inadequate. Their education is incomplete. They are unable to follow instructions and even fail to consistently arrive on time.

Training a new employee is costly, not just in salary, but also in the loss of business from the person’s initial poor service and the time and effort expended by other workers to train and supervise the new worker. All this investment is often wasted when the person doesn’t work out.

Some employees are not worth the wage they want. Some are barely worth an unpaid internship. Many might be worth a salary below minimum wage. If applicants are not worth minimum wage, employers can’t afford to hire them. However, any person hired is given a chance to learn the job skills necessary to command a higher salary. Most minimum wage employees who manage to keep the job get a raise during their first year.

The utopian liberal mindset believes nearly everyone is worth minimum wage and that businesses can produce great profits while paying employees $10 or more an hour. If that were true, you should run such a business! Your generous wage would make it impossible for other employers to hire for less.

Minimum wage employers who don’t make a profit are quickly eliminated from the marketplace. Businesses avoid taking on these risky employees to avoid being part of the failed business graveyard. Minimum wage is one reason why minority teenagers have the highest unemployment rates, now at 43%.

What is true of low-skilled workers in the United States also holds true for much of the developing world’s workforce. They cannot compete on anything other than long hours under difficult conditions. Yet they need the money and are eager to work.

Today we buy Dell computers for a fraction of the cost and a thousand times the capabilities. Dell assembles its computers overseas. A worker making 52 cents an hour assembles a Microsoft mouse at the KYE Factory in China. But now a mouse costs $20 instead of $200.

The KYE Factory pay rate includes the price of meals. Responding to criticism, the factory stopped allowing 16- and 17-year-olds to work. But we don’t help them by taking a job choice away. Workers with limited experience and skills don’t have many options. Restricting their choices even more doesn’t help.

What we view as exploitation, others view as an opportunity for advancement. No one is underpaid in a free market. If they had a better choice, they would take it. Most are grateful to have what they consider to be a good paying job.

Even if workers in India started at $5 per day, that wage would improve many people’s standard of living. Any indoor job with the prospect of advancement is better than picking over heaps of garbage in the blazing sun.

Complaining the foreigner’s willingness to work for less is displacing domestic jobs and making employment more difficult equates to someone who earns $3.25 million claiming that workers earning $65,000 are stealing their jobs. Workers earning 50 times more are so much more highly skilled and educated, there is no direct competition of labor. Such highly trained workers should be put to work using their skills, rather than usurping jobs from low-skilled inexperienced workers.

Migrant workers in the United States fare even better than those in India. The minimum wage for an authorized Mexican seasonal agricultural worker in the United States is about $80 a day. Mexico’s minimum wage for low-skilled work is under $5 a day. Earning 16 times as much as they can in their native country is quite an incentive. Studies have found such employment greatly benefits the workers and their families. They compete for the opportunity to return to the job year after year.

We would not want someone earning multiples of what we make prohibiting our employment by supposedly helping us. The true moral response is to treat others as we would want to be treated.

We want to be able to choose to work for a given wage. We don’t want someone else making that choice for us. For those who prefer working for pay over not having the choice to work, that’s the same as wishing there wasn’t a minimum wage.

It speaks highly of us when we affirm the fact they are given the choice to work and reflects poorly on us if we boycott their goods demanding that choice be removed. The next time you encounter a foreign-made good when you use your computer, eat a banana or drink a cup of tea, remember this: You are helping to employ the world’s poor and pull them out of poverty.