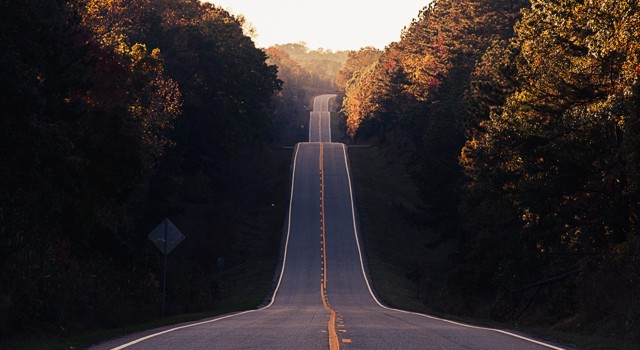 Most people think the government should do something to solve perceived problems in corporate America. In my most charitable moments, I believe these sentiments are well-intentioned naiveté. In my more cynical moments, I believe fascism is on the rise in America.

Fascism is socialism hiding beneath a capitalistic facade. Whereas socialism abolishes private ownership, fascism retains the appearance of private ownership but intervenes in the free markets to bully nominal owners to act in the so-called greater national interest.

The fact that many of you will ask, “What’s wrong with the government forcing individuals and businesses to act in the greater national interest?” shows the prevalence of fascist thinking in America today. Mussolini argued that in the fascist state, citizens should honor the nation over their own selfish motives. Hitler argued that the state should retain total control to ensure that property owners could not use their property against the interests of others. Currently, both these dictators would receive accolades all around. Your own first reaction may be in sympathy with these views. But consider carefully before you decide to support the evils of governmental intrusion.

Political theory is lost on most of us without a concrete example. So let’s consider my experience with the government’s intervention in General Motors (GM). I purchased a GM bond in 2005 scheduled to mature at the end of 2014.

Even when I bought the bond, all was not well with GM. The company’s hourly labor costs in the United States were $73.73 an hour, compared with only $48 for Toyota. Both firms actually paid about $40. But at GM, union-negotiated benefits had swamped profitability.

On the positive side, Rick Wagoner, GM’s chairman and CEO, was moving toward profitability. GM’s foreign production was profitable and growing. Wagoner cut GM’s expensive American workforce from 177,000 to about 92,000. He also globalized GM’s engineering, manufacturing and design. None of these changes were popular with the UAW, of course. Unfortunately, without enough concessions from the union, GM’s international profits couldn’t support its domestic labor costs.

Now GM is on the brink of bankruptcy. You might think I would welcome a government bailout. But as a GM bondholder, bankruptcy is not the worst outcome. What would be worse is a restructuring that leaves bondholders with only pennies on the dollar so the government and the UAW can siphon off most of the company’s value.

GM has been paying insurance to the Pension Benefit Guaranty Corporation for years. Under current law, if the company goes bankrupt the government must cover retirees. Thus the government has a great incentive to avert bankruptcy. It would save massive pension insurance costs and also pay back the UAW for its support of the Democrat Party.

The union also has a financial motive to avoid bankruptcy because otherwise retirees’ benefits would be capped. They would no longer receive company-sponsored health benefits. The government and the UAW are thus motivated to collude in any deal that isn’t as drastic as the restructuring under a regular bankruptcy.

But these are both losses that hundreds of bankrupt companies have unloaded on workers and federal pension insurance in equivalent situations. What is completely unprecedented is to force bondholders, who had nothing to do with owning or running the company, to pay these losses. Bondholders are private entities or individuals who loaned the company money, expecting to be compensated. And in a standard bankruptcy reorganization, they are near the head of the line to be repaid.

When the government intervenes in the free markets, overrides the normal legal process and takes a position to help some people to the detriment of others for its own political purposes, that is fascism. The government is not intervening out of a sense of altruism. No benevolence is being shown to the widow whose pension includes a GM bond. The government is not forgoing its savings in the pension insurance program to help the company. Instead, it is taking the lion’s share of GM capital when legally it deserves nothing.

Just because we don’t see any storefronts with broken glass doesn’t mean it isn’t fascism. Many average investors are seeing their investment confiscated by political intervention to benefit federal pension insurance money and political special-interest groups such as the UAW.

As the primary shareholder in a corporation, the government is in no position to experiment with socially engineering that will concentrate on green vehicles, only to turn around and pass tax credit legislation for manufacturing or buying such vehicles. It’s this massive corruption and conflict of interests that makes fascism so dangerous.

GM has also gained most of its profitability from overseas manufacturing and sales. But with the government running the company for the benefit of the UAW, it will never approve GM expanding offshore. Even if it makes perfect business sense, the government would never allow GM to build a big new facility anywhere outside the United States. Rather than acting in a responsible fiduciary manner toward its shareholders and making the company profitable, it will pander to the political sentiment that opposes outsourcing jobs.

Many justify government intervention by citing the 1979 bailout of Chrysler under Lee Iacocca. Of all the misguided strategies of the past, the continued failure of Chrysler should be evidence enough. Perhaps if we hadn’t rescued Chrysler, some of their market share would have helped make GM more profitable.

In fact, in 1979 it was again the government that profited from the Chrysler loan guarantees by exacting $300 million from the company in stock options. Bailing out Chrysler helped destabilize GM. And bailing out GM will destabilize Ford.

Since I purchased my GM bond, the political winds certainly have changed for the worse. I feel like Captain von Trapp in the “The Sound of Music.” Max warns him, “What’s going to happen’s going to happen. Just make sure it doesn’t happen to you.”

The winds are blowing cold for free enterprise. I hear the crushing march of jackbooted capitalism. If all of this seems melodramatic, so did the fuss over a few broken windows among some Jewish small business owners in 1938.

And thousands like me have still been preempted in line to get our bonds paid back.

Photo by Matt Duncan on Unsplash